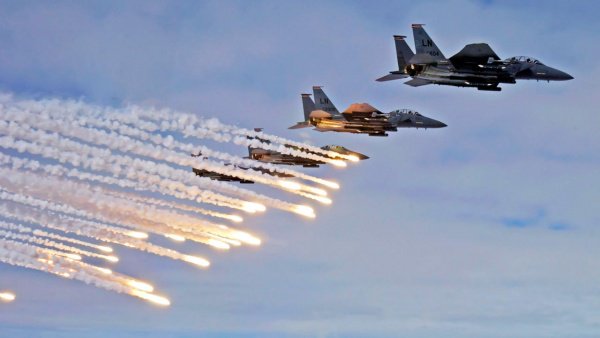 A field commander of the Iranian-backed Houthi terrorist militia has been killed in raids by Arab coalition fighter jets to support legitimacy in Yemen targeting militia positions in Hajjah province in northwest Yemen.
A Yemeni military source said the coalition fighter jets launched six raids on sites and gatherings of the Iranian-backed Houthi militia in the district of Abs, according to the website of the Yemeni Ministry of Defense.
The source said that the raids hit an operation room of the Houthi terrorist militia in the area of Badah, pointing out that the raids resulted in the death of the terrorist Houthi, and wounding a number of others, in addition to the complete destruction of the operation room.