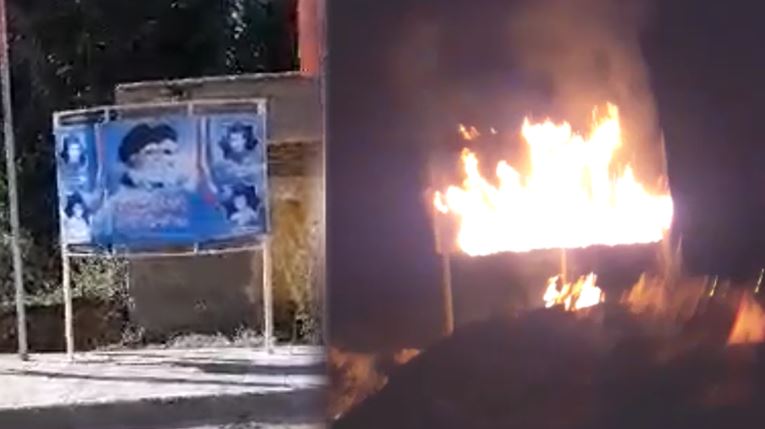 In the early hours of Monday, September 16, 2019, defiant youths torched huge billboards of the Iranian regime’s Supreme Leader Ali Khamenei and Islamic Revolutionary Guard Corps (IRGC) and Bassij bases in cities of Karaj (west of the capital), Orumiyeh, Khoy and Makoo,(northwest) and Roudsar and Rezvanshahr (north).

Torching the mullahs’ regime’s symbols and writing anti-government slogans on the walls as well as putting up posters of the People’s Mojahedin Organization of Iran (PMOI) founders and Resistance’s leaders in past three weeks in 75 cities across Iran by the defiant youths.