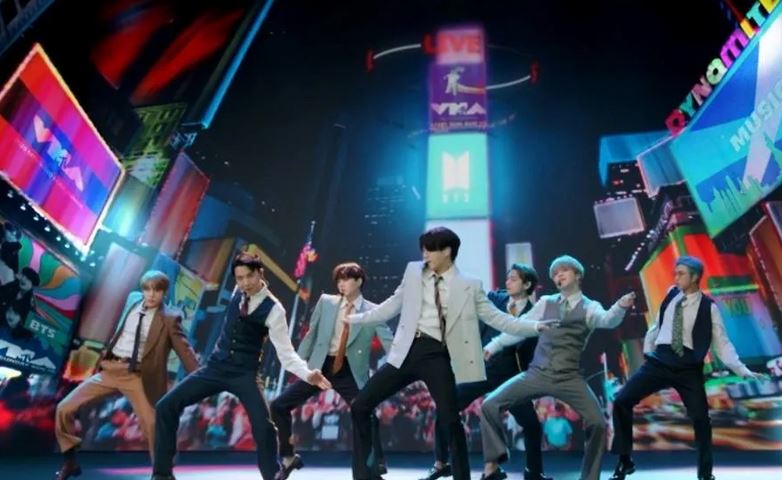 K-pop sensation BTS's US-chart-topping single Dynamite could generate more than US$1.4 billion for the South Korean economy and thousands of new jobs in the country, a government study claims. (Photo: AFP)
SEOUL - AFP

K-pop sensation BTS' US chart-topping single Dynamite could generate more than US$1.4 billion for the South Korean economy and thousands of new jobs in the country, a government study claimed Monday (Sep 7).

The trailblazing septet cemented their prominence in the world's biggest music market last week, when the all-English track debuted at number one in the Billboard Hot 100.

The feat had previously eluded rapper Psy, whose Gangnam Style was a global megahit but peaked at number two in the US for seven weeks in the fall of 2012.

The study by South Korea's Ministry of Culture, Sports and Tourism and a government tourism institute projected that the track would generate 1.7 trillion won (US$1.43 billion) of economic activity and nearly 8,000 new jobs.

As well as direct sales of more than 400 billion won, it would lead to nearly 600 billion won of cosmetics sales and almost 180 billion won in food and drinks, the study found.

The estimates were drawn from analysing the sales of the BTS's label Big Hit Entertainment, along with statistics from South Korea's Customs, the central Bank of Korea and Google Trends data.

It excluded foreign tourism in the face of tight travel restrictions imposed by Seoul over the coronavirus pandemic.

"If we include the projected tourism revenue down the road ... we expect the economic impact to be stronger," the ministry said.

K-pop - along with K-drama soap operas - has been one of South Korea's most successful cultural exports and is a key component of the "Korean Wave" that has swept Asia and beyond over the last two decades.