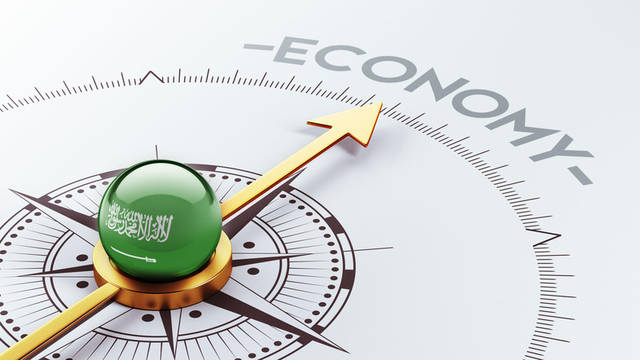 Saudi Arabia is undergoing a major economic transformation thanks to the implementation of the Vision 2030 program, which is considered to be the instrument designed for the promotion of businesses, modernization of the country and its regulatory framework, and opening the Kingdom’s doors to the outside world.

Considering entrepreneurship as one of the most effective ways for creating new businesses, grow companies, and generate employment; the role of entrepreneurs in the economic development of Saudi Arabia is of utmost importance. To establish the contribution of the entrepreneurial ventures to the Kingdom's economy, it was necessary to have a scientific source of information, rich in reliable and valid data, which could provide facts and figures beyond the quantity and sector of entrepreneurial ventures.

In order to design public policies to promote this sector, it was necessary to know the characteristics of the subjects involved in early stage entrepreneurial activities. Likewise, it was essential to know aspects such as the degree of social support for entrepreneurship, the prevalence of entrepreneurial values in the population, the state of the environmental conditions to take the entrepreneurial plunge for promotion of entrepreneurial culture in the Kingdom.

The Global Entrepreneurship Monitor (GEM), created in 1997 and implemented from 1999 (by the London Business School in collaboration with the Babson College USA ) as the most ambitious project to measure and analyse key indicators on entrepreneurship, constituted the ideal platform to join in order to elaborate this type of information and, at the same time, doing benchmark with other countries around the world and of the geographical zone.

The Kingdom of Saudi Arabia re-joined the GEM project in 2016, led by the Prince Mohammed Bin Salman College of Business and Entrepreneurship (MBSC) in collaboration with Babson Global Centre for Entrepreneurial Leadership (BGCEL) to produce annual national report and also contribute to the preparation of the annual global report. Since its inception, MBSC has produced four annual GEM KSA reports along with a first-ever report on female entrepreneurship analysing the evolution of women’s entrepreneurship in the Kingdom.

Following the inaugural baseline issue of the 2016 GEM KSA Report, each subsequent report has captured the evolution of social, cultural, economic, and political factors that have encouraged entrepreneurship to mushroom across the Kingdom.

The results of all these reports show how entrepreneurship and the relevant ecosystem within the Kingdom of Saudi Arabia have continued to develop. We can now say with confidence that the Saudi entrepreneurship ecosystem is primed to draw upon the region’s accelerating transformation of the economy that was fueled by Vision 2030.

It also illustrates that there is a notable improvement in most of the entrepreneurial framework conditions, and the intent to pursue entrepreneurship as a viable career option reached an all-time high among the Saudi populace.

The report indicates the positive impact of governmental interventions and institutions such as Monsha’at but emphasizes on continuous development of financial support and government policies for entrepreneurs, improvement in entrepreneurship education programs at schools and colleges, reinforcing the commercial infrastructure and ongoing investment in effective government programs.

Governments can play a key role in fostering entrepreneurship nationally. This includes eliminating barriers for potential entrepreneurs and implementing policies and programs that can facilitate their efforts.

With Vision 2030, it is clear that the Saudi Arabian government views entrepreneurship as a key contributor to economic growth, industry diversification, job creation, and global competitiveness in the Kingdom. Saudi Arabia has the potential to take a leadership position in growing entrepreneurship in the MENA region and globally.

GEM Saudi Arabia will continue working to offer reliable and valid data and information so that the Kingdom’s policy makers and all the agents providing business development services in the area of entrepreneurship know the state of the sector and can make the best decisions for its protection and promotion.