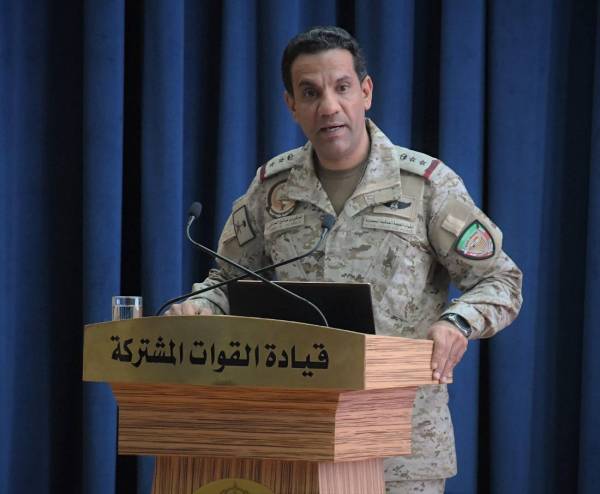 The Coalition Command announces that under its continues efforts to coordinate military and security operation plans and enhance humanitarian and relief action in Yemen, in addition to strengthening the efforts to secure waterways adjacent to Yemeni coastlines, Coalition forces have been repositioned in (Aden) to become under the Kingdom’s command, and redeployed to conform with requirements of current operations.
Coalition forces Command hereby commends efforts exerted by all forces, foremost among which are Emirati forces, that contributed to the success of the plans to execute operational tasks with utmost skill and effectiveness.
In conclusion, Coalition forces Command underscores the continuation of its efforts to sustain security and stability, support all components of the people of Yemen and their legitimate government. May Allah guide us to success.