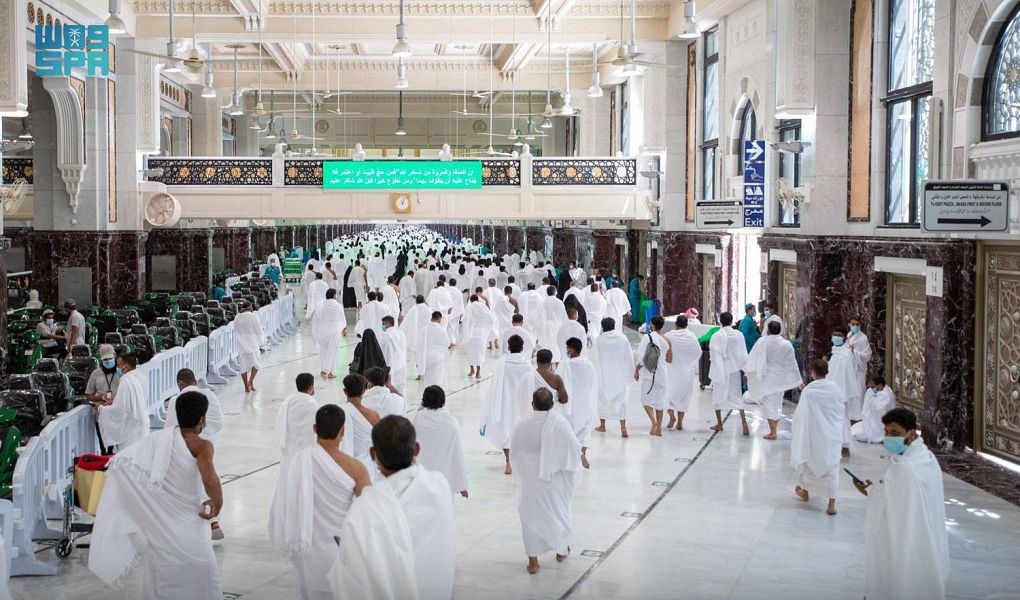 General Presidency of Two Holy Mosques' Affairs: Presidency Intensifies its efforts to keep pace with influx of Umrah performers from inside and outside Kingdom

The official spokesperson of the General Presidency for the Affairs of the Grand Mosque and the Prophet’s Mosque and the Deputy General President for Communication and Media Affairs, Hani Hosni Haider, confirmed that the General Presidency has intensified its efforts and programs to keep pace with influx of Umrah performers from inside and outside the Kingdom, indicating that the presidency's agencies have prepared an integrated plans and mechanisms for crowd management to ensure their safety, along with enable them to perform their rituals with ease and comfort.
The official spokesman added that the presidency receives daily up to (60) thousand Umrah performers, amid an integrated system of services and precautionary and preventive measures.