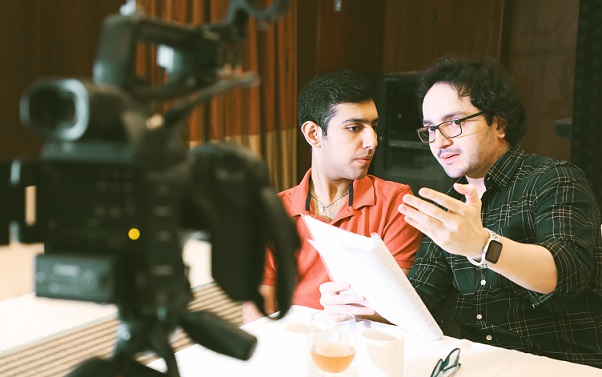 Very rarely comes to sight a boy like Varun Raina, who despite Autism, is intensely passionate about acting and aspires to work professionally in films and the media industry. Varun Raina was trained and guided by UAE based filmmaker & Acting Coach Tanveer Ahmed over a span of numerous months during the acting courses conducted by Creative Bites. Varun was gradually cultivated to execute the various complex film acting techniques, and was eventually cast in two short films till date with his third Short film currently under production.

Varun performed the role of a cook in his first comedy short film 'Ninja Mafia’ in the year 2018, and a blind boy, in a family drama ‘Bury It in Your Heart’ in January 2019. Both the films were written & directed by Mr. Tanveer Ahmed and were produced by Creative Bites. These films garnered thousands of views and positive feedback from both viewers and critics following its release on the YouTube channel of Creative Bites. Varun has become an inspiration to all those who are aspiring to pursue acting and wish to chase their dreams regardless of their hardships.

Varun has put several hours of sincere practice during the training sessions to learn the various forms of acting and developed the confidence to perform in front of the camera. Taking into account Varun's zeal for acting and advancing performance, Creative Bites accepted him in the short film program, whereby he was further trained and cast in two distinct short films throughout the last one and a half year along with other students. 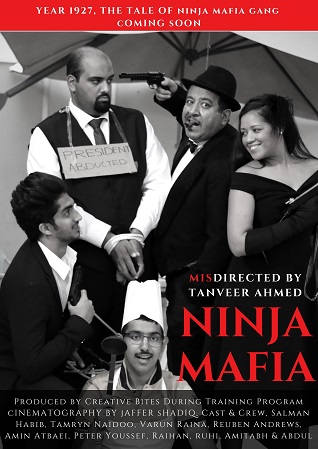 Tanveer, who has written and directed more than 25 short films to his credit says, “Acting before the camera is an art, any individual with an ample amount of passion can learn the tricks and techniques essential to perform like a professional. We've been through the journey of several actors who began from scratch and ended up getting commendable roles in ads, television and feature films. Varun is a brilliant example of someone who despite of the various challenges, was committed to learn the craft and was ready to challenge himself.”

Varun's mother, Mrs. Neena Raina has been putting a lot of effort into honing Varun's overall personality since his childhood. It’s the result of her hard work and determination that today Varun is at par or one might even say is far more successful than other boys of his age group.

“Varun was always interested in Acting but we weren't sure about him performing in front of Camera. With the enrollment in Tanveer’s classes, the world changed for Varun, and he emerged as a more confident actor and a person as a whole. I see tremendous changes in Varun's speaking abilities, his confidence, eye movements, and overall personality. He can perform a variety of roles and emotions with ease. Acting is a stress buster for him and it's giving him freedom of expression. When we proposed Varun’s name to become part of the short film program of Creative Bites, they accepted him wholeheartedly without any hesitation. We thank Mr. Tanveer for his patience and support. Creative Bites is a real place of inclusion, where Varun was incorporated as part of all the other actors of different ages & nationalities.” says Mrs. Neena Raina, Varun's mother

Lead by Mr. Tanveer Ahmed, the Short film Program is a course, exclusively offered by Creative Bites in UAE. Such a similar program is not likely to be offered anywhere around the world, whereby students learn acting while performing in their own debut short film. The course begins with a training session in film acting and progresses with a customized short film script conceived for the students. The students go through & learn the entire film making process as actors. These short films are professionally shot, edited and is then released on the official YouTube channel of Creative Bites.

In a world where we all curb our inner passion, and opt to follow the herd, citing some or the other kind of excuse, Varun is a phenomenal example of someone who is making way for his dream despite of all odds. It’s truly a triumph of his passion and dedication.