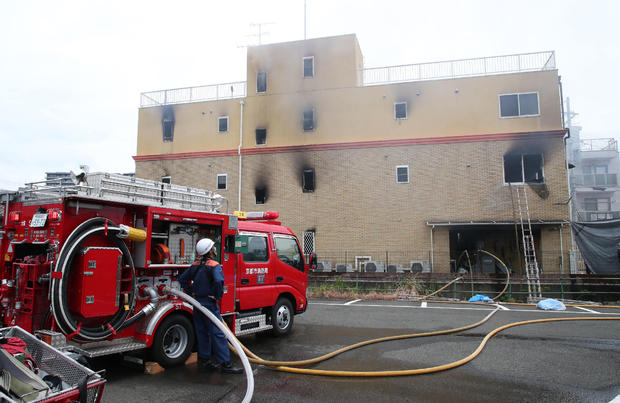 A fire caused by suspected arson in the Japanese city of Kyoto on Thursday was "too appalling for" words, Prime Minister Shinzo Abe said on Twitter, offering condolences to the victims, according to Reuters.

At least 13 people were feared dead and dozens more either unconscious, hurt or missing in a suspected case of arson at an animation studio in Kyoto, the fire department said.