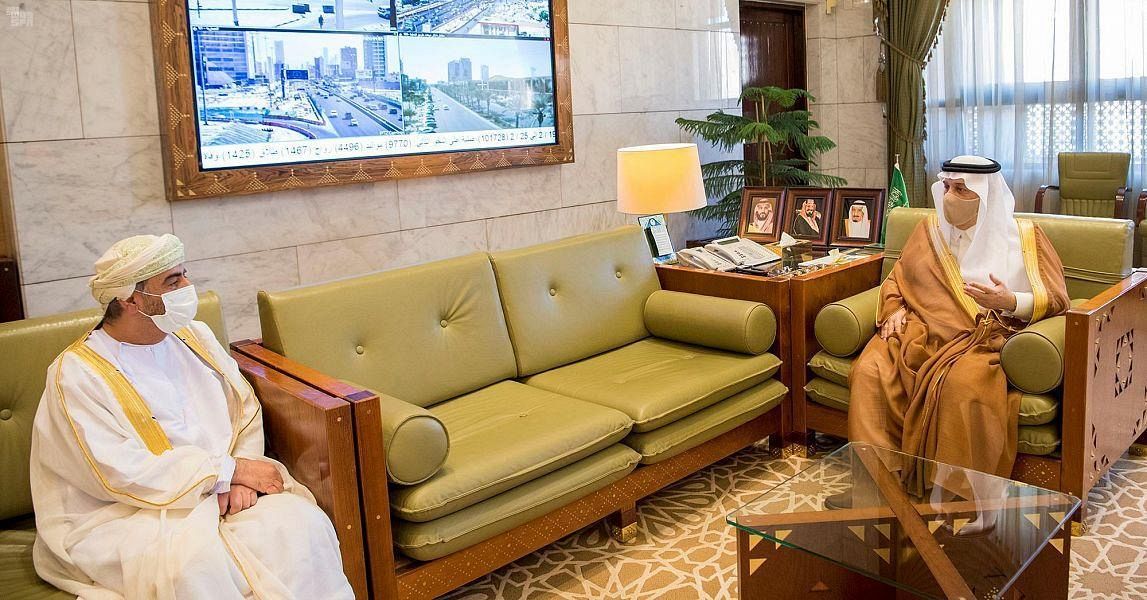 Prince Faisal bin Bandar bin Abdulaziz, Governor of Riyadh Region,
received at his office in Riyadh today the Ambassador of the Sultanate
of Oman to the Kingdom of Saudi Arabia Dr. Ahmed bin Hilal Al-Busaidi.

The Ambassador bade farewell to the Governor on the occasion of the
end of his term as his country's ambassador to Saudi Arabia.