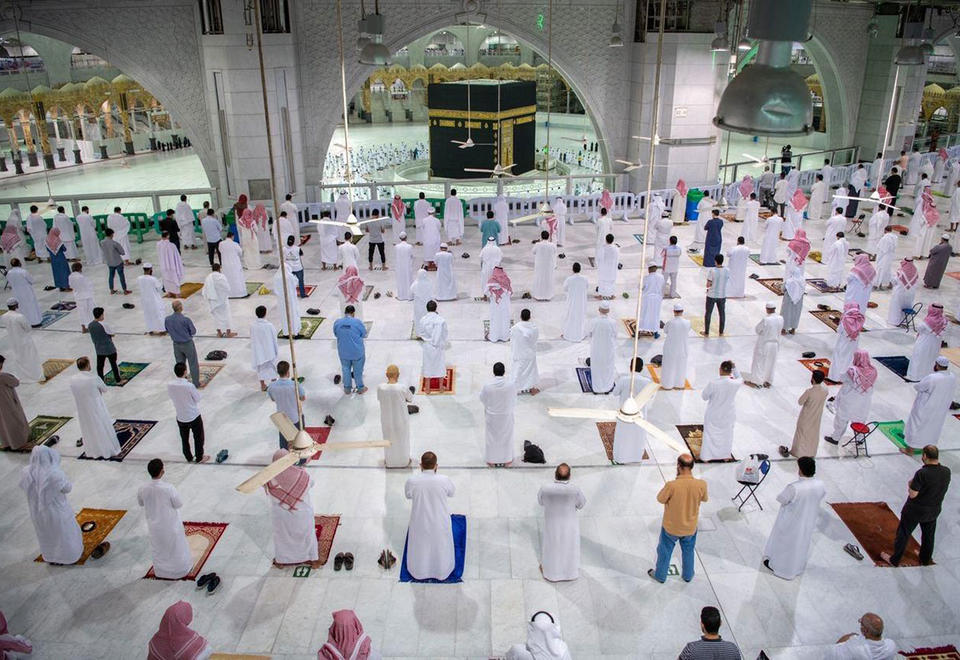 By 75% of Capacity, the Hajj Ministry Announces Starting of 2nd Phase of Gradual Resumption of Umrah, Visiting

The Ministry of Hajj and Umrah, in cooperation with the concerned authorities, began implementing the second phase of the gradual resumption of performing Umrah and visiting, as it received Umrah performers (citizens and residents) from inside the Kingdom, while it will receive worshipers at Salat Al-Fajr (dawn prayers) of tomorrow, on Sunday 18 October 2020.

This comes in implementation of the royal directives to gradually allow the performance of Umrah and the visit according to four stages, while taking necessary health precautions in response to the aspirations of many of Muslims inside the Kingdom or abroad to perform the rituals of Umrah and visit.

According to the executive plan drawn up by government agencies, the second phase of the resumption of Umrah and the visit will witness greater numbers than the first phase, by 15,000 Umrah performers and 40,000 worshipers per day as a maximum, as citizens and residents will be allowed to perform Umrah by 75% of the capacity that that takes into account observing the precautionary health measures across the Grand Mosque, and each group will be allocated 3 hours only to complete the rituals of Umrah, and they will also be allowed to pray at Al-Rawadah Al-Sharifah, inside the Mosque of the Prophet Muhammad (PBUH) and greet the Prophet and his companions by 75% of the capacity that takes into account the precautionary health measures at Al-Rawadah Al-Sharifah of the Prophet's Mosque.