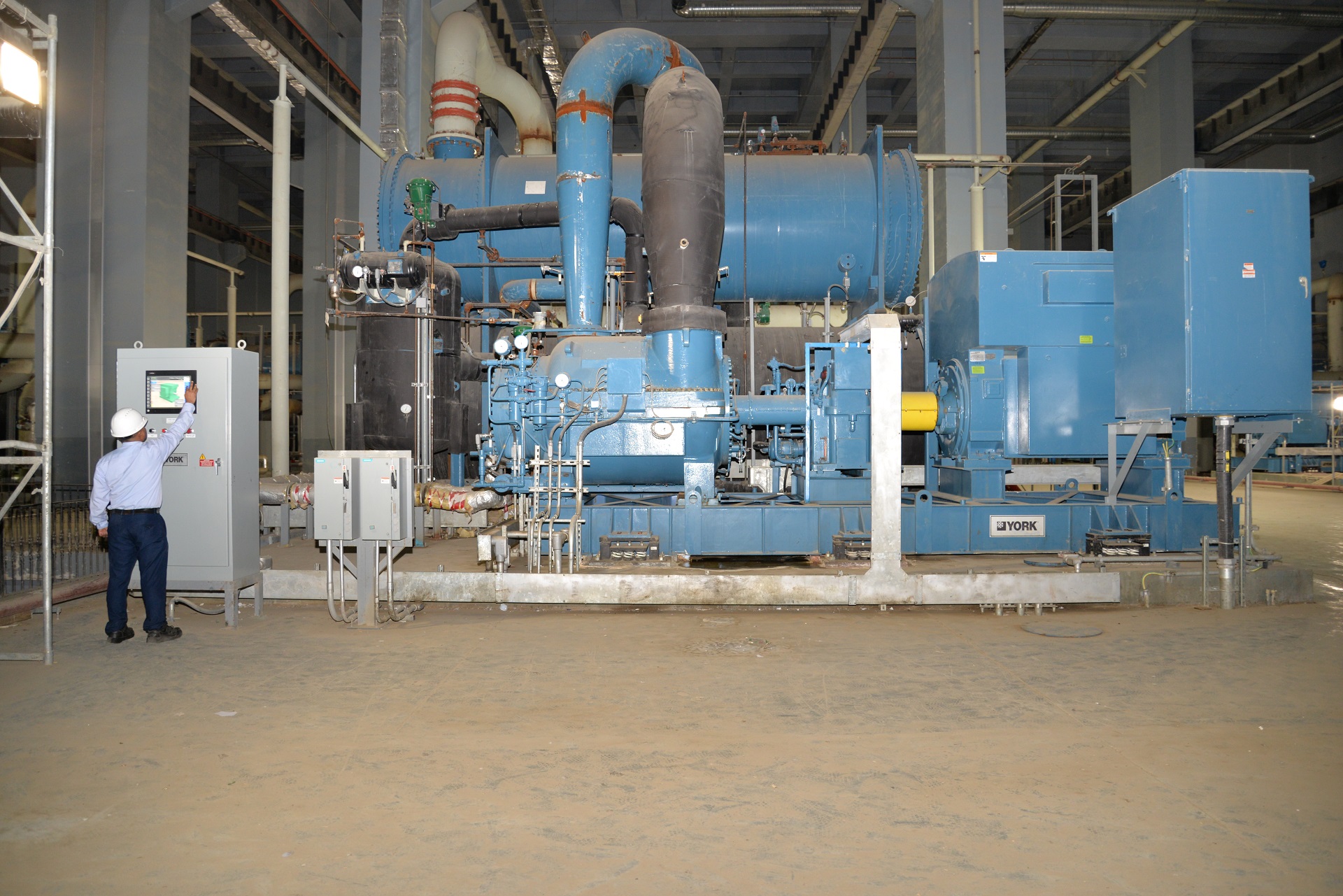 Al Salem Johnson Controls (YORK), the HVAC leader, is proud to serve the guests of Allah in Makkah Al-Mukarramah; by accompanying the pilgrims to perform the Hajj rituals in a fresh and cool ambient, throughout their whole Hajj journey; especially in Makkah’s Grand Mosque. It is in charge of the operation and maintenance of the Grand Mosque’s Ajyad and AlShamiyah Cooling Plants, the latter considered to be one of the two largest cooling plants in the world.

In view of the continued risk of the covid-19 pandemic, Saudi Arabia is allowing Hajj for a limited number of people this year. This will ensure the annual pilgrimage is performed in a safe environment, and in accordance with all preventative measures; including necessary social distancing protocols, to protect pilgrims from any health risks associated with this pandemic.

Al Salem Johnson Controls (YORK) pointed out that the total cooling capacity of the two cooling plants is 159,000 TR (equivalent to the cooling required for 15,000 medium-sized apartments). YORK Chillers pump the chilled water to more than 1,000 Saudi-made Air Handling Units (AHUs), located inside the Grand Mosque, which distribute 100% fresh and cool air that reaches every corner of the Grand Mosque. This is possible attributable to the Chillers’ latest technologies and the AHUs’ highly-efficient filtration system, all of which help in maintaining the required temperature and humidity levels necessary for ensuring a comfortable ambient for the pilgrims.

The cooling capacity is regulated by the amount of pilgrims and worshipers inside the Grand Mosque; thus, owing to the reduced number of pilgrims in this year’s Hajj Season, the total cooling capacity will be halved to nearly 80,000 tons (equivalent to the cooling of 8,000 medium-sized apartments), provided through 63 YORK Chillers located inside both Ajyad and AlShamiyah Cooling Plants.

From the very beginning, Al Salem Johnson Controls (YORK), in collaboration with the consultants, worked towards designing a highly-efficient and smart HVAC System for the Grand Mosque, taking into account the crowded variability nature of the Mosque all year long, as well as ensuring the ability to increase the cooling capacity required of the two cooling plants, to adapt to the Kingdom’s ongoing expansion project of the Grand Mosque. 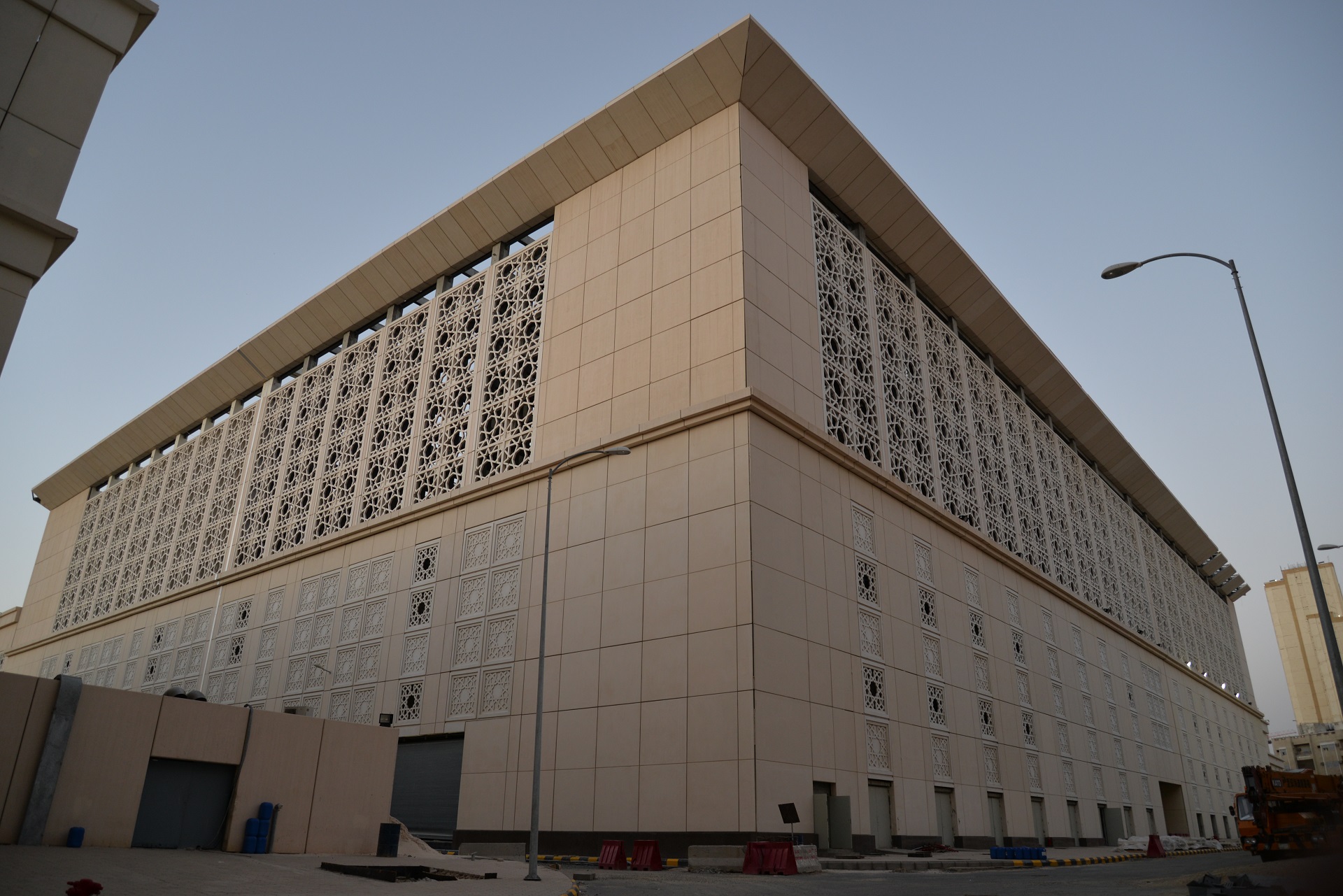 Al Shamiyah Plant is one of the two world’s largest cooling plants of its kind, and embraces 24 YORK OM Centrifugal Chillers, the largest of their kind in the world. These Chillers’ technology was customized and engineered especially to meet the requirements of the Grand Mosque. Each of these Chillers weighs 170,000 Kilograms and is flexible, reliable, effective and accurate, with a lifespan of 40-50 years. Its special industrial sophisticated design helps in long-term operation with high efficiency, while the Variable-Speed Drive (VSD) technology contributes in reducing the annual energy consumption by about 30%, in addition to reducing the sound level.

The Al Shamiyah OM Chillers feature a "smart control technology," which enables the Chillers to estimate the rate of congestion inside the Grand Mosque, by calculating the difference between the temperature of the water pumped to and returning from the Mosque. Accordingly, the Chiller increases or decreases the cooling capacity. The Plant offers sustainable cooling solutions, as its Chillers use a “Chilled Water System”, with an eco-friendly refrigerant. 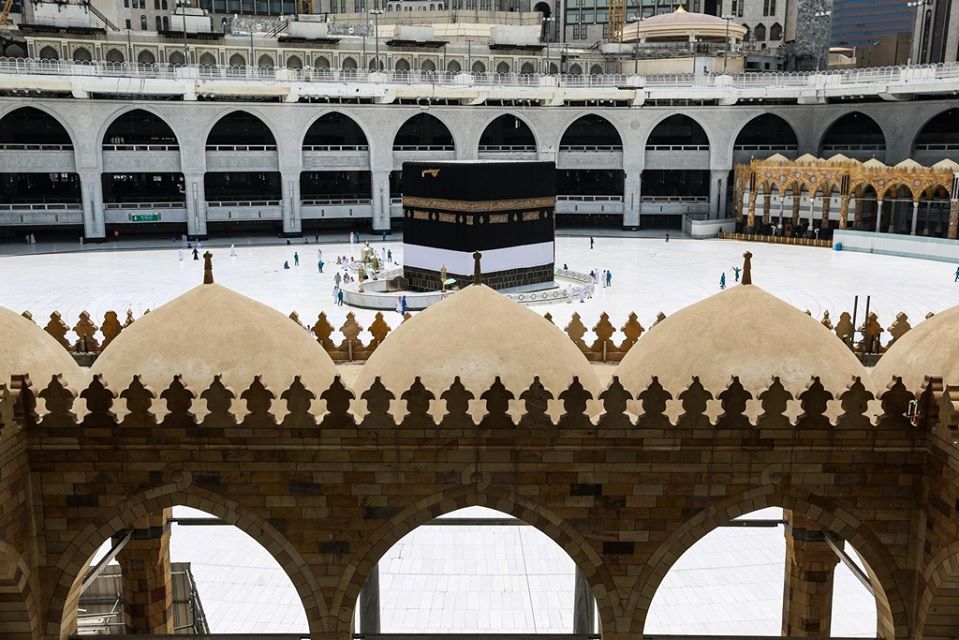 The cooling system inside the YORK OM Chiller starts by pumping the treated water to an “open-water circuit”, in order to cool another batch of water inside a "closed-water circuit." The chilled water is then pumped through an underground tunnel to the Air Handling Units (AHUs) inside the Grand Mosque.

Inside the AHUs, the hot air from the Mosque makes contact with tubes holding running chilled water, causing “heat exchange”.  In this process, the air entering the AHUs absorbs the water’s cool temperature, and consequently the AHU blows the cooled air inside the Mosque, while the water inside the tube absorbs the air’s heat, and then continues its journey back through the tunnel to the Chillers to be re-cooled, and back to the Mosque, in a closed and continues cycle.

When the hot water from the mosque returns to the Chillers, the water inside the "open circuit" - by means of the refrigerant – re-cools the water by absorbing the heat from it. This absorbed heat, leads to partial vaporization of “open circuit” water, which is then released outside the Cooling Plant building, through the cooling towers. It should be noted that the expelled vaporized water is free of any substances that may harm the environment.

To ensure that the required amount of water is preserved within this "open circuit" after a part of it has evaporated, the Chillers feature a "smart technology" to calculate the shortage of water and automatically refill it from a dedicated treated-water tank. Each Chiller consumes 817 cubic meters of recycled treated-water daily in normal conditions (Equivalent to about 46 water tanker-trucks with a capacity of 18 tons each). It is worth noting that the evaporation rates differ in accordance with the temperature outside the Cooling Plant, time of the day or night, and season.

Al Salem Johnson Controls (YORK) has dedicated a team of over 200 engineers and technicians servicing Makkah city and the surrounding Holy sites, to respond to any maintenance and repair requests from hotels, hospitals, mosques and others. Out of which, more than 100 technicians are dedicated to the Grand Mosque and the two Cooling Plants 24/7, for efficient operation of the HVAC System and rapid maintenance response whenever required.

Every year, the company dedicates an additional “response team” during the Hajj Season to quickly respond to any maintenance requests or emergency situations, to ensure the comfort of pilgrims in Makkah and the Holy Sites.