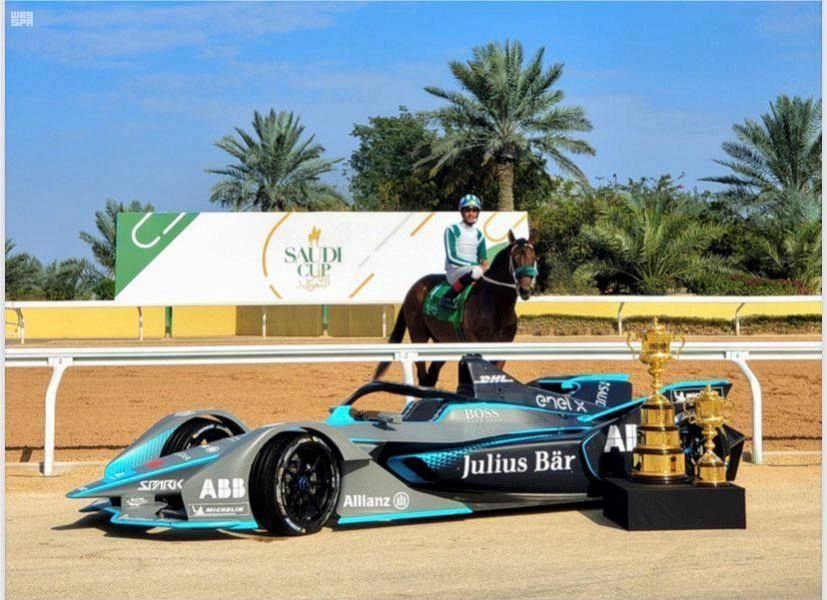 The Kingdom of Saudi Arabia will host the Formula E World Championship, for the third year in a row, on February 26 and 27 in Diriyah E-Prix Circuit. The race will be held in the evening by lighting the track with LED lights for the first time in Formula E history. The race will be organized by the Ministry of Sport in cooperation with the Saudi Automobile and Motorcycle Federation, with the participation of 24 competitors representing many famous companies in the electric sports cars industry such as Porsche and Mercedes-Benz.
The sports sector is witnessing great support by the Custodian of the Two Holy Mosques King Salman bin Abdulaziz Al Saud, that made it continue its achievements in all sports fields and with direct follow-up by His Royal Highness Prince Mohammed bin Salman bin Abdulaziz Al Saud, Crown Prince, Deputy Prime Minister and Minister of Defense, the Kingdom has hosted many global sporting events of all kinds.
The past sports seasons hosted in the Kingdom have received attention locally and internationally, in addition to attracting many sporting events. Hosting such events moved the Kingdom into a new sporting era that fulfills the aspirations of the leadership and the people.
The Kingdom has hosted the 2nd Saudi Cup on February 19 and 20, which is the most expensive horse race tournament in the world, with total prizes of $30 million.