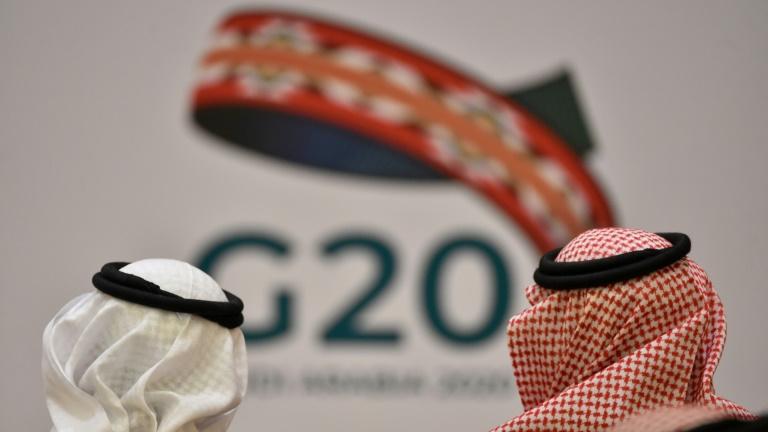 Legacy: G20 Countries Harnessing Technologies and Innovation for the Future

The Saudi G20 Presidency has been a leading force in empowering the world with digitalization, as well as increasing the importance of boosting equal job opportunities and increasing digital market access for Micro, Small and Medium Enterprises (MSMEs).

In an interview yesterday, the Minister of Communications & Information Technology, HE Abdullah A Alswaha who is also the chairman of the G20 Digital Economy Task Force highlighted the way the Saudi G20 Presidency was able to keep its vital work going by moving to secure virtual environments. Allowing the swift and unprecedented action the G20 could agree on to tackle Covid-19 such as $21bn for health systems, over $11tr injected into the global economy and $14bn for the most vulnerable countries in the world at their time of greatest need.

HE Abdullah A Alswaha made the remarks during an interview with CGTN adding: "After COVID-19 hit us, there's only one truth in life right now, which is that undoubtedly digitalization is the largest social equalizer and an economic multiplier, and this is going to be the fuel that would help us achieve further consensus"

He also highlighted how members were able to develop a common framework for measuring and assessing the digital economy under the G20 Saudi Presidency.

HE the Minister shed light on the achievement saying: "Our ability to dissect what does that digital economy look like; where can we focus for the highest GDP and jobs and local content impact to make sure that no one is left behind; has been such a remarkable achievement for us. We are very proud that we finally drove consensus, and we linked it all together as G20 nations.”

Yesterday, HE Dr. Abdullah AlGhamdi, the President of the Saudi Data and Artificial Intelligence Authority and the Chairman of the Organizing Committee of the Global AI Summit held a Media Briefing on Shaping New Frontiers at the International Media Center in Riyadh.

Saying: “Hosting over 170 virtual G20 meetings over the past months, we demonstrated how we can leverage technology to overcome even the most challenging barriers and keep up the momentum of global collaboration on the world’s most pressing issues.”

And went on to draw the parallel between Saudi efforts and those at G20 level to promote access to opportunities afforded by new technologies to all, saying:

“This year we launched an ambitious national strategy for data and AI focusing on socioeconomic and human development with a clear objective to transform Saudi Arabia's workforce with a steady local supply of Data and AI-empowered talents, and to enact the most welcoming legislations for Data and AI talents.”

The Saudi government targets by 2030 to train 40% of the relevant workforce on data and AI, to have over 20,000 data and AI specialists, and create up to 40,000 direct and indirect jobs related to data and AI.

Further information about the G20, including the Presidency Agenda and full program of events, visit www.g20.org