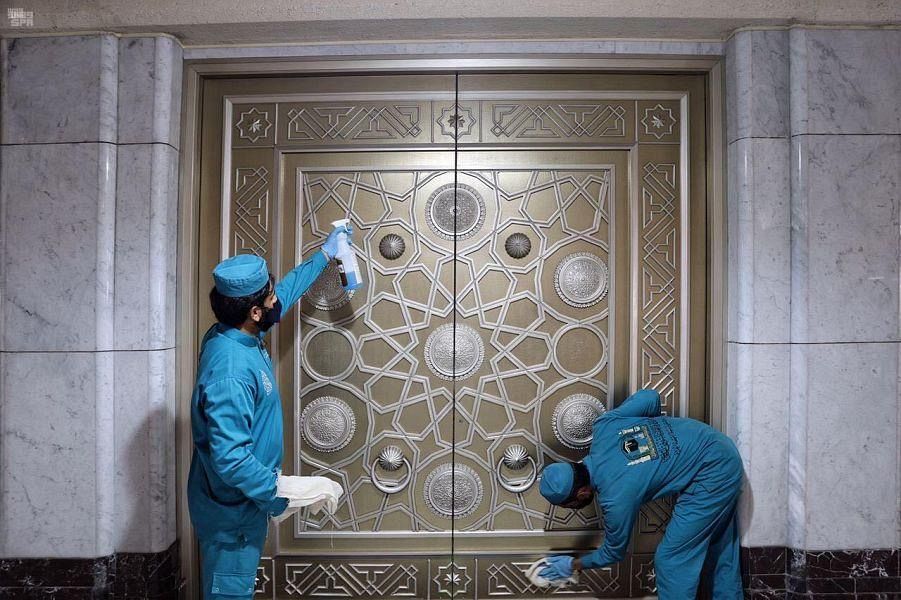 The process of cleaning and sterilizing the entire Grand Holy Mosque and its courtyards takes 35 minutes. 9 teams consisting of two supervisors for each team undertake the tasks of disinfection and sterilization. 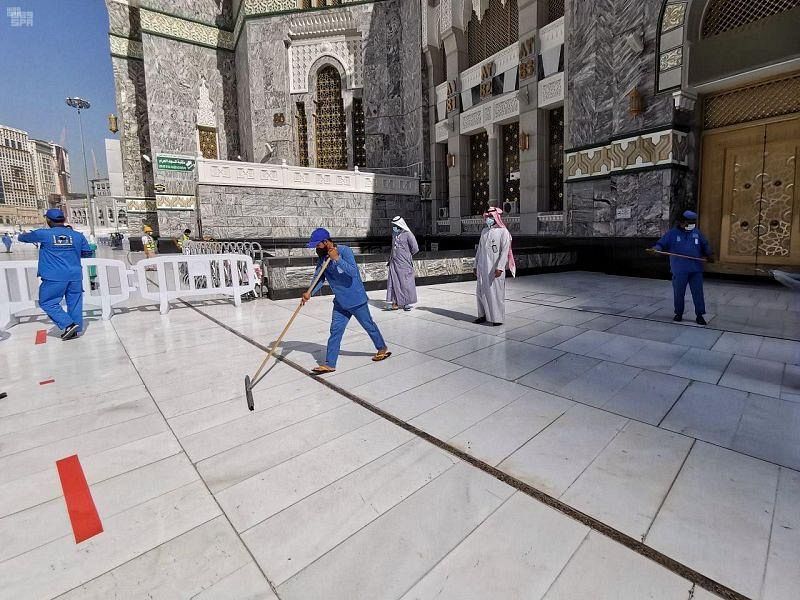 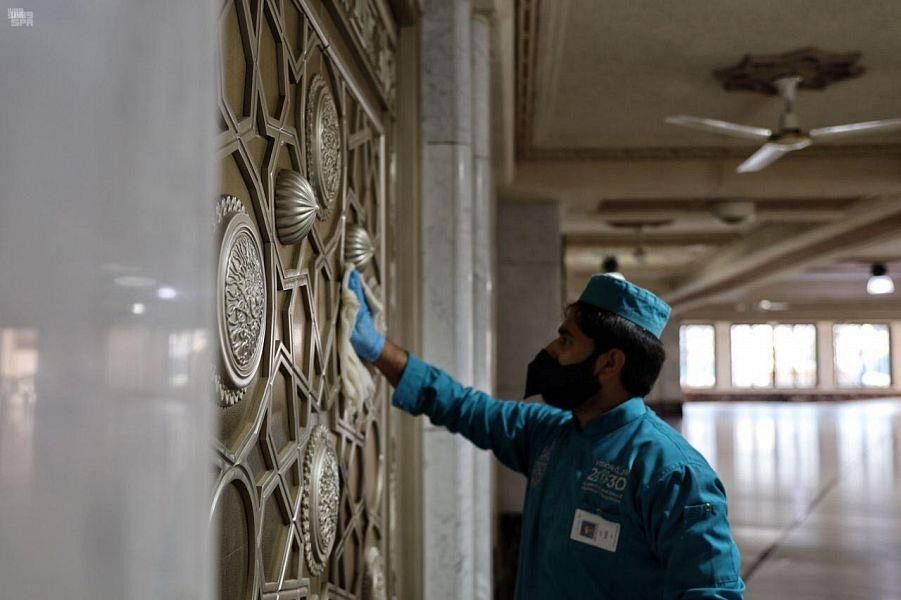