“I've been & am absurdly over-estimated. There are no supermen & I'm quite ordinary, & will say so whatever the artistic results. In that point, I'm one of the few people who will tell the truth about myself” T.E. Lawrence...

There is a brilliant 1994 tourism commercial with suitably catchy campaign slogan for Northern Australia that goes something like this...

So in January 2021 the first name that jumped off the map was Yanbu.  Now I am no Indi-Anna Jane... but Yanbu sounded intriguing to me. It is situated on the Red Sea coastline, in the Al Madinah province.  It is in Saudi, so no need to worry too much about travel plans taking a sudden nosedive and I could easily do it on a long weekend. I am constantly reminded of just how big Saudi Arabia is. The trip to Yanbu is roughly 2 hours, flying! Which equates to a Dublin to Frankfurt flight.

You could say Yanbu is in fact two towns, which are divided by a natural inlet and a big important Port. There is the old side to the north and the newer side to the South. The city supports a population of 222,360, with the vast majority of ex-pats working for the Saudi Aramco oil refineries and the locals working in various government positions.

Yanbu is the second-largest Saudi Arabian city situated on the Red Sea, after Jeddah that is. It was also a significant location during the Ottoman era and the First World War because it was here that the British and local forces were stationed to protect the surrounding areas from invading opportunists.

The outcome was that the 10K Ottoman’s won and overpowered the smaller group of Saudis. Hmm, sounds more like taking a sledgehammer to crack a walnut! However, that state of play did not last for long as modern history records.

Down through the decades, the Saudi forces had the support of the British and formed a special relationship with one English man in particular. British archaeologist, army-officer, diplomat, and writer Colonel Thomas Edward Lawrence became renowned for his role in the Arab Revolt of 1916–1918 and was affectionately known to all as, Lawrence of Arabia.

While he was in Yanbu, Lawrence resided in an ornate wood-paneled 3 storey building that can be found in the historical part of town.  It has become an important tourist destination. That whole area is currently under renovation and parts of it are still not open to visitors.  But, like so much in the region, that site is full of the promise of things of come.

Yanbu’s historical area is situated next to the main commercial Port.  The harbor is a natural formation and protected on both sides by wide coral reefs.  The reefs all along the coast have remained pristine and make for some excellent diving.  How lucky are we few early adopters who are going to see them before anyone else gets here!

I last went diving 20 years ago in Australia, off the West Coast of Perth, in the Indian Ocean, which was a completely different diving experience. However, for this trip, I simply packed my snorkel, factor 50, and a Billabong rashie. I was pretty confident, I would not even need seasickness pills, which speaks to the serenity I was expecting to find when I got to the Yanbu coast.

Yanbu city has 3 districts... Al-Bahr, Al-Nakhal, and Al-Sina'iya to the south. On this trip, I went south to the more modern part of town and because I wanted to be right on the beach during my stay.  I considered all accommodation options and finally settled on the Movenpick Resort Hotel. It offered me the right mix of glam and beach-chic, while the Royal Commission Project next door infers so much more. Watching the sunset on the Red Sea and listening to the evening call to prayer is a magical and truly Arabian experience.

Did you know that the name 'Red Sea' is a direct translation of the ancient Greek word, Erythrina Thalassa!. Erythraean was the term applied by Greek and Roman geographers ...  A widely held hypothesis on the origins of the Red Sea's name relates to a bacteria called Trichodesmium erythraeum, which turns the normally azure waters a reddish-brown.

I have seen this unusual occurrence in the UAE. In the UAE it is called, a Red Tide (because the red color bacterium taints the shoreline) which in turn causes serious damage to marine life, coral, and wipes out large populations of fish. I witnessed it along the coast of Dibba in Khorfakkan, Fujairah in 2009. Conditions for the red tide appear to coincide with the changing seasons and can last from days to months. In ancient times, the Red Sea was a term that applied to the body of water around the whole Arabian Peninsula. So now you know.

The absolute highlight of my trip was my day in Umluj. Since I had flown into Yanbu, it was slightly more tricky to get there. I had a rather romantic notion of taking a boat and sailing up the coast but that will be another trip for another time.

On this occasion, I found a driver and we drove 176 kilometers north. It is a 2-hour straightforward drive each way. Umluj is a small fishing village situated around a bay and looking out on to some of the most pristine water I have seen in this part of the world.

It was easy to get a boat at the port, there are a few lined up on the shore and ready for guests.  It costs about 400 SAR for 2/3 hours and you need to bring all your own gear and food.  Food supplies need to be sourced back in Yanbu or maybe your hotel can prepare a picnic basket.

The 3 small islands I went to just off the coast of Umluj are protected for birds and turtles so you cannot get off the boat there and I hope it remains that way. The sea life in that area is truly special. The water is shallow, crystal-clear, and reflects every shade of blue you can imagine and there is a lot of curious fish. A little to the south of the islands is a small shallow shelve, about 1.5 meters deep where the boats pull over for their guests to get out and snorkel. The locals call this area the swimming pool in the sea, the ultimate infinity pool.

Further up the coast are the 7 sisters or Abu Galawa, which are coral reef islands where some of the most renowned diving in the area can be found.

The boat trip lasts 3 hours. But you could easily start the day earlier and stay longer on the water. However, the wind does whip up in the last afternoon and most of the boat masters make for home once those changes of conditions set in. The drawback for Umluj right now is that you cannot overnight there. So it was a day trip. But it is really not hard to see just how wonderful Umluj will become once they get that far and build a few hotels and other supporting services.

The whole Red Sea coast from top to bottom is as long as the Mediterranean coast (from Gibraltar to Monaco) with the Amalfi coast thrown in for good measure.  In addition, it is totally un-spoilt and ready to be explored.

As the sunset on my day in Umluj, I grabbed a coffee from Sea Seal Coffee Shop, which is just opposite the old port, and headed for home.  Sun Burnt and windswept. 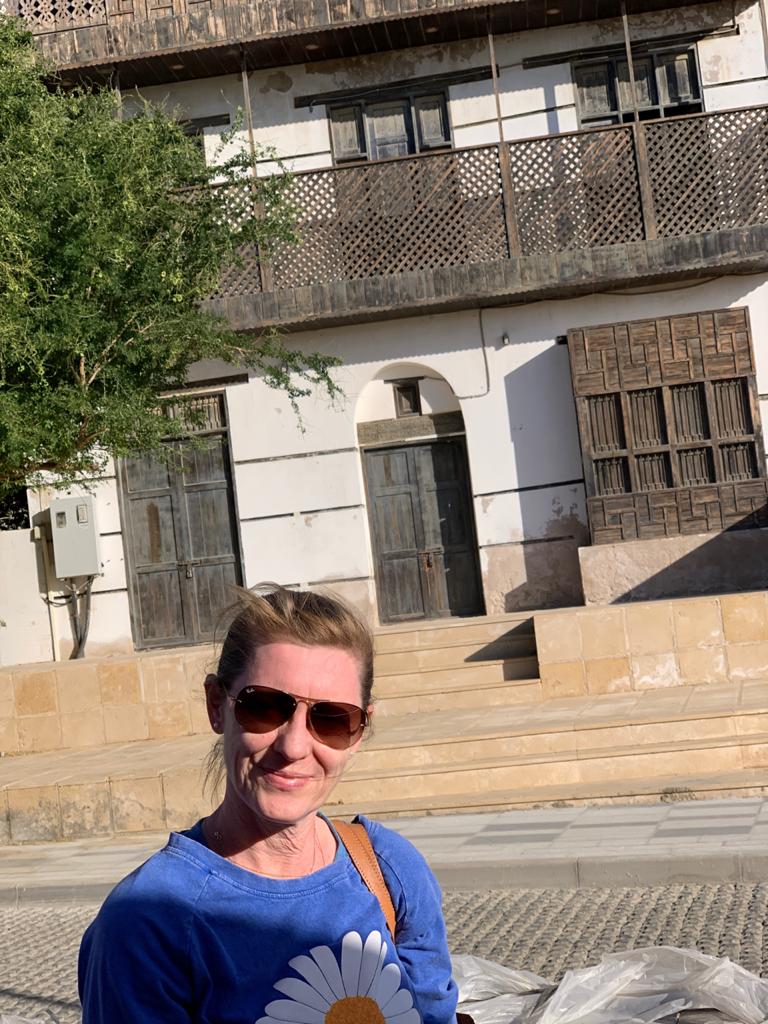 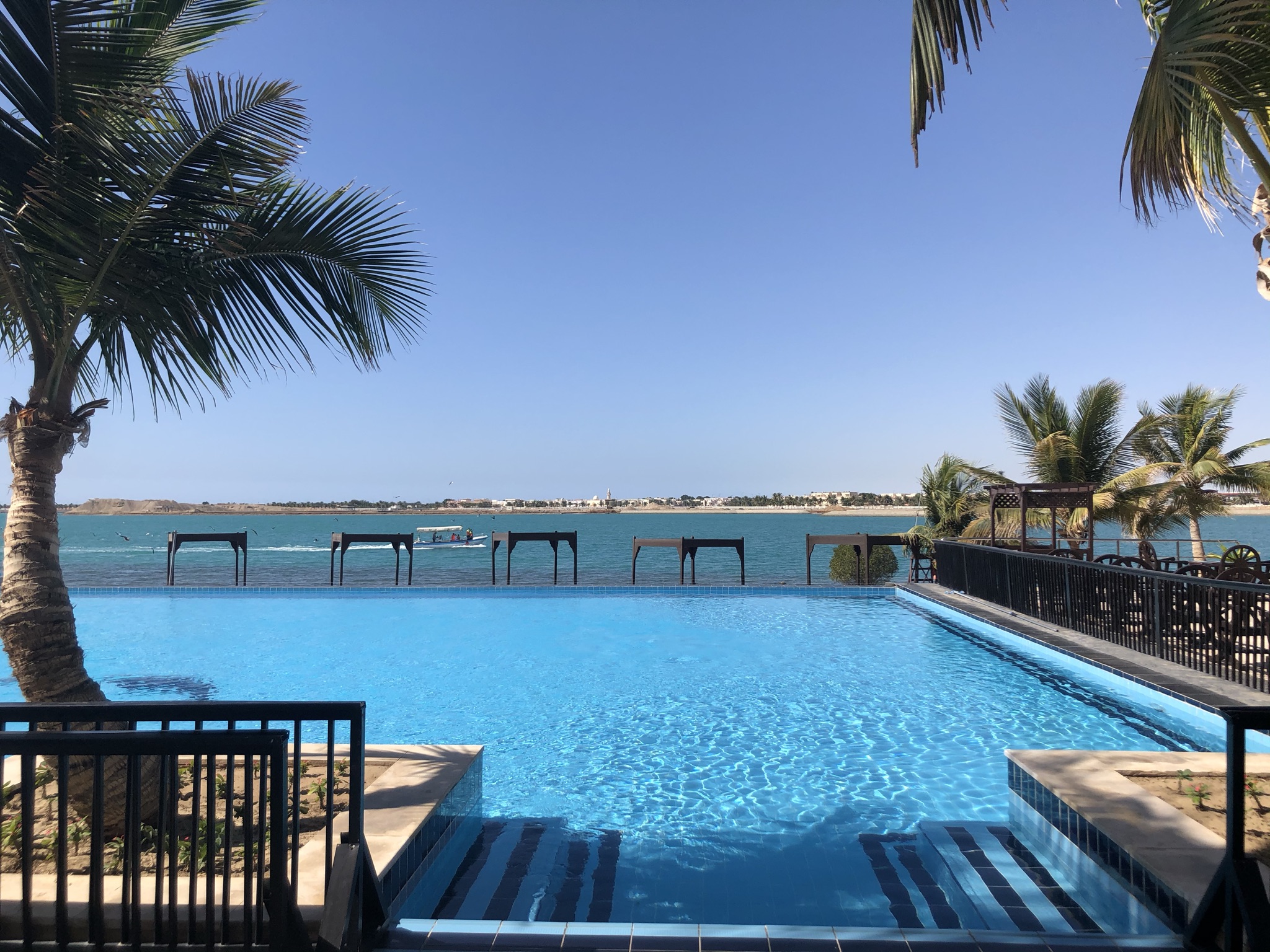 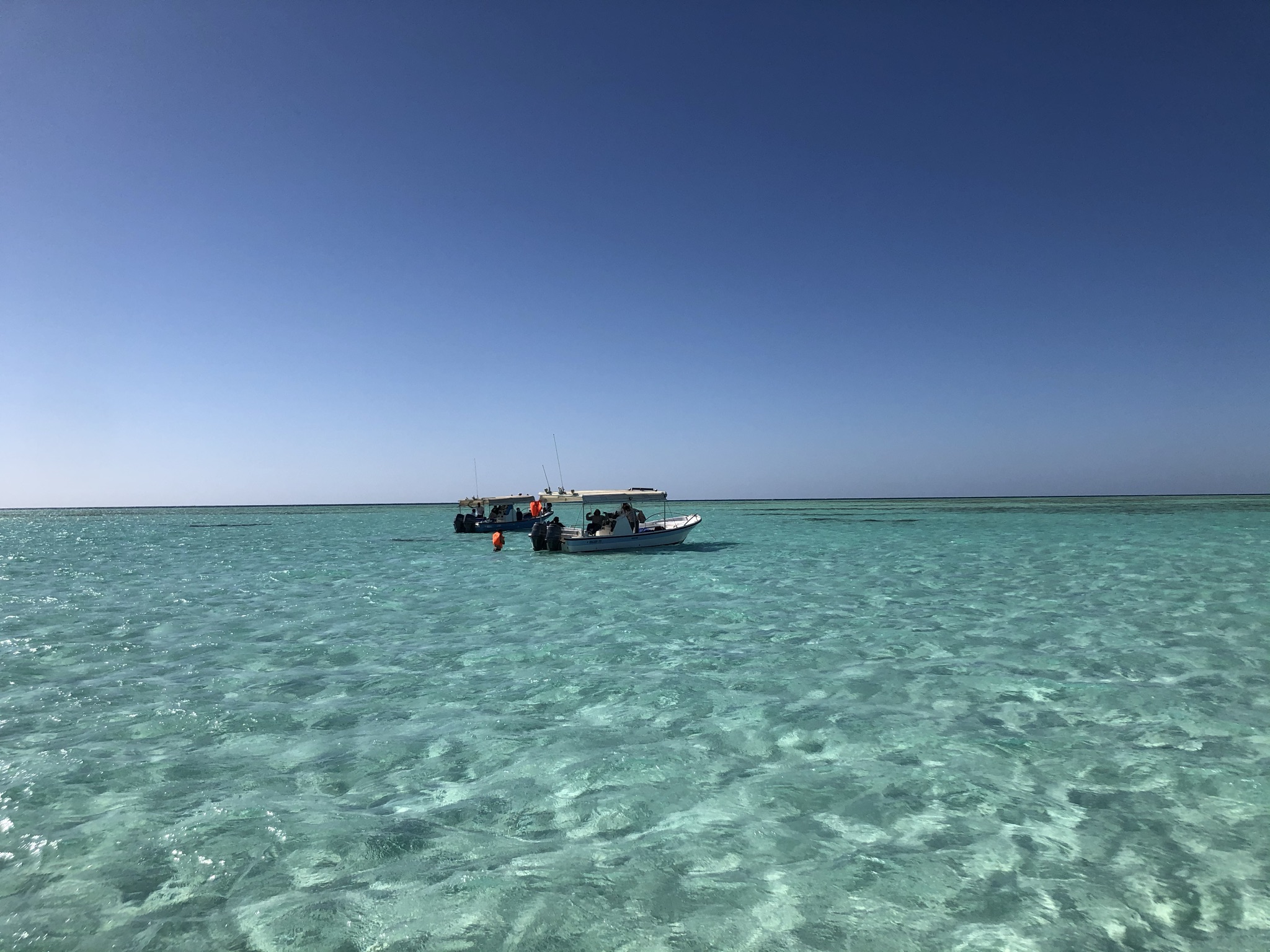