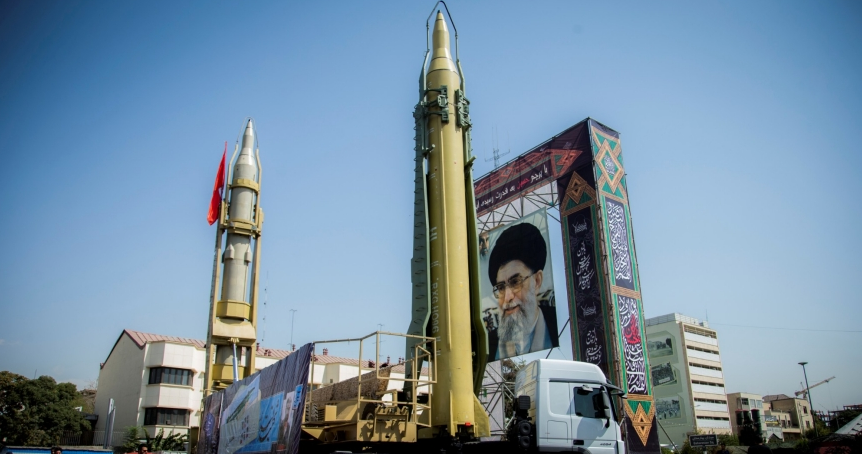 The US Congress reacts to Iran’s social dilemma and the nuclear deal.

In today's Iranian society, rising prices, unemployment, a sharp decline in the value of the currency, government corruption, protests by retirees, teachers, workers, and farmers, and long queues to buy food can clearly be seen. Many experts say the economic and living conditions of Iranians cannot easily be measured and calculated by the usual classic criteria, and the danger of the collapse of the Iranian economy sparking an explosion of fury from the distressed people will be seen in the near future.

Afshin Kolahy, a private sector activist, told the Iranian Labour News Agency (ILNA) on March 22, 2021: "Even with the JCPOA agreement," an extraordinary event "will not happen in Iran, and by the end of 2021 Iran will experience 65% inflation and a dollar equivalency above 35,000 Tomans… In the last few years, we have had a lot of setbacks."

The supreme leader Khamenei is constantly running to the scene to control the situation. Speaking on March 21st, 2021 about the country’s production in the past year, he said: "To be fair, there was progress in important sectors of production. In some cases, we could even call it a jump in production, in others, even though there is no jump, there is definitely progress in production."

He continued: "Automobile tires, aluminum, petrochemicals, steel, commodities like these, have had progress and growth".

Khamenei, of course, refers to industries such as the production and distribution of drugs, production, and exploitation of metal and nonmetal mines, the oil, petrochemical, gasoline, diesel, and steel industries, and agro-industrial companies, etc., which are exclusively in the hands of the Supreme Leader Khamenei and the IRGC affiliated mafia whose profits have skyrocketed at the expense of the closure of hundreds of factories and bankruptcy of small workshops.

Tasnim News Agency wrote on January 13, 2021, "More than 2,000 production units have been repossessed and closed by banks."

One of the consequences of the closure of this number of factories and workshops and the disappearance of many side jobs of these work units is further the impoverishment of the poor and the disappearance of the middle class as they join the deprived classes (Hamdeli State-run newspaper July 15, 2020). This same newspaper on July 18, 2020, quoting Javad Hosseinzadegan, head of the Statistics Center of Iran wrote: “The increase in population of people living in city outskirts, the budget deficit of households, the slipping of the middle class into the poor and even the evaporation of this class are among the thousand and one other harms that feed on poverty.”.

Shargh newspaper, June 24, 2020 wrote, "Households, step by step, are going down from every level of income and we are clearly facing an increase in population of people in city outskirts living in dilapidated structures."

Ibtekar Newspaper on July 6, 2020, wrote, “The collapse of the middle class will have many consequences for the regime. The set of logic governing economic conditions in Iran... has increased the class distance and removed the middle layer from the top to the bottom of society.”

The result of such an economy is an increase in popular discontent, which led to protests in 200 cities in November 2019 and continues. During February and March 2021, protests peaked in Saravan, Balochestan, Gonbad Kavus, and Zahedan and led to the setting fire of security forces vehicles making them flee the scene. Government officials, however, resorted to crackdowns, intimidation, and censorship of the Internet, shooting protesters, and arresting and hanging popular young people, such as Navid Afkari, the Iranian wrestling hero, and Ruhollah Zam, an Iranian journalist.

Some experts consider the pain of ordinary people to be a time bomb that the Iranian government ultimately has no power to neutralize. In such circumstances, the Iranian regime is significantly weak and incapable of protecting and securing its interests. Government newspapers now report the smuggling of weapons into Iranian cities on a daily basis..

On March 1, 2021, the Deputy Commander of Khuzestan Police announced the discovery of more than 4,800 illegal weapons in the province since the beginning of the year.

However, with Biden coming to the White House, Iran's currency rose against the dollar by 20%. Many Iranian officials had hoped that Biden's victory would mean a return to the 2015 JCPOA but despite Washington's soft policy toward Tehran, Iran enhanced its nuclear ambitions. When the US foreign minister said we have a long way to go before rejoining the JCPOA, the dollar climbed again against Iran’s currency.

Global condemnation of Iran increased in 2020 because of the regime handling of the November 2019 uprising.  At the United Nations, Canada proposed a resolution condemning the regime's human rights record that was successfully passed.

In a letter to Biden, 158 members of Congress condemned the Iranian government's crackdown on the November 2019 Iranian protests and other human rights abuses and called for a firm policy against the regime.

On March 25, 2021, 43 senators from both parties also wrote to Biden reminding him of the need to use all the tools of Washington's diplomatic and economic power to prevent Iran from acquiring a nuclear weapon and furthering its destabilizing activities in the region.

All these difficulties highlight the basic and inevitable reality for Iran in 2021, a fact that Iranians have highlighted on social media. It shows the prospect of a severe economic crisis, with dried-up trade and collapsed industry, effectively a country in international isolation.