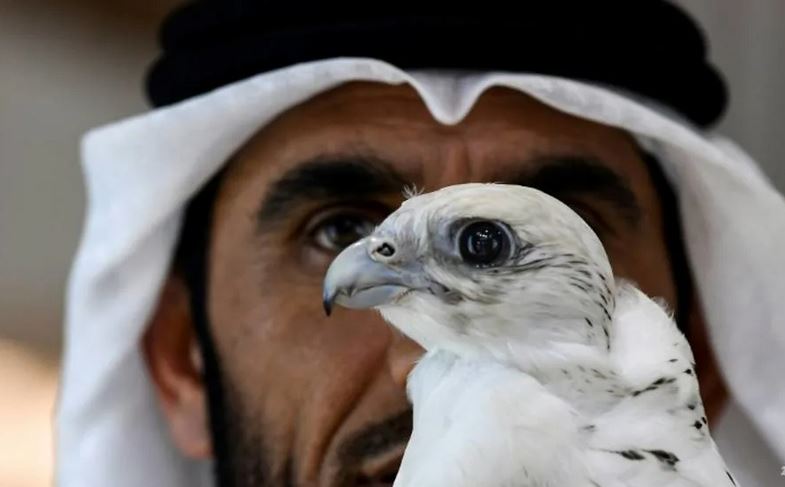 A man with a perched falcon at the Abu Dhabi International Hunting and Equestrian Exhibition in August. (Photo: AFP/Karim Sahib)
DUBAI - AFP

The United Arab Emirates is renowned for skyscrapers and mega-projects, but as the emerging regional power seeks to build legitimacy, it is campaigning to glorify its past as well.

"Every nation has a story, this is our story," is the slogan of a slick new documentary series that combines archive footage with computer-generated imagery and 360-degree aerial photography.

The programme traces "the ancient foundations of a modern country" in a story it says dates back 125,000 years and culminates in the 1970s union of the seven emirates that make up the country.

From remnants of prehistory to the transformational discovery of oil, the three episodes of the international version of The History Of The Emirates is being broadcast on National Geographic, after screening across national media.

The profile-building exercise comes at a time when Gulf nations are concerned over slumping oil prices and the potential impact on their economies. 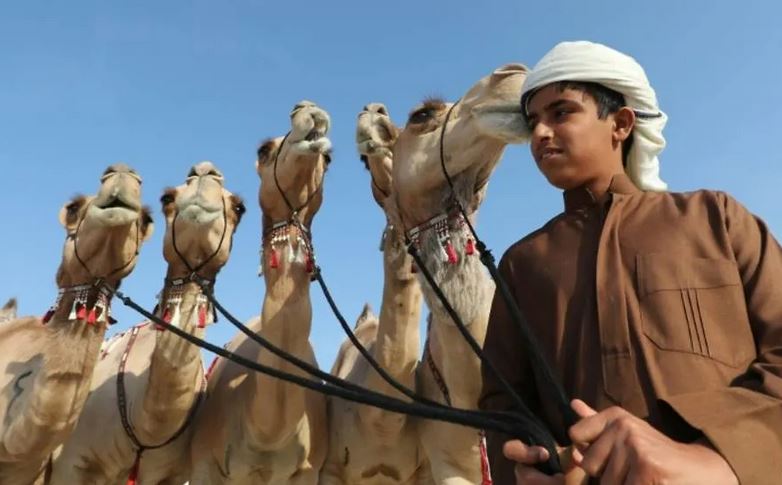 An Emirati child walks camels during the Mazayin Dhafra Camel Festival in the desert near the city of Madinat Zayed in January. (Photo: AFP/Karim Sahib)

"It's very important that the government and the ruling family constantly remind (people) that this is a nation with an identity that goes back far beyond oil and the government's ability to distribute wealth to people," said British academic Christopher Davidson.

In the international arena, the UAE is also challenging suggestions that it is "not a real state with a real history" in comparison with Arab nations like Egypt, Syria and Iraq whose ancient pasts are well known, he said.

"The history of the UAE is a really fascinating one because people don't know it that well, what they know possibly ... are the amazing cities of Dubai and Abu Dhabi," said London-based director Anthony Geffen. 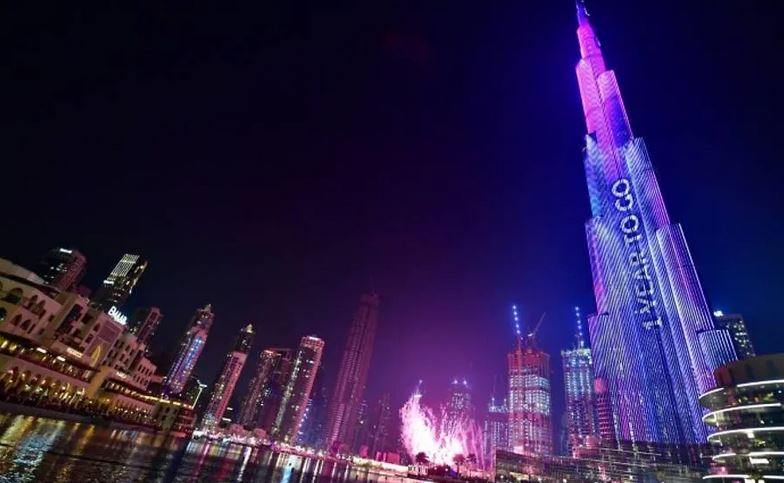 Many observers regard the UAE as the most influential Arab power in the region, as it extends its influence as far as Yemen, the Horn of Africa and Libya. (Photo: AFP/Giuseppe Cacace)

The country's oil wealth, its taste for flashy projects and its appetite for new technology have won it global renown in recent decades, but "people do not know the history of the early days," he told AFP.

Scenic landscapes seen from above, archaeologists exploring ancient sites, religious tolerance and women's emancipation - the narratives in the film recall UAE promotional clips played at airports and on billboards.

Mohamed Khalifa Al-Mubarak, president of Abu Dhabi-based Image Nation which produced the documentary, is also head of the UAE's Tourism and Culture Authority and a member of its Executive Council.

But Geffen said the intention was not to make a tourist film.

"It's based on scientific, archaeological and historical rigour ... but it can't be dry, it needs to be accessible," he said. 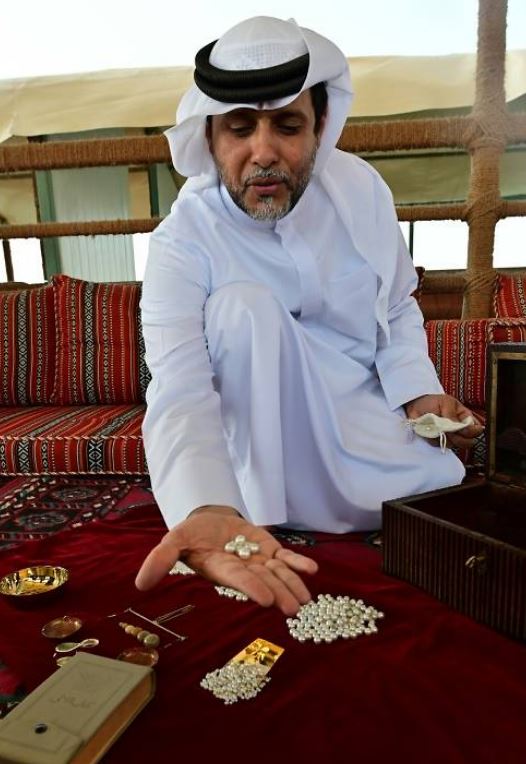 Emirati Abdullah al-Suwaidi displays pearls cultivated at a pearl farm off the coast of al-Rams in the northern emirate of Ras al-Khaimah. (Photo: AFP/Giuseppe Cacace)

The documentary begins with knapped flintstones that point to a human presence as far back as 125,000 years ago in Jebel Faya, a site in the country's northeast which served as a transit point on the first migrations out of Africa.

It also visits the earliest settlements discovered in the Emirates, 8,000-year-old structures on Marawah Island off Abu Dhabi, where the collapsed Neolithic structures also yielded the discovery of the world's oldest known pearl.

The "Abu Dhabi Pearl" is currently on display at the Louvre Abu Dhabi - the outpost of the famous Paris museum.

The film also details the little-discussed British presence in the 19th and 20th centuries when the region was was known as the "Pirate Coast", and which later became an important stop on the air route to India.

The UAE, and particularly its iconic emirate of Dubai, has since the 1960s been best known for extraordinarily rapid development, partly funded by oil but also propelled by its success in pulling off colossal and futuristic projects.

In recent times though it has turned its energies to discovering its archaeological past and reviving traditions such as falconry and pearl fishing. 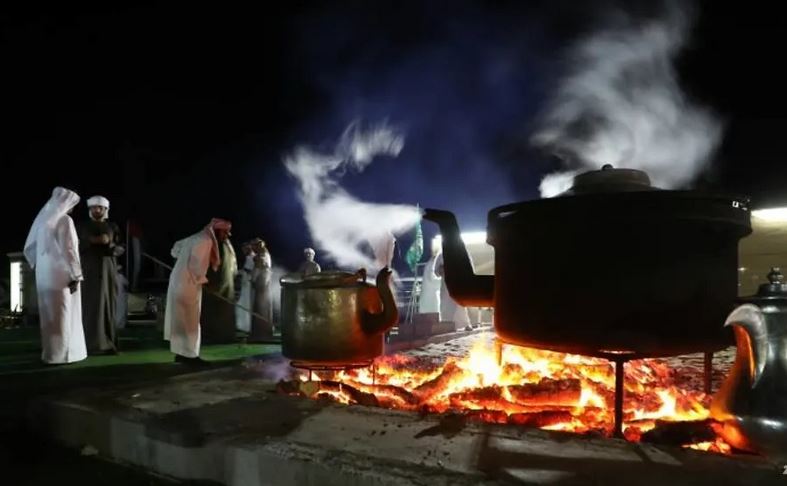 A desert camp at the Dhafra Camel Festival in 2018 which included a camel beauty contest, a display of handicrafts and other activities aimed at promoting the country's folklore. (Photo: AFP/Karim Sahib)

The History Of The Emirates however avoids touchy subjects, including a bloodless coup fomented by the British and the ruling family of Abu Dhabi to hand power to Sheikh Zayed, revered founding father of the federation.

Some historical episodes remain "sensitive", says Davidson, whose work focuses on the Gulf monarchies but who nonetheless notes that the country has a real desire to research and share its history.

Many observers today regard the UAE as the most influential Arab power in the region, with influence extending as far as Yemen, the Horn of Africa and Libya. 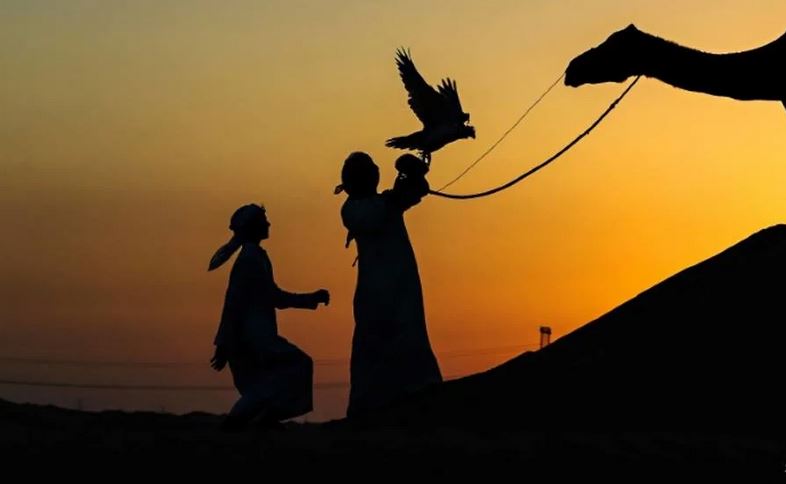 An Emirati falconer releases a falcon while on a hunting trip by Al-Marzoom Hunting Association at Al-Marzoom Falconry Reserve. (Photo: AFP/Karim Sahib)

The historical push is an important element "in this operation of changing the self-image and self-perception of Emiratis," said Cinzia Bianco, a research fellow at the European Council for International Relations.

With other Arab nations beset by deep political crises, the Emirates is confronting "this transnational movement that questions nation states and their legitimacy," she said.

"It's very important for the UAE leadership because they want to complete this process of transitioning from a small to a medium power."