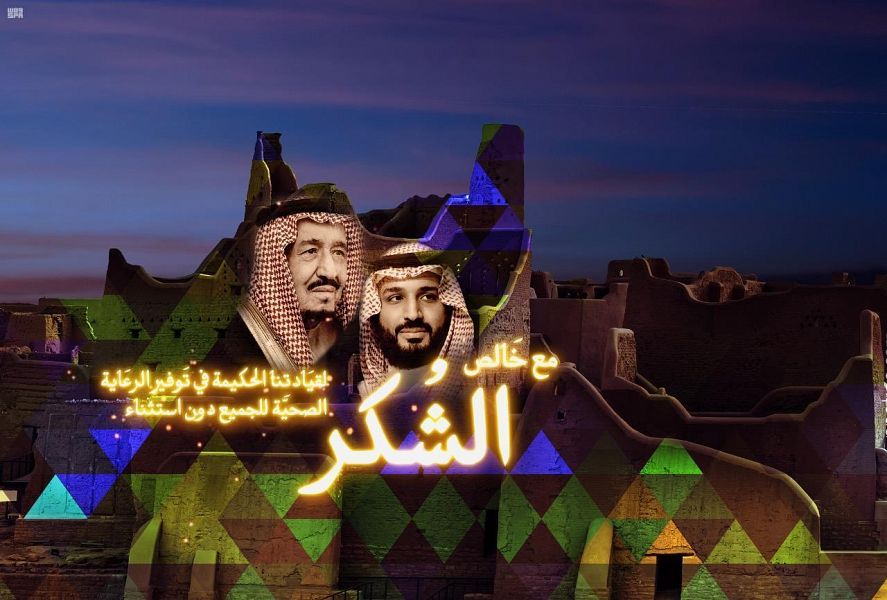 Diriyah Gate Development Authority (DGDA) launched today its health and awareness campaign as part of its participation in the World Health Day on 7th April every year.

The authority presented three-dimensional shows on the wall of Salwa Palace in the historic Al-Turaif District of Diriyah Governorate.

The campaign included messages of thanks to the Custodian of the Two Holy Mosques King Salman bin Abdulaziz Al Saud, and His Royal Highness Prince Mohammed bin Salman bin Abdulaziz, Crown Prince, Deputy Prime Minister and Minister of Defense as well as Chairman of the Board of Directors of the Diriyah Gate Development Authority, for taking precautionary measures that contributed to contain the spread of the novel Coronavirus (COVID-19).

The messages also thanked all health and security personnel working for the safety of all in addition to various health and awareness messages.

In a statement to Saudi Press Agency (SPA), Jerry Inzerillo, Chief Executive Officer at Diriyah Gate Development Authority, pointed out that this participation in the World Health Day represents a message of thanks to all dedicated personnel who work tirelessly around the world to safeguard safety of all during this global crisis.

The CEO of DGDA has hailed the enormous efforts exerted by the Saudi government to treat all in the Kingdom without any exceptions, lauding the efforts of all governmental sectors as well as personnel of the health and security sectors.

The DGDA invites all governmental entities and private sector to take part in this campaign via hashtag of the national campaign (#كلنا_مسؤول) "We are all Responsible".