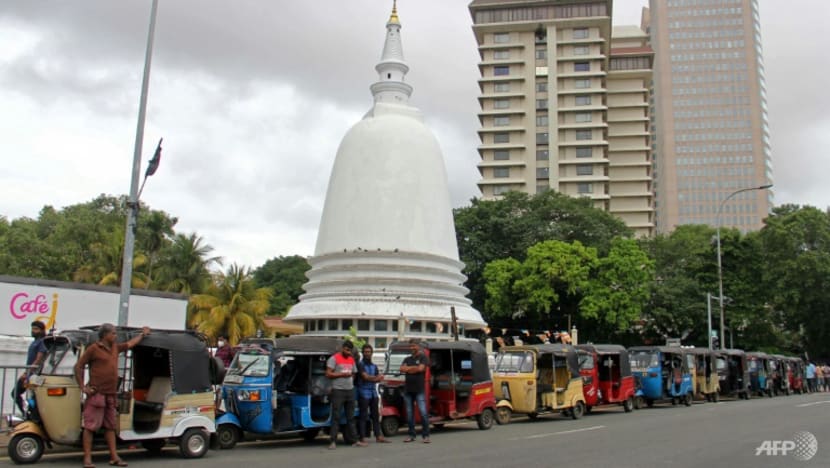 Sri Lankan casino magnate Dhammika Perera entered parliament on Wednesday (Jun 22) with a mandate to revive the bankrupt island nation's wrecked economy - working alongside a prime minister who once accused him of corruption.

The 54-year-old Perera is a long-time loyalist of the powerful Rajapaksa clan, whom protesters have accused of mismanaging the country into its current predicament.

He replaces President Gotabaya Rajapaksa's youngest brother, Basil, who resigned from parliament this month after stepping down as finance minister in April.

"He was nominated by the president and will shortly take over the investment promotion portfolio and enter the cabinet," a ruling party official told AFP.

Perera will serve in a unity government formed to tackle the crisis alongside Prime Minister Ranil Wickremesinghe, who in 2015 accused the casino boss of being a "demon who protected the corrupt regime of Rajapaksas".

Wickremesinghe has also described Perera as one of the four most corrupt businessmen in the country.

Both men shook hands on Wednesday soon after Perera was sworn into parliament before the chamber's speaker.

Perera - who also has interests in banking, hotels, manufacturing, logistics and exports - takes office at a time when Sri Lanka is suffering through months-long shortages of food, fuel and other essential goods.

Long queues form outside gas stations each day for scarce petrol supplies, while regular blackouts and runaway inflation have made life difficult for the island nation's 22 million people.

The government has defaulted on its US$51 billion foreign debt and is seeking an International Monetary Fund bailout.

Perera has claimed to have devised a plan to raise Sri Lanka's per capita income more than threefold to US$12,000 - a figure higher than China's.

He has also pledged to address Sri Lanka's critical foreign currency shortage by selling 10-year visas to foreigners willing to deposit at least US$100,000 in local bank accounts - a scheme already in place since April.