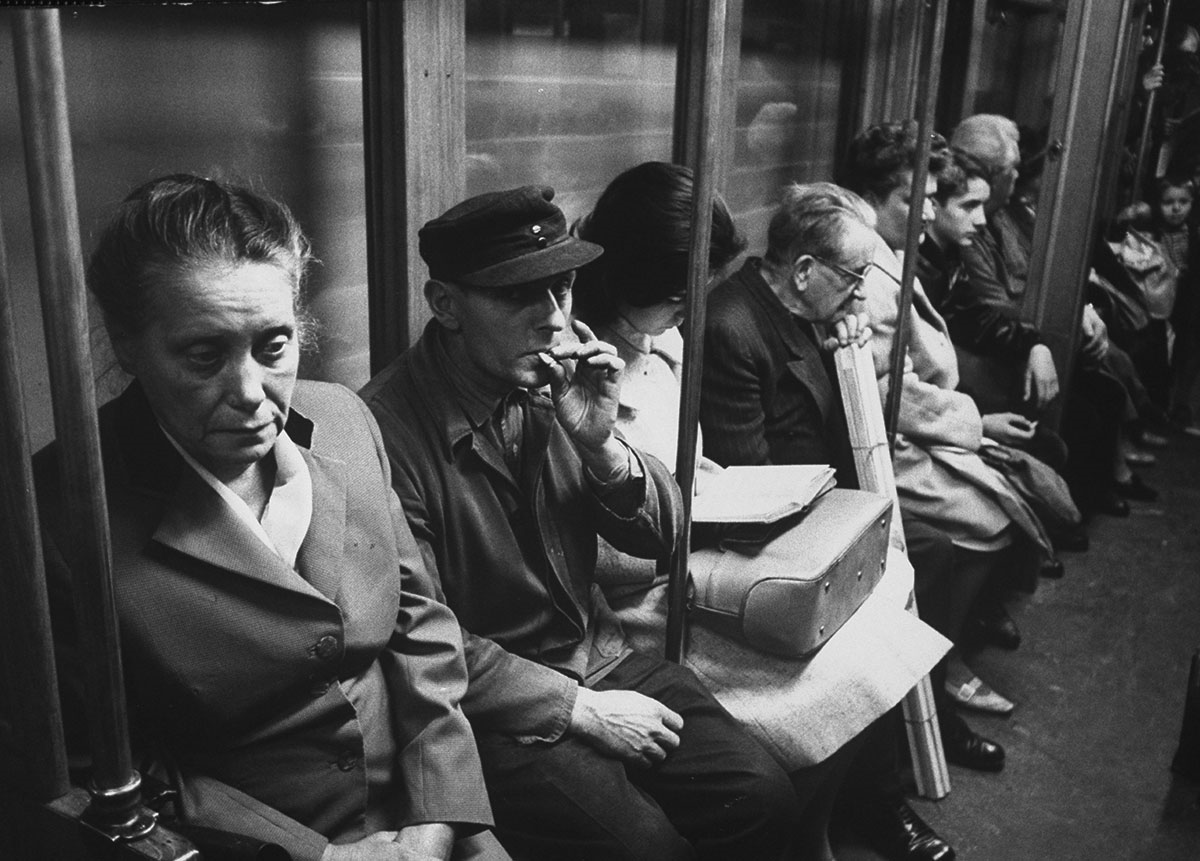 The fall of the Wall in Berlin, and the fall of fundamentalism in the middle east.

It was the moment everything changed… 9 November 2019 marks the 30th anniversary of the fall of the Berlin Wall. Berlin is celebrating the occasion in style with events and exhibitions dealing with the wall’s construction, the division of Berlin, the Cold War and the Peaceful Revolution of 1989, which brought it down.

On the night of 9 November 1989, crowds of ecstatic East Germans poured through the newly opened border in Berlin to savour the heady atmosphere of change.

Many ‘walls’ have been erected in Iran and to constrain Iranians around the world in the 4 decades since the 1979 hijacked people’s revolution. 40 years on they are showing serious signs of cracking. This is also cause for celebration and, who knows, perhaps the sounds of celebration will be enough to bring all the walls tumbling down. To name just a few: 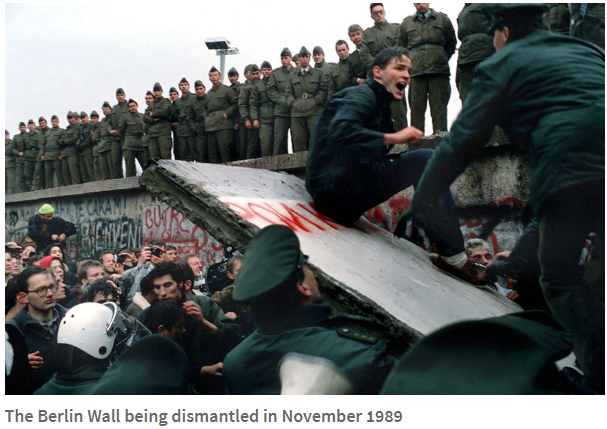 1. The great wall of appeasement of Iran.

a. The United States section

The section of this wall that ring-fenced the United States, with Obama's doctrine of appeasement in Iran building on that of his predecessors, has finally fallen. The Iranian people have suffered long enough under an oppressive regime. Hundreds of thousands of individuals have been arrested. These brave protestors refused to accept the regime’s constant violation of human rights, rampant corruption and funding of terrorism abroad. Their stance in the face of tyranny was admirable.

However, the Obama administration worked to directly empower the Iranian regime by limiting alliances with key partners in the region. This approach had severe consequences for the U.S and the Iranian people as the regime worked overtime to spread instability and the radical regime's terrorism throughout the broader Middle East.

The Trump administration recognizes that this policy of appeasement has failed; Trump took decisive action by decertifying the disastrous Iran nuclear deal and has paved the way for a more aggressive approach against the regime. A combination of biting sanctions and blacklisting of Iranian regime organizations, such as the Iranian Revolutionary Guards Corps (IRGC), and individuals, including the Supreme Leader, Ali Khamenei himself, has turned this wall into rubble. 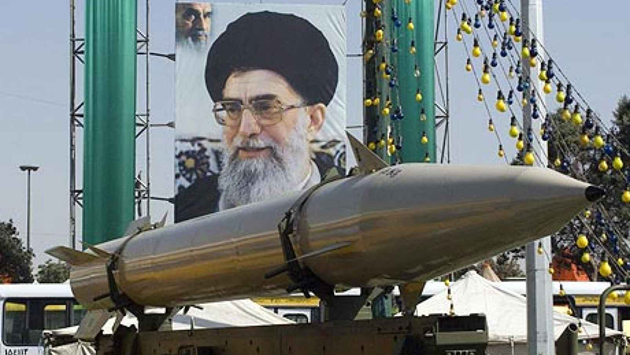 b. The UK and European sections.

Sadly, the UK and European sections of this wall are proving tougher to dismantle although significant cracks are appearing. The EU governments’ determination to prop up the nuclear deal (JCPOA) in order to keep alive trade with Iran, while maintaining a deafening silence on human rights violations in Iran has emboldened Iran’s security establishment to intensify its rights violations in the country, imprison more dual nationals for use as bargaining chips with the West, and engage in increasingly brazen extra-territorial actions, such as pressuring Iranian nationals based abroad with asset seizures, threats of arrest and coercion to carry out espionage.

Failure to do so will give Iran’s security establishment, including the Revolutionary Guards, the green light to further harass and imprison victims like Nazanin Zaghari-Ratcliffe, with no accountability or available path to resolution.

With pressure increasing on the EU nations to abandon the JCPOA, cease trade with Iran and demand that human rights improvements are essential for any future negotiations, trustfully this wall will also fall soon.

2. The wall of despotism in Iran

During all these four decades, the Iranian people have constantly fought against the dictatorship of the clergy, which has meant, even according to its own leaders, that Iran has never managed to experience political stability.

The Mullahs established a system of religious rule that set itself the ambition of becoming an Islamic empire, a mega Caliphate, encompassing the whole Muslim world. But a dictatorship by any name is still a dictatorship and the Iranian people’s struggle against the Mullah's dictatorship, which draws its ideals from the brutal and benighted Middle Ages, has every aspect covered: political, social, private life, human rights, religion, expression, dress. Khomeini, and after him Khamenei, acting as despotic leaders, consistently blocked any possibility of popular sovereignty and increased the absolute authority of the Supreme Leader at the head of power. This wall has been feeling for a while as if it is on the brink of collapse, facing, as it does. widespread popular protest since the end of 2017 and a rapidly deteriorating economic situation as the gLobal sanctions bite. 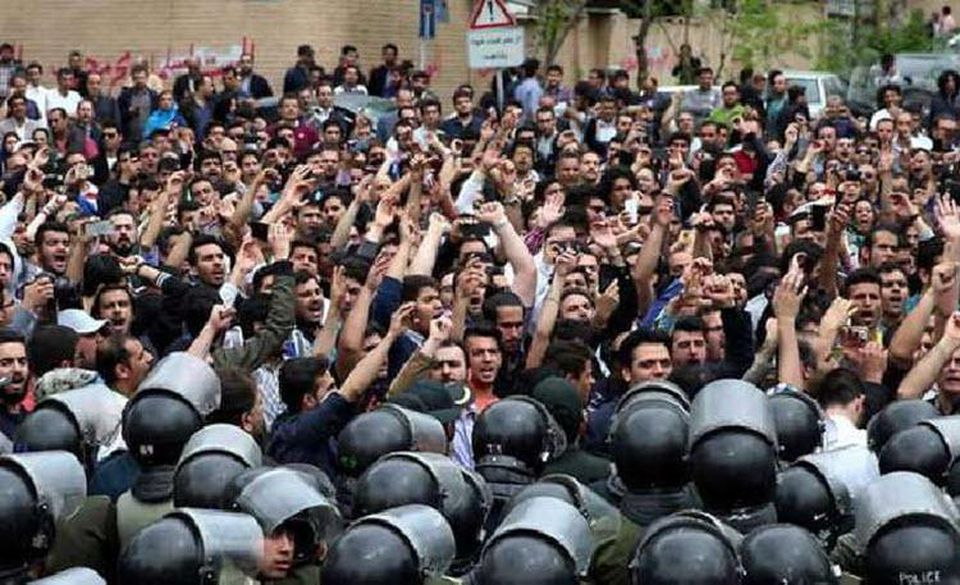 3. The Wall of Caliphate's rule

Caliphate's rule is a form of government in which God or a deity is recognized as the supreme ruler of all peoples and the Supreme Leader is his steward on earth.

This is what Khomeini claimed to be, and, since his death, Khamenei, the spiritual ruler of all of Islam. The hijacking of power in Iran in 1979 and the subsequent spread of their influence into Lebanon, Syria, Iraq, Yemen and many other countries represent these countries being part of their Caliphate. This wall has been a brutal barrier to freedom, maintained by oppression and repression of the people of those countries.

But the people have had enough and are making their feelings clear. Starting with Iran itself, where protests erupted on 28 December 2017, first in Mashad, Iran’s second-largest city by population, then spreading rapidly right across the country, the protests continuing to this day, the people have shown they do not want a Supreme religious leader, or to be part of a Caliphate. The wave of protests that swept across the nation sent a strong message to international onlookers. It exposed the regime's vulnerabilities and shortcomings and showed that the Iranian people are ready for regime change.

Now the people of Iraq, Lebanon and other countries of the region are protesting the presence of the Iranian regime in their country, rejecting any claim by Ali Khameini to be their Supreme Leader. The death of Al-Baghdadi, head of the terror group ISIS, himself a self-styled Caliphate was a heavy blow to the Caliphate's rule and an important sign that this wall is crumbling fast. 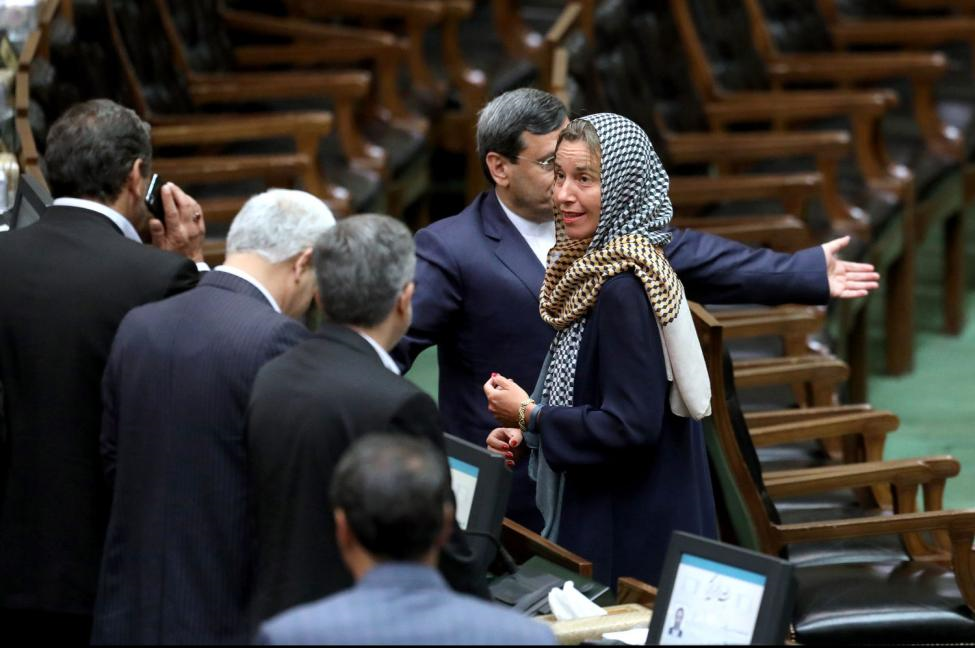 4. The wall of Iran's influence in the region

During October and November 2019, in less than a month, popular uprisings against corruption and a lack of economic reform erupted in both Iraq and Lebanon. In both countries, the unprecedented protests, which rocked Shiite towns and cities, have revealed that Iran’s system for exerting influence in the region failed. Iran-backed militias Hashd al-Shaabi (In Iraq) and Hezbollah (in Lebanon) will likely resort to force, although economic restraints due to the sanctions on the Iranian regime are beginning to weaken their hand, but undeterred by violent reprisals, the message comes clear from the people of Iraq and Lebanon that Iranian power can no longer be tolerated.

There are many reasons to begin celebrating and we have great hope that all these walls will soon be as much consigned to history as the one that stood dividing person from person, family from family across the center of Berlin from 1961 to 1989.