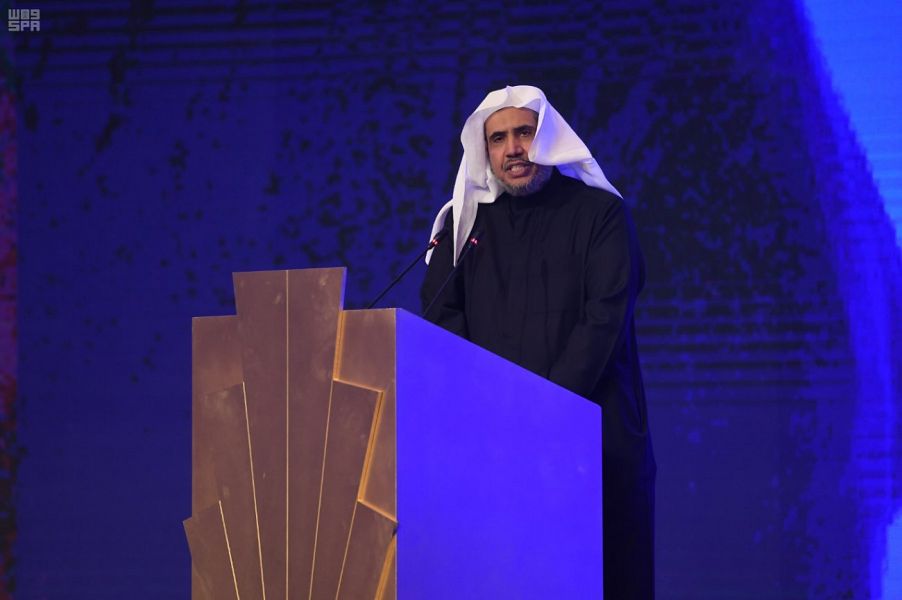 In a session themed "Islamophobia: Crisis of Thought or Media" during the Saudi Media Forum (SMF), Secretary General of the Muslim World League (MWL), Sheikh Dr. Muhammad bin Abdul Karim Al-Issa highlighted the important role of media, Islamic organizations and Muslims in demonstrating the true image of Islam and Muslims and addressing the distorting methods. He pointed out that art carries a significant message but sometimes may strengthen dangerous concepts among youth in particular.

During the session, Dr. Al-Issa talked about the relationship of the media message with the phenomenon of Islamophobia, the tasks of the media industry in the face of this phenomenon, changing the stereotype reflected by the counter-media through the meaning of "Islamophobia", the risks of the term and hoped-for efforts to address the growth of the term and its applications.

His Excellency said: "The SMF holds an urgent basis for this ambition, especially that the topics to be raised professionally and objectively remained pending."

He explained that the SMF represents an urgent need for its various topics and specializations to raise issues of importance, especially with regard to the situational and spatial context, and qualitative handling.

Dr. Al-Issa stressed that Islamophobia is a term whose entire details must be explored, starting with the causes, analysis and solutions, and comparing them with the controversies by all parties. He pointed out that this term and its negative effects have increased due to the presence of extremist and terrorist organizations that are falsely attributed to Islam and due to the increasing discourse of extremism and radicalization, as well as the increase of the religious, cultural and civilizational gap in its positive dialogue with the other, which has multiplied the negative effects of Islamophobia.

His Excellency stressed the important and prominent role played by the media and thought in general.