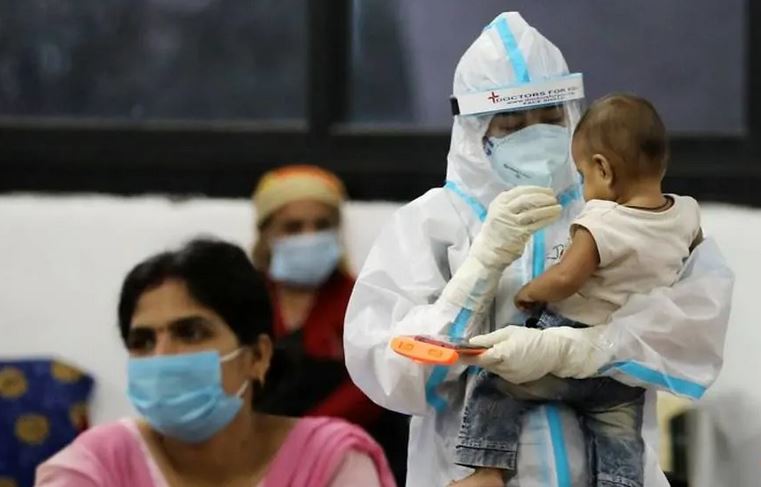 FILE PHOTO: A medical worker in personal protective equipment (PPE) plays with a child of woman recovering inside a quarantine centre for COVID-19 patients amidst the spread of the disease at an indoor sports complex in New Delhi, India. (Reuters/Anushree Fadnavis)
NEW DELHI - AP

India has registered 88,600 new confirmed coronavirus cases in the past 24 hours in a declining trend with recoveries exceeding daily infections.

Still, India is expected to become the pandemic’s worst-hit country within weeks, surpassing the United States, where more than 7 million people have been infected.

Sunday’s surge has raised the country’s virus tally to over 5.9 million. India, however, also has the highest number of recovered patients in the world, according to Johns Hopkins University. Its recovery rate stands at about 82 per cent.

Health experts have cautioned about two major events next month: the legislative election in Bihar state, with nearly 72 million people eligible to vote, and a major religious festival season that includes huge congregations.