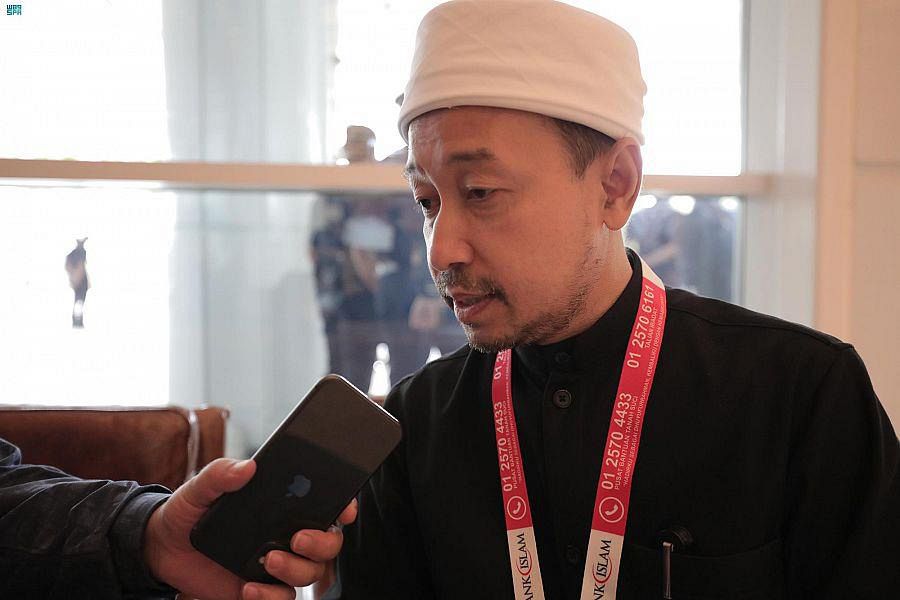 Federal Territories Mufti in Malaysia Dr. Luqman Abdullah praised the historical role of the Saudi leadership in serving Islam and Muslims, stressing that the Kingdom of Saudi Arabia has offered a comprehensive strategy to develop the Hajj system and allow the highest number of Muslims to perform Hajj and Umrah and complete the requirements of their religious rituals.

The Mufti expressed his appreciation for the Makkah Route Initiative that offers pilgrims the highest level of services through completing their entry procedures to the Kingdom of Saudi Arabia from their countries, where they are also received in Saudi Arabia in a special terminal for the initiative and transferred to their residences without waiting at the airport.

He described the initiative as inspiring and creative with all its details and gives an impression on the big service that the Kingdom of Saudi Arabia offers to pilgrims and the very advanced level Saudi Arabia is witnessing in all fields.