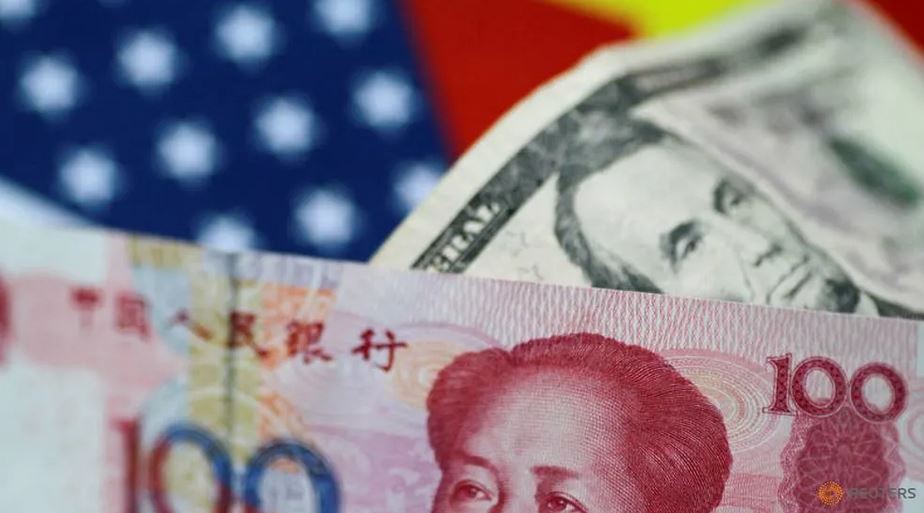 China hints may not retaliate for latest US tariff hike

Beijing hinted Thursday (Aug 29) it may break the cycle of retaliation in the trade war with the United States, as the punishing tariff battle threatens global economic growth.

China and the United States are discussing the next round of face-to-face trade talks scheduled in September, but hopes for progress hinge on whether Washington can create favorable conditions, commerce ministry spokesman Gao Feng told reporters.

In the latest tit-for-tat escalation of the trade war between the world's two largest economies, US President Donald Trump last Friday heaped an additional duty of 5 per cent on about US$550 billion in targeted Chinese goods.

The move came hours after China had unveiled retaliatory tariffs on US$75-billion worth of US goods.

"China has sufficient means to take counter-measures, but under the current situation, we believe that the issue that should really be discussed is cancelling further tariffs on US$550 billion of Chinese goods, and preventing the trade war from continuing to escalate," Gao said.

China has lodged a diplomatic protest with the US over it, he added.

In earlier rounds of escalation, Beijing had pledged to hit back at any US tariff hike.

For two years, the Trump administration has sought to pressure China to eliminate what it calls unfair trade practices and make sweeping changes to its policies on intellectual property protection, forced transfers of technology to Chinese firms, industrial subsidies and market access.

But China has constantly denied such accusations, vowing to fight back in kind and criticising US measures as protectionist.

On Monday, Trump predicted a trade deal with China, saying he believed it was sincere about wanting to reach a deal, citing what he called increasing economic pressure on Beijing and job losses there.

Trump cited as a positive sign comments by Vice Premier Liu He, who has been leading the talks with Washington, that China was willing to resolve the dispute through "calm" negotiations.

He repeated his assertion that Chinese officials had contacted US trade counterparts overnight, offering to resume negotiations, a statement that China declined to confirm.

Gao also declined to provide any detail when asked if there had been a call this week between Beijing and Washington.

"As far as I know, both trade teams have maintained effective communication," he said.

In July 2018, the US-China trade dispute boiled over in tariffs on hundreds of billions of dollars' worth of each other's goods and threatens to engulf all trade between the countries, putting global growth at risk.

"We hope the United States will show sincerity and concrete actions," Gao said.