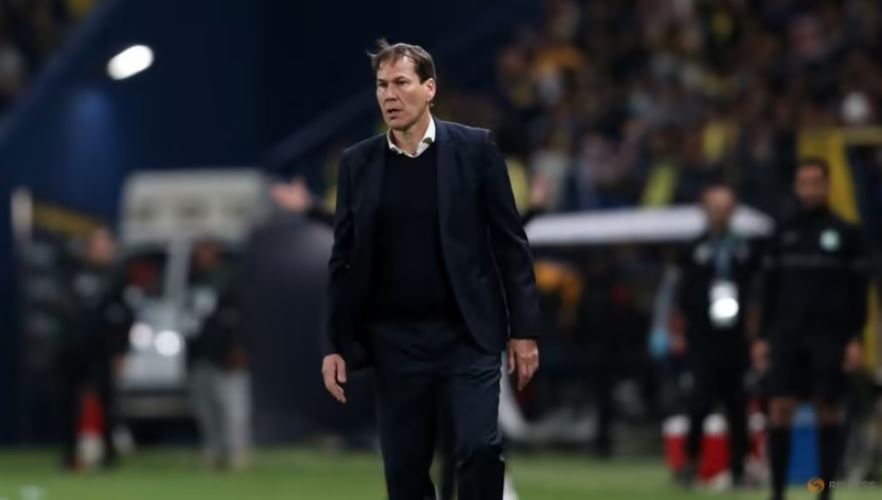 Al Nassr coach Rudi Garcia said that Cristiano Ronaldo was instrumental in helping his new team secure victory over Al Ettifaq on Sunday even though he was not involved in the only goal of the match.

"It's a positive addition when you have a player like Ronaldo as he helps to distract the defenders, which is what happened with our goal," Garcia told reporters.

"Today we created opportunities for him and asked the players to diversify the game between him and Talisca, and we must not forget that he participated in the (exhibition match against) Paris St Germain and did not get enough rest.

"Even with the presence of Ronaldo, it is not easy to win the Saudi League because of ... the strength of the competitors."

Al Nassr's win moved them back to the top of the league standings with 33 points from 14 matches. They are a point ahead of second placed Al Hilal, who have played one game more.