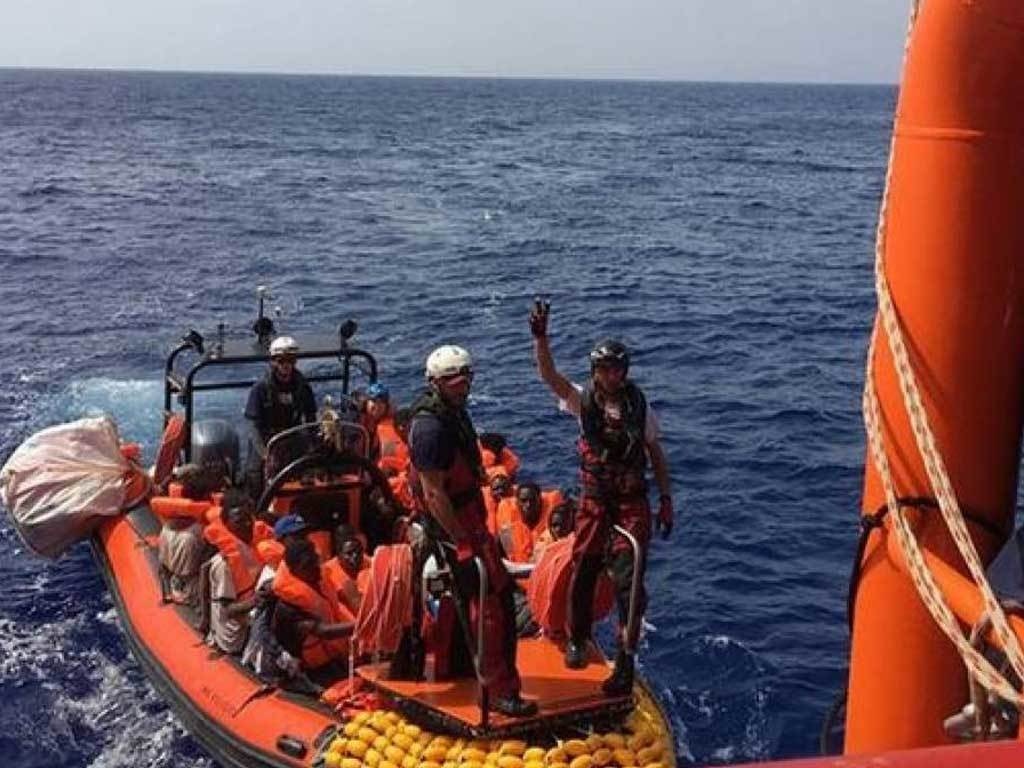 Ocean Viking rescuers pick up hundreds of migrants off Libya

More than 350 migrants have been rescued off the Libyan coast by the Ocean Viking humanitarian vessel in just two days, a European NGO running the boat said on Saturday (Jan 23).

SOS Mediterranee said that "106 people were rescued... in international waters 28 nautical miles (50km) from the Libyan coast" on Friday evening.

"The majority of the people aboard an inflatable rubber dinghy were found intoxicated by oil fumes," it said. They came from Guinea, Sudan and Sierra Leone.

SOS Mediterranee said its calls for aid on Saturday afternoon to Libyan officials went unheeded and "we then asked Maltese and Italian maritime authorities for help".

"The weather is worsening. We have to dock in a safe place as soon as possible."

On Friday morning, the Ocean Viking picked up 149 people from two boats following an SOS signal, including 58 minors and four babies - one just a month old, it said.

Since Thursday, a total of 374 people have been rescued by the Ocean Viking, of whom 165 are children, SOS Mediterranee said.

A total of 131 minors are unaccompanied.

Libya has become a key route for irregular migration to Europe in the chaotic years since the 2011 overthrow and killing of dictator Moamer Kadhafi in a NATO-backed uprising.

While many have drowned at sea, thousands have been intercepted by the Libyan coastguard, which has been backed by Italy and the European Union, and returned to Libya.

They mostly end up in detention, often in horrific conditions.

The Ocean Viking took to the seas on Jan 11 after being blocked in Italy for five months before being released in December. Authorities had cited alleged safety issues for the holdup.

Ocean Viking is currently the sole rescue ship run by an NGO in the area, according to SOS Mediterranee's head, Sophie Beau, who said "the others have been blocked by Italian authorities like the Ocean Viking earlier".

Most migrants leave from Libya and Tunisia attempting a hazardous Mediterranean crossing to try and enter Europe through Italy.

More than 1,200 died last year while trying to cross the Mediterranean.