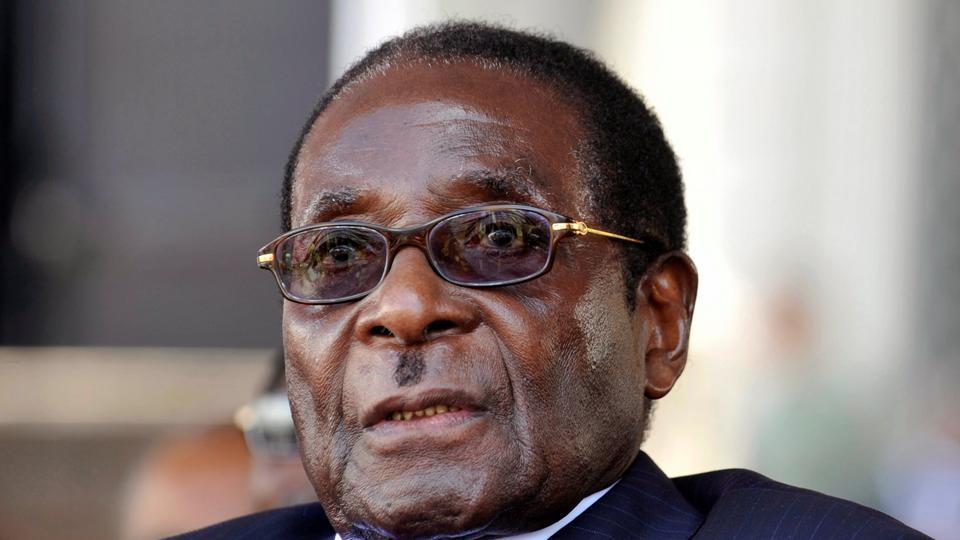 Robert Mugabe, the guerrilla leader who led Zimbabwe to independence in 1980, died aged 95 on Friday (Sep 6), two years after the army brought an ignominious end to almost four decades of his iron-fisted rule.

Mugabe died in Singapore, Reuters reported, citing a source with direct knowledge of the matter.

His death was confirmed by Zimbabwe President Emmerson Mnangagwa.

"It is with the utmost sadness that I announce the passing on of Zimbabwe's founding father and former President, Cde (Comrade) Robert Mugabe," a post on Mnangagwa's official presidential Twitter account said.

On leading Zimbabwe to independence from Britain in 1980, Mugabe was feted as an African liberation hero and champion of racial reconciliation.

But later, many at home and abroad denounced him as a power-obsessed autocrat willing to unleash death squads against his political enemies, rig elections and trash the economy in the relentless pursuit of control.

David Coltart, an opposition senator and rights lawyer who opposed Mugabe, nevertheless paid tribute to a leader who once described himself as having "a degree in violence".

"He was a colossus on the Zimbabwean stage and his enduring positive legacy will be his role in ending white minority rule & expanding a quality education to all Zimbabweans," Coltart said on Twitter.

"Throughout his life, he firmly defended the sovereignty of his country, opposed foreign interference, and actively promoted China-Zimbabwe and China-Africa friendship and cooperation," he said at a press briefing in Beijing.

The South African government said in a tweet: "We send condolences to the Government and the people of the Zimbabwe following the passing on of their founding leader and former President Robert Mugabe ... (a) fearless pan-Africanist liberation fighter."

Kenyan President Uhuru Kenyatta remembered Mugabe as "a man of courage who was never afraid to fight for what he believed in even when it was not popular".

"In this moment of sorrow, my thoughts and prayers go out to his family, his relatives and the people of Zimbabwe who, for many years, he served with commitment and dedication," he said in a statement.

"Words cannot convey the magnitude of the loss as former President Mugabe was an elder statesman, a freedom fighter and a Pan-Africanist who played a major role in shaping the interests of the African continent."

In November, Mnangagwa said Mugabe was no longer able to walk when he had been admitted to a hospital in Singapore, without saying what treatment Mugabe had been undergoing.

Officials often said he was being treated for a cataract, denying frequent private media reports that he had prostate cancer.

Mugabe was forced to resign in November 2017 after an army coup designed to prevent his unpopular wife Grace succeeding her husband, who planned to step aside due to his age and failing health.

The military feared the rise of the uncompromising Grace to the presidency would ensure the opposition would win general elections and lead to curbs on their influence in politics and the economy.

Mugabe denounced his enforced resignation, which triggered wild celebrations across the country of 13 million, as an "unconstitutional and humiliating" act of betrayal by his party and people.

His departure failed to lift Zimbabwe's economy, however, which remains in its worst economic crisis in a decade.

Triple-digit inflation, rolling power cuts and shortages of US dollars and basic goods have revived memories of the hyperinflation that forced it to ditch its currency in 2009.