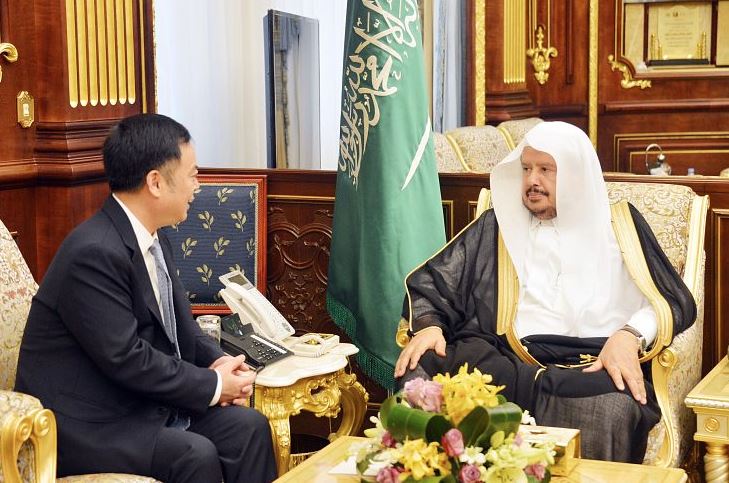 The Chinese ambassador condemned the sabotage attacks on Abqaiq and Khurais, stressing the Kingdom's right to defend its sovereignty and people, appreciating Saudi Arabia for not interfering in the internal affairs of other countries.

The ambassador also commended the Kingdom's leading role under the leadership of the Custodian of the Two Holy Mosques King Salman bin Abdulaziz Al Saud in the region and the world, stressing the depth of Saudi-Chinese relations.

He also thanked the King and HRH Crown Prince for their efforts in promoting and developing Saudi-Chinese relations, congratulating the Kingdom for hosting the G20 Summit to be held next year 2020.

The Chinese Ambassador praised the launch of tourist visas to Saudi Arabia, stressing that the Kingdom has multiple attractions for Chinese tourists, which will enhance the rapprochement and partnership between citizens of the two countries.

For his part, the Speaker welcomed the Ambassador, stressing that the Kingdom has strong and developed relations with the People's Republic of China at all official levels and is witnessing a remarkable prosperity thanks to the support of the leaderships of the two countries.

During the meeting, they reviewed a number of issues of common concern, particularly ways of enhancing parliamentary relations between the two sides.