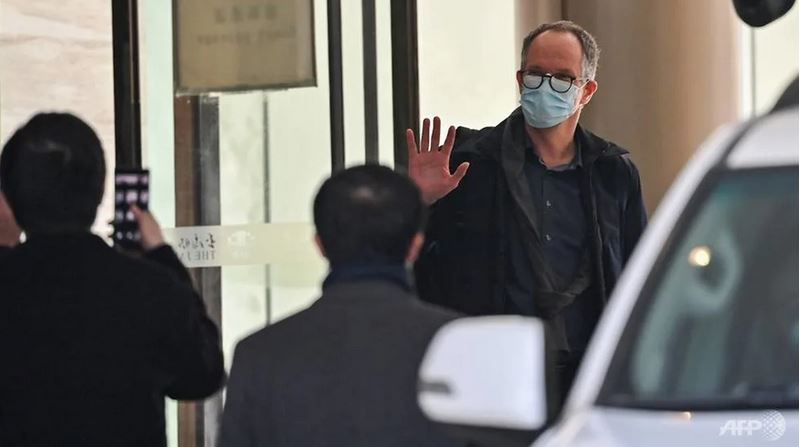 One of the members of the World Health Organization team investigating the origins of the COVID-19 pandemic waves as he leaves The Jade Hotel after completing quarantine in Wuhan, China’s central Hubei province on Jan 28, 2021. (Photo: AFP/Hector Retamal)
WUHAN - AP

WHO team in Wuhan departs quarantine for COVID-19 origins study

A World Health Organization (WHO) team has emerged from quarantine in the Chinese city of Wuhan to start field work in a fact-finding mission on the origins of the virus that caused the COVID-19 pandemic.

The researchers, who were required to complete 14 days in quarantine after arriving in China, could be seen leaving their hotel and boarding a bus on Thursday (Jan 28) afternoon. It wasn’t immediately clear where they were headed.

The mission has become politically charged, as China seeks to avoid blame for alleged missteps in its early response to the outbreak. A major question is where the Chinese side will allow the researchers to go and whom they will be able to talk to.

The mission only came about after considerable wrangling between the sides that led to a rare complaint from the WHO that China was taking too long to make final arrangements.

China, which has strongly opposed an independent investigation it could not fully control, said the matter was complicated and that Chinese medical staff were preoccupied with new virus clusters Beijing, Shanghai and other cities.

While the WHO was criticised early on, especially by the US, for not being critical enough of the Chinese response, it recently accused China and other countries of moving too slowly at the start of the outbreak, drawing a rare admission from the Chinese side that it could have done better.

Overall, though, China has staunchly defended its response, possibly out of concern over the reputational or even financial costs are being lacking. 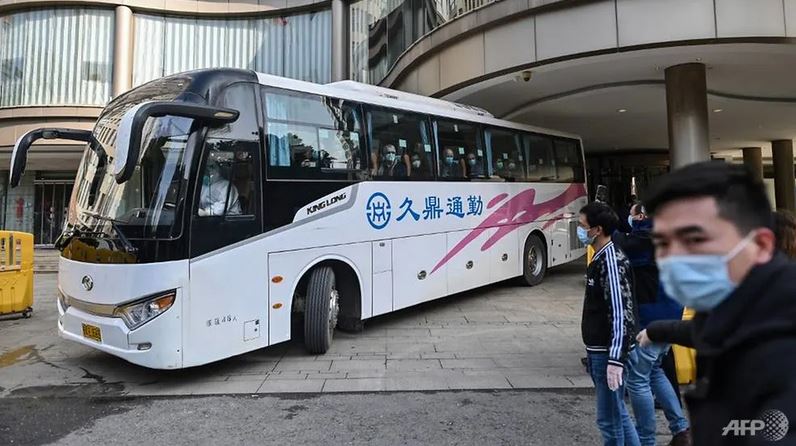 Members of the World Health Organization team investigating the origins of the COVID-19 pandemic leave The Jade Hotel on a bus after completing their quarantine in Wuhan, China’s central Hubei province on Jan 28, 2021. (Photo: AFP/Hector Retamal)