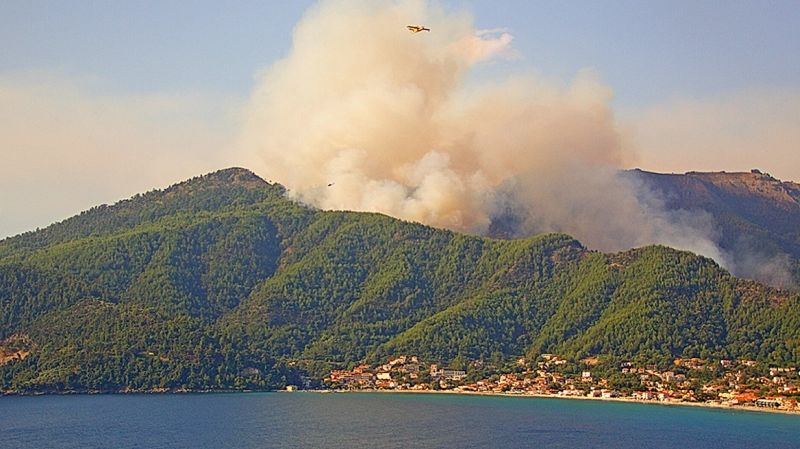 Firefighters were battling a large forest fire on the Greek holiday island of Thasos on Thursday that forced the evacuation of a threatened village, the dpa reported.

Six firefighting planes, six helicopters and hundreds of firefighters and volunteers and military units were deployed to stop the blaze, the fire brigade said on Thursday. The island in the north of the Aegean Sea is densely forested. Thick clouds of smoke could be seen from far away in the morning, local media reported. No one has been injured so far, the island's Mayor Lefteris Kyriakidis told state radio.

More than 13,000 hectares have burned in Greece so far this year, according to the civil defence force. Several fires are considered to have been acts of arson. Climate change is cited by meteorologists as accelerating the blazes.

After months of drought, due to high temperatures and strong winds, conditions prevailed that could turn any small fire into a huge forest fire, meteorologists told state radio on Thursday.