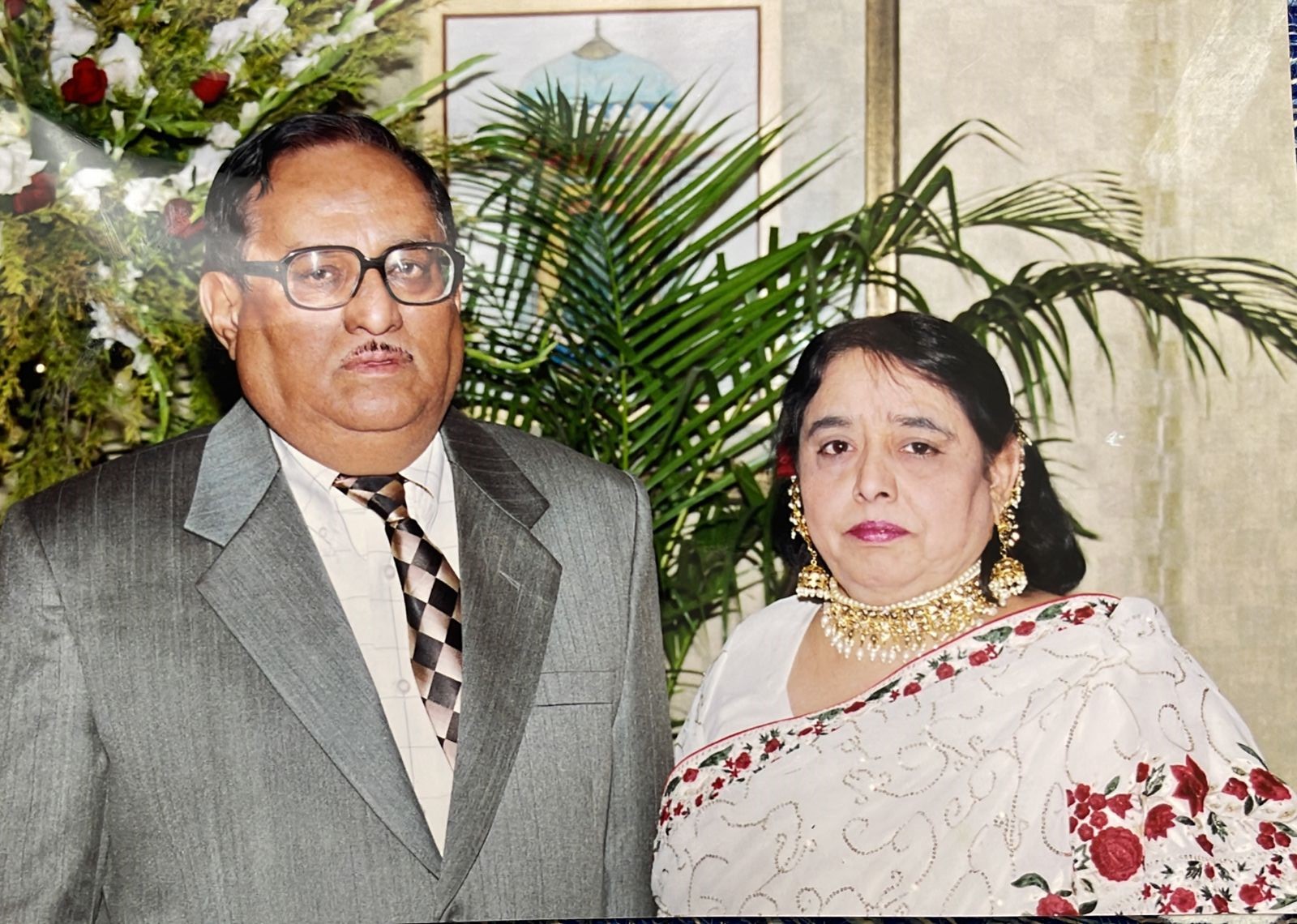 A prominent Indian community leader Musarrat Husain Jafri, who founded the Indian school in Riyadh in 1982, died due to cardiac arrest following coronavirus complications. Jafri, 76, is survived by his wife Zeenat Musarrat Jafri and two sons, Syed Mudassir Jafri and Syed Mohsin Jafri. A legendary figure, Jafri was a kind, supportive, and strong person who guided the community for the past five decades with his dynamic leadership and vision.

Mohammad Zaigham Khan, convener of All Indian Steering Committee, extended his sincere condolences on the sad demise of Jafry. Khan said: “I extend my heartfelt condolences on the death of Mr. Jafri, who founded the Indian school in Riyadh.” “Jafri’s death is a big loss to the community, particularly in Riyadh region, where he had contributed a great deal for the welfare of the community, both in the educational and social fields.”

The school started by Jafri initially from his house with a few studuents grew as one of the largest International Indian Schools abroad with more than 6000 students on its rolls today. Jafri, who also founded the first Indian Community Club in Saudi Arabia on the request of the then Indian Ambassador Ishrat Aziz,  worked as vice president of the school managing committee for five years during the initial days.

Jafri also had the distinction to work as a scientist under the direct supervision of late India’s President Dr. A. P. J. Abdul Kalam, who was then the director-general of the Hyderabad-based Defense Research and Development Organization (DRDO). Afterward, he was sent on deputation for a three-year contract by the Indian government to Saudi Arabia to establish quality control laboratory, currently known as Saudi Standards, Metrology and Quality Organization (SASO).

He continued to work for SASO laboratories in Saudi Arabia as a top-notch chemical and polymer expert for 45 years. Established in 1972, the SASO is an apex technical government body in Saudi Arabia that governs tasks related to standards, metrology, and quality.

Jafri was the brain behind setting up various professional associations promoted by him during his tenure at SASO to help domestic industries and factories. They include the Paint Standards Association and Plastic Standards Association. He had a lot of credit and inventions to his name.

He was a part of the scientists’ team to invent a coating to help the flooring of the holy mosques in Makkah and Medinah. This invention was patented by the US.

Born and brought up in Agra, a historical city in the Indian state of Uttar Pradesh, Jafri was a versatile technocrat with a B. Sc. from Punjab University, a B. Tech from IIT Kanpur, and an M. Tech from IIT Kanpur. Expressing his condolences on the death of Jafry, Abar Hussain, president of the Aligarh Muslim University Old Boys Association (Riyadh chapter) said that “the whole community is sad to learn about the passing away of this highly respected Indian community leader, and the community will miss him very much.”

“His death is a big loss to the Indian community living in the Kingdom,” said another Indian community leader. He said that Jafri’s demise “leaves a void too big to be filled.”   The community services rendered by Jafri during his stay in Riyadh can not be counted, he added. Jafri was instrumental in organizing several community events, sports competitions, funfairs.

Due to his professional expertise and caring nature, he also offered consultations and helped several young entrepreneurs to set up business ventures and full-fledged companies in Saudi Arabia. Indian community in Riyadh region are hopeful that the legacy of Jafri, fondly called Jafri Saheb, willnow  be carried forward by his wife, Mrs. Zeenat Musarrat Jafri (an awardee of Prestigious Pravasi Bhartiya Samman), and his two sons, Mudassir and Mohsin. 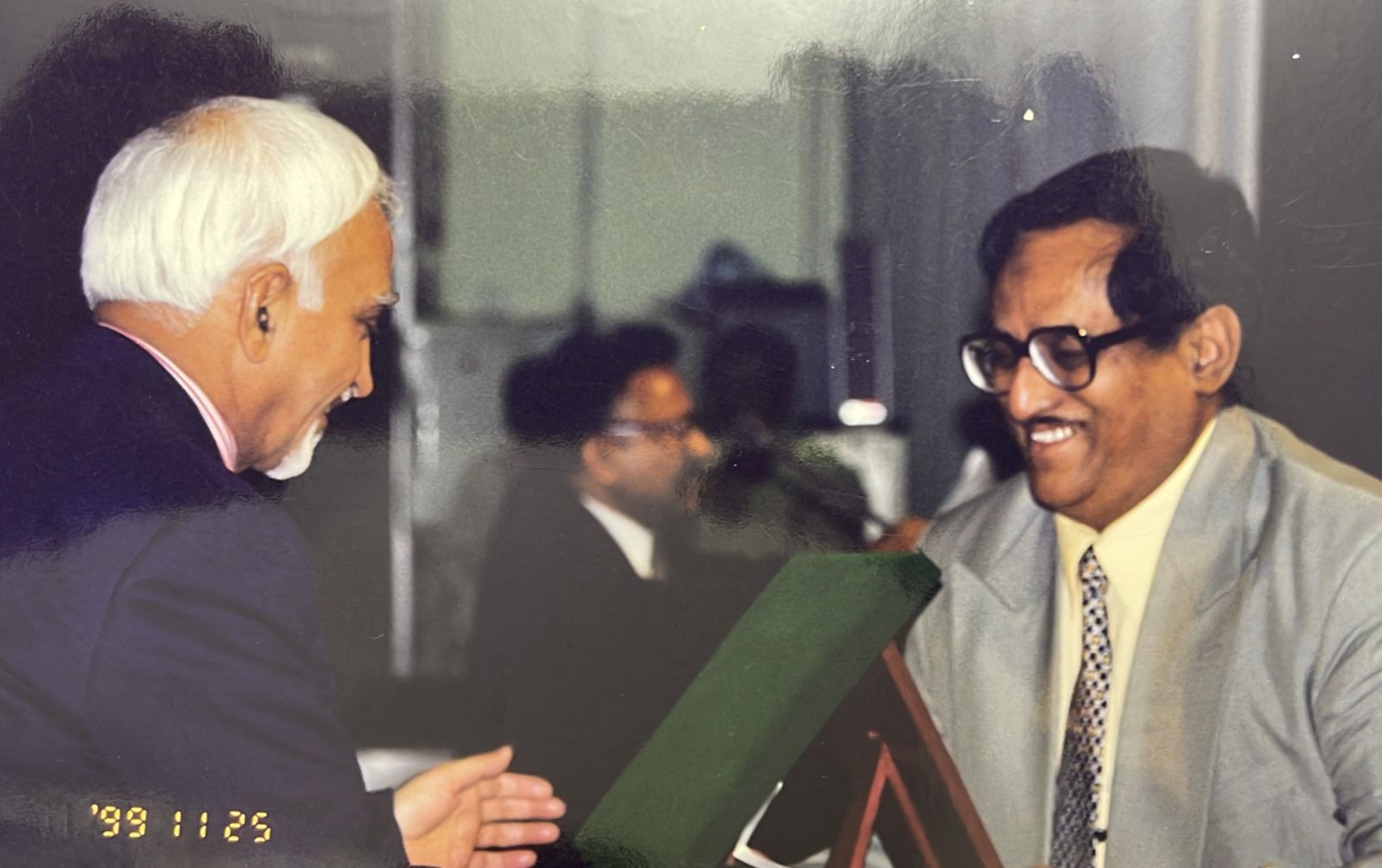