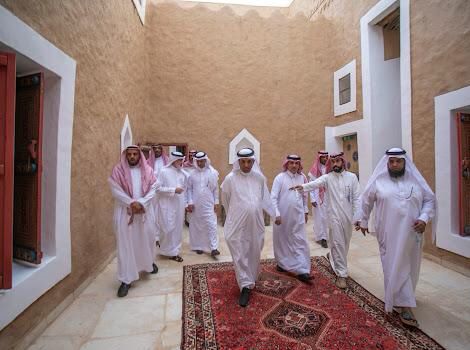 Governor of Onaizah Mr. Abdulrahman Al-Sulaim and the CEO of the Heritage Authority, Dr. Jasir Al-Harbash, visited the heritage Beit Al-Bassam to supervise the the ongoing preparations for the site that expected to be launched soon to become one of the tourist and heritage sites for visitors to the Qassim region.

According to Wikipedia, Bait Al Bassam is one of the heritage houses in Onaizah. Its construction was completed in 1378 AH. It is a mud palace with an area of more than three thousand five hundred square meters. It is built in the Najdi style, and mud was used in its construction as a basic material, because Clay has the advantage of being a heat insulating material during the summer. The house includes several sections. There is a section for men that contains two rooms, one in summer and the other in spring. Coffee is often served in “Almuasha”, which is the place designated for serving food after coffee, and there is a basement hall below “Almuasha”characterized by warmth in the winter and cold in the summer, It also works to isolate noise. As for the lighting, it is through “ALmassarie”, which are windows that open to the liwan, and each of these halls are open from two sides for the purpose of ventilation and lighting, and there is a suite dedicated to the business of trade in which the rooms are distributed in the form of a portico with cylindrical columns, in addition to the entrance to the garage for entering cars for the purpose of goods and marketing them to the city's merchants. As for the family suite, it consists of two parts, one of which is for reception and contains a small coffee prepared to receive relatives, and the other part is for living and is in the form of a square exposed to the sun. There is also a spacious garden and contains a special annex to carry out related works, and there is a courtyard for livestock. There are also some rooms that have been prepared for a variety of uses, where there is a room for the bride, a maternity room, another for women's jewelry, a room for ancient weapons, rooms for ancient nursing, a mill room, and next to it is a room for the treasure of dates.

The building is currently used for various events and exhibitions, including a plastic art exhibition for school students and an exhibition of old photos. It is also used to organize popular crafts and food events, as well as folklore auctions. The building was used to set up a special pavilion for plastic artists in Onaizah. It was also equipped with a puppet theater where ancient wedding methods were shown. The house also hosted a number of poetry evenings, and the building was used to hold a display for the productive families of handicrafts of clothing, utensils or cosmetic artifacts, in addition to popular foods. Several exhibitions were also held there, including an exhibition of old photos of the city of Onaizah, which were taken at an early period. 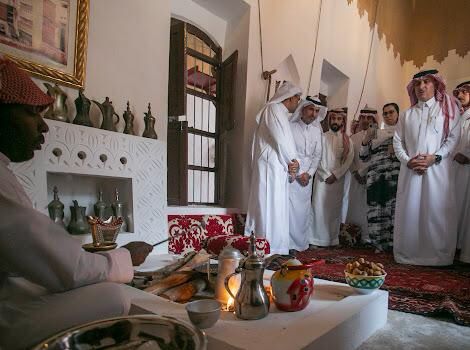 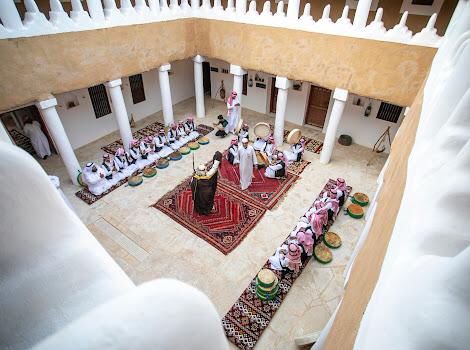