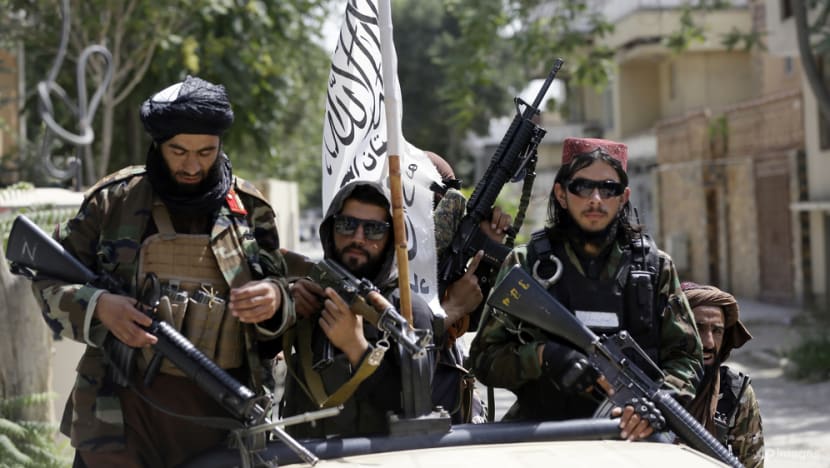 Growing ties between India and Taliban in Afghanistan raise eyebrows

Growing ties between India and the Taliban in Afghanistan have raised eyebrows in Pakistan, which doesn’t want to see a New Delhi-friendly Kabul due to its own security concerns.

The Taliban have shown in recent weeks that they are willing to strengthen relations with India, including defence ties. Afghanistan’s Defence Minister Mullah Mohammad Yaqoob answered “yes” when asked about sending Afghan army personnel to India for military training.

“We don’t see any issue with it,” Yaqoob remarked. “Afghan-India relations get strengthened and set the ground for this. There will be no issues with it.” While stressing that Afghanistan did not want to interfere or get involved in the issues between India and Pakistan, he said: “We are an independent country, and our foreign policy is guided by our national interests.”

Yaqoob is the son of Taliban founder Mullah Omar, who led the Taliban while it ruled from the late 1990s until 2001. Mullah Omar had forced India out of Afghanistan in 1996, and it was only following the 2001 United States invasion that India was able to re-establish a presence.

After the Taliban takeover in Kabul in 2021 and being denied widespread diplomatic recognition, the group has sought to foster international connections in a bid to cement control.

Muttaqi reportedly asked the delegation to resume India’s projects and reopen the country’s embassy in Afghanistan. The Taliban has also claimed that India has supported the opening of borders and ports for Afghanistan exports, although India has downplayed the significance of the delegation’s visit.

Official statements aside, the visit does appear remarkable. For one thing, it marks a U-turn in the Taliban’s decades-old India policy, which has carried strategic implications for the region, particularly Pakistan.

Engaging India could be a sign to indicate that Pakistan no longer wields a preponderant influence in Taliban-led Afghanistan. The Indian visit certainly stirred concerns in Islamabad, with Pakistan’s Foreign Office spokesperson declaring “we would not like to see anyone playing a role that is negative in any sense or the role of a spoiler”.

Another Pakistani official privately said reopening the Indian embassy in Kabul would not be an issue but questioned the need for any Indian consulates along the border regions of Pakistan.

And for India, opening a line of communication with the Taliban marks a significant change of policy. New Delhi had long been staunchly anti-Taliban, deeming the group to be Pakistan’s proxy. India has previously supported forces such as Northern Alliance and Ashraf Ghani’s government in Afghanistan.

After the fall of Kabul in August 2021, India was quick to close its embassy and pull officials out of the strife-torn country.

GEOPOLITICALLY STRATEGIC FOR BOTH COUNTRIES

Any Indian influence in Afghanistan alarms Pakistan. Islamabad has already accused New Delhi of using Afghan soil to fuel unrest in Pakistan through Tehreek-e-Taliban Pakistan (TTP), which orchestrates attacks on Pakistan from inside Afghanistan, as well as Baloch separatist groups that it considers benefit from India’s support.

But why would the Taliban, knowing Pakistan’s sensitivities, display an interest in engaging India?

The obvious answer might be that the Taliban is showing an “India card” to pressure Islamabad at a time when differences have developed with Pakistan over several issues, including border controls. Nonetheless, the timing is intriguing given that the Taliban is currently facilitating peace talks between Islamabad and the TTP in Kabul.

Relations between Pakistan and the Taliban have deteriorated since the August 2021 takeover in Kabul. A border skirmish in December 2021 hasn’t helped, nor has the TTP’s presence in Afghanistan.

Pakistan launched a drone strike in April to target TTP hideouts inside Afghanistan and has continuously pressed the Taliban to crackdown on the militants.

From India’s perspective, an Islamabad-friendly Kabul would undermine its strategic interests in Afghanistan. It appears New Delhi wants to take the opportunity to make a new start with the Taliban and in doing so upset the interests of an old enemy.

Syed Fazl-e-Haider is a contributing analyst at the South Asia desk of Wikistrat. This commentary first appeared in Lowy Institute's blog The Interpreter.