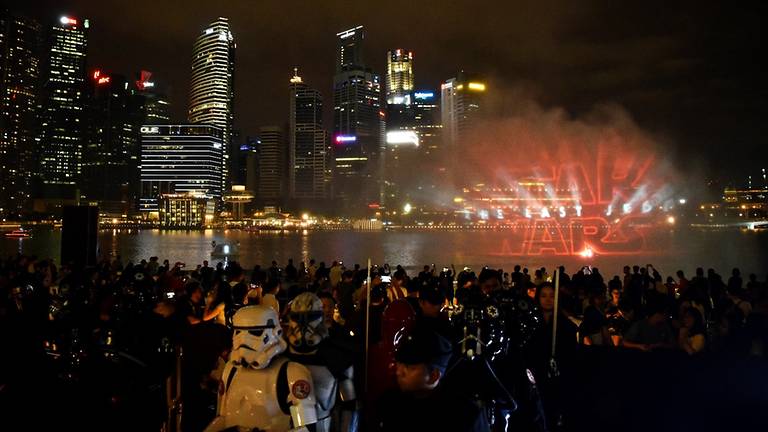 In celebration of the highly anticipated next instalment of the Star Wars franchise, Marina Bay Sands (MBS) has adapted its nightly light and water show, Spectra, for a special Star Wars: The Last Jedi themed performance.

Actress Kelly Marie Tran who plays Rose Tico, one of the movie’s biggest new characters, flew into town to debut the show on Saturday (Nov 25) night.

The spectacle is billed as a first-of-its-kind multimedia extravaganza.

The singular performance at Marina Bay waterfront boasts an array of lasers, light and water movements with visuals from The Last Jedi - all set against the iconic film score from the franchise.

The free-to-public show will be staged only one more time - on Dec 15 at 8.30pm, following the opening of Star Wars: The Last Jedi in Singapore cinemas on Dec 14. It will take place at the Event Plaza.

Pegged as the breakout star to watch, Tran’s presence in Singapore to kick off Star Wars festivities has added to the buzz and build-up to the sequel of 2015’s The Force Awakens.

After the light and water show, the 28-year-old Vietnamese-American actress mingled with Star Wars fans and gamely posed for selfies.

Tran got the career break of a lifetime when she landed the life-changing new lead role of Rose in one of filmdom’s biggest franchise just as she was thinking about quitting acting. Rose Tico in The last Jedi is a Resistance engineer who becomes Finn's (played by John Boyega) new partner in crime in the continued fight against the First Order. 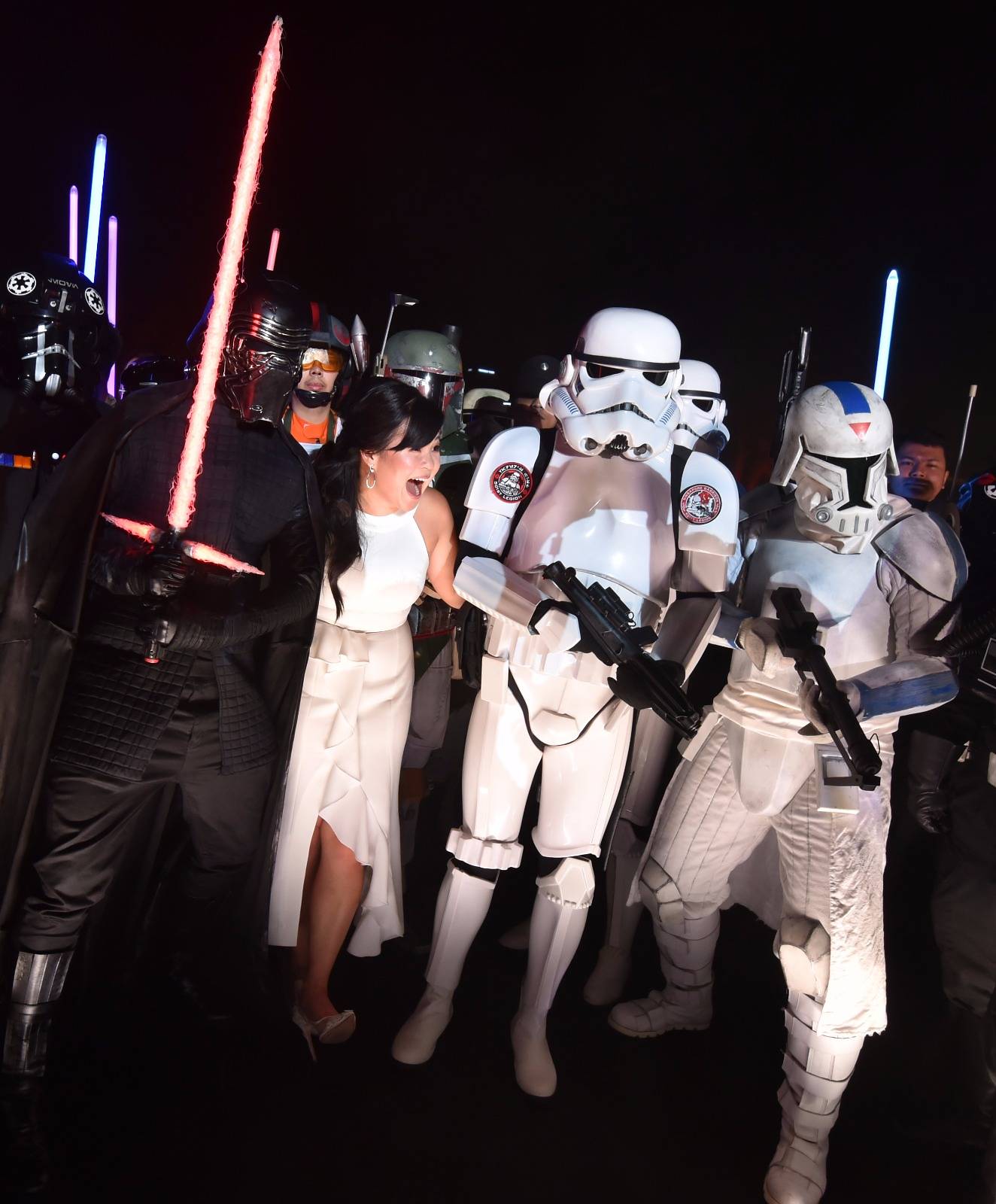