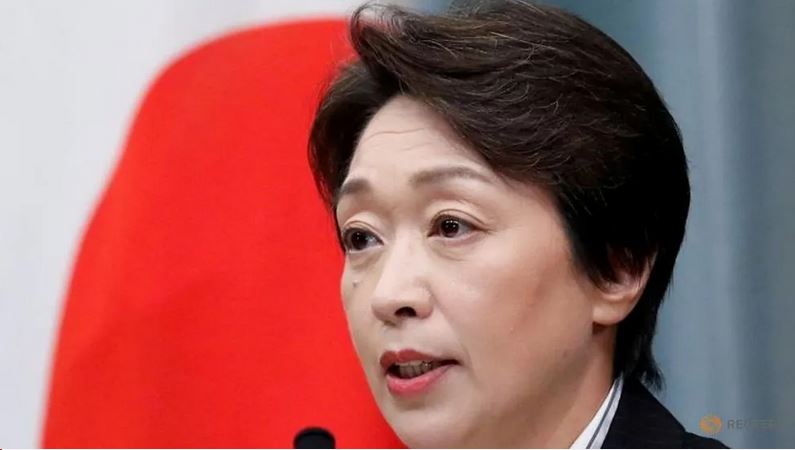 Japan's Seiko Hashimoto, a woman who has competed in seven Olympics, said on Thursday (Feb 18) she had been chosen as president of the Tokyo 2020 Organising committee, replacing a man who resigned after setting off a furore with sexist remarks.

Yoshiro Mori, 83 and a former prime minister, resigned as Tokyo 2020 president last week after saying women talk too much, a fresh blow to an event already marred by an unprecedented delay of a year due to the coronavirus pandemic and strong public opposition.

Hashimoto announced her selection shortly after submitting her resignation as cabinet minister to Prime Minister Yoshihide Suga, who encouraged her to make the Olympics successful.

"I, Seiko Hashimoto, was selected as head of the Tokyo Olympics and Paralympics organizing committee," Hashimoto told a meeting in which she was chosen as the new chief.

"As I’m taking on such a grave responsibility ... I feel I need to brace myself."

Hashimoto faces a raft of tough issues, including taking the helm of one of the world's biggest sporting events with less than half a year left until its start as well as making sure athletes and officials are kept safe from the coronavirus.

Her name comes from a Chinese character used for the Olympic flame, and she lived up to it, ultimately took part in the most Olympics of any Japanese woman. The highest medal she received was a bronze in speed skating at the 1992 Albertville Winter Games.

A 56-year-old lawmaker in Japan's ruling party, Hashimoto served as the Olympics minister, doubling as minister for women's empowerment, since 2019 until resigning on Thursday.

Mori resigned last Friday after causing an international outcry by saying during a committee meeting that women talk too much, comments that a top Tokyo 2020 executive said on Thursday had caused "indescribable damage."

He initially defied calls to step down, but growing anger at his remarks and a petition drive led by a 22-year-old student and activist, among others, helped seal his fate even in a nation still struggling with gender equality.

Criteria for a new leader for the organising committee included a deep understanding of gender equality and diversity, and the ability to attain those values during the Games, organisers have said.

The Games are set to begin on Jul 23 despite repeated opinion polls showing that most citizens are opposed to holding them this year due to the pandemic.