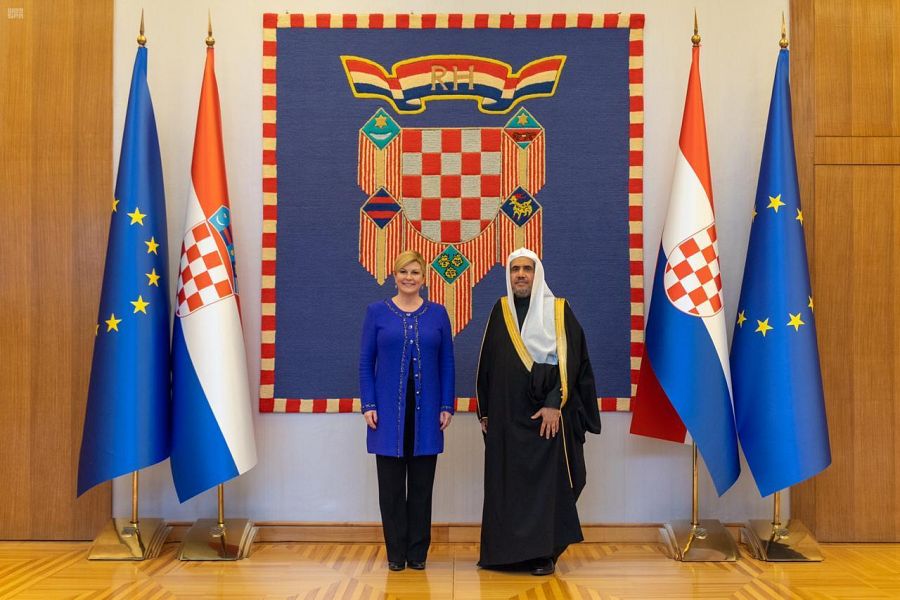 Her Excellency the President of Croatia, Mrs. Kolinda Grabar-Kitarović, received at the presidential palace His Excellency the Secretary-General of the Muslim World League (MWL) Sheikh Dr. Mohammed bin Abdulkarim Al-Issa, and reviewed opportunities for cooperation to promote the values of tolerance and coexistence.

His Excellency Sheikh Al-Issa emphasized the MWL's message to the humanitarian community towards adhering to the principles of peace and coexistence and rejecting all forms of extremism. The Croatian President appreciated the MWL's message and actions around the world, especially its initiative for promoting friendship and cooperation among nations and peoples for a more understanding and peaceful world and more harmonious and integrated societies. Her Excellency agreed to chair the Center for Civilization Communication, which was recommended by the Zagreb Conference on Human Fraternity to Promote Security and Peace".

His Excellency also met with Croatia's Prime Minister Andrej Plenković at the Cabinet's headquarters, and reviewed with him the areas of joint action in the framework of implementing the plans and initiatives launched by the MWL to consolidate the values of religious and national harmony.

Dr. Al-Issa also met with Mr. Gordan Jandroković, Speaker of the Croatian Parliament at the Parliament’s headquarters, where he discussed with him the areas of coordination between the Parliament and the MWL on tasks of common concern, especially those related to the rights and duties of minorities.

His Excellency met the imams working in Croatia and the head of the Islamic Cultural Center, and delivered a speech at the Center praising the conditions of Muslims in Croatia, who enjoy all the rights of citizenship without discrimination.

In the Croatian diocese, Dr. Al-Issa held a meeting with the bishops and reviewed with them the areas of joint cooperation.

His Excellency responded to the invitation of the Mayor of Zagreb, Mr. Milan Bandic, to visit the municipality of the capital. The Mayor appreciated the MWL's efforts to support peace and coexistence around the world and deepen relations among nations and peoples. 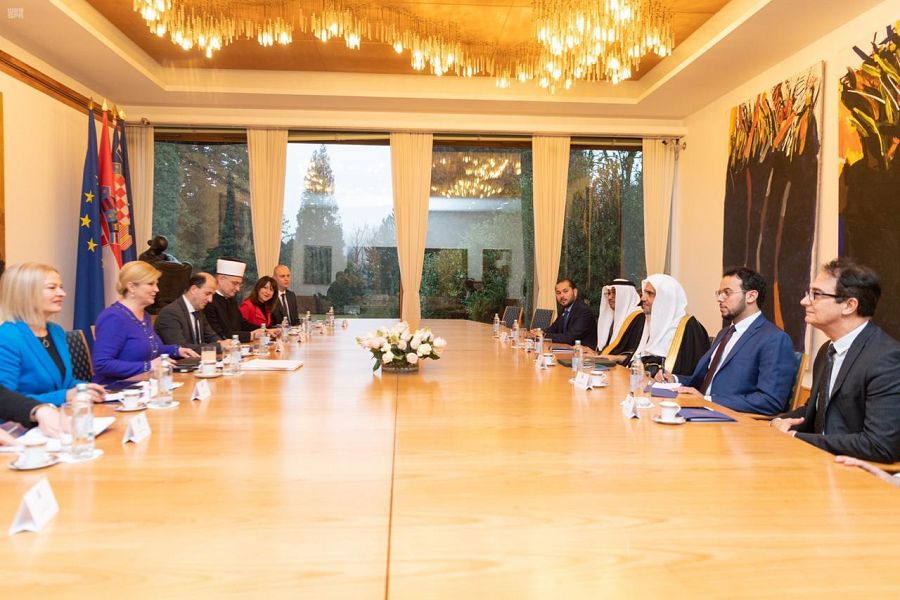