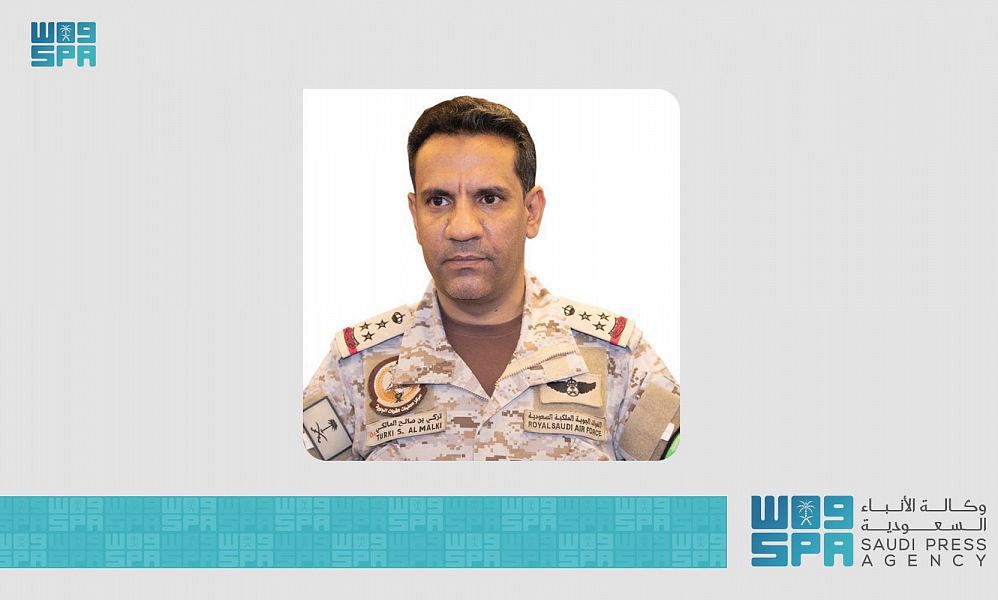 Coalition to Restore Legitimacy in Yemen: Conducting A Military Operation in Sana’a In Response to Threats, Deterrence of Targeting Civilians and Civilian Objects

A Statement by the Official Spokesperson of the Coalition to Restore Legitimacy in Yemen Brigadier General Turki Al-Malki:

“Coalition Air Force has conducted today, Thursday, a military operation against legitimate military targets in the Capital Sana’a in response to the threats, and neutralization of the dangers of imminent attacks that use ballistic missiles and bomb-laden drones to target civilian infrastructures in the Kingdom.

The Joint Forces Command of the Coalition has exercised during past months utmost restraint in face of the gross humanitarian violations and deliberate, systematic, hostile, brutal attacks by the Iran-backed Houthi militia, in support of UN efforts and initiatives to reach a sustainable and comprehensive political resolution in Yemen.

The militia is continuing its hostile and irresponsible behavior through deliberately targeting civilians and civilian objects, such as civilian airports (Abha International Airport and King Abdullah Airport in Jazan), which is a deliberate targeting of multinational civilian passengers. As well as the attempts to target electric power stations and other infrastructures.

Against these gross violations and hostile, irresponsible acts by the militia, and with the lack of international deterrence that considers the Houthi militia as an existential threat to international peace and security, this military operation was carried out in protection of civilians and civilian objects from such gross violations. Civilians and civilian objects are a thin red line that should not be crossed.

The military operation was conducted in line with the customary International Humanitarian Law, and took into account preventative measures to spare civilians any collateral damage.

Should the Houthi militia continue to persist in their gross violations of targeting civilians and civilian objects and infrastructures, they must prepare for what is wider and more extensive in accordance with the International Humanitarian Law.”