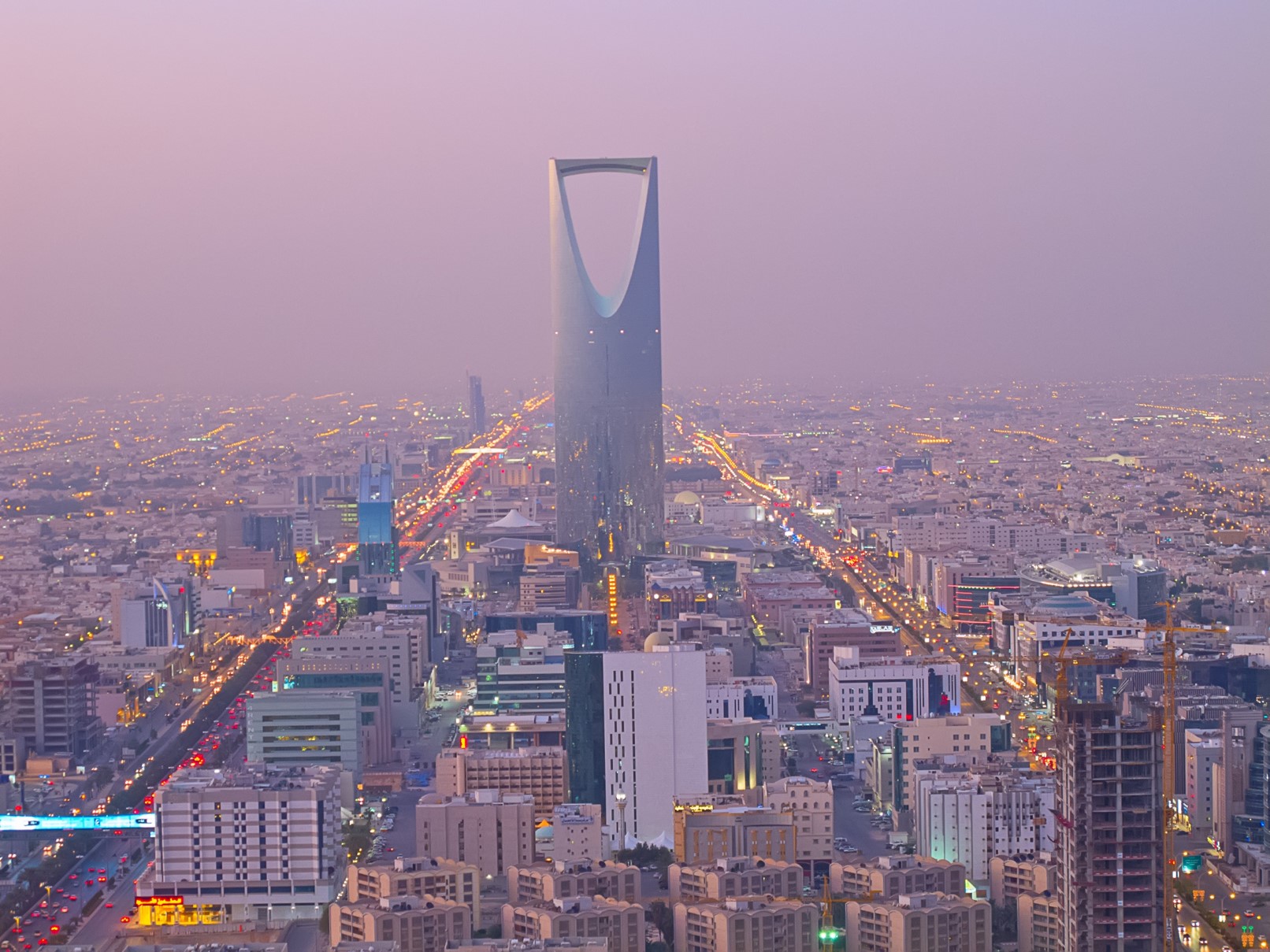 “The number one rule of thieves is, nothing is too small to steal"

I bet you are thinking, this is a funny travel subject to write about. Well, it is not that funny if you take into account the subject matter I write about is related to personal experience. Plenty of good things have happened to me along the way, as well as a couple of not-so-easy-to-admit things.

Fraud and theft happen all over the world, Right! It also happens to smart, well-traveled, and unsuspecting individuals who generally do not see it coming. Fact.

But is coronavirus creating the best kind of camouflage for online scammers?

My first experience being ripped off was at the hands of a taxi driver. A pretty harmless rip-off trick that many travelers experience when they land in a new destination and jump into a taxi to go to their hotel.

A hotel that you expect to be miles away but is in fact only a stone’s throw away. Normal price, $10. The price for a new wet behind the ears tourist, $50 plus tip, because the driver was such a friendly chatty guy.

My second experience was at the hands of an Indian fortuneteller in Delhi. He was very cunning and I was very young. I should add it is not totally unexpected to get pounced on in a Delhi market by eager salespeople.

This is especially true if you are a female Caucasian wandering around with not a care in the world and possibly enough money in your wallet to feed an Indian family of 5 for a month.

My fortuneteller was soft-spoken, friendly, and persistent. So for 20 rupees, and because I had all day to amuse myself, I decided to sit down and humor him for 5 mins!!

Unsurprisingly, its game over once you sit down. And I know it's embarrassing for me to even admit this, but even at that moment when your mind tells you this could be a con, your curiosity wins out.

At the beginning of the process you write down the answers to five questions, and then the fortuneteller goes on with some other mumbo jumbo and asks a few more questions.

All up, I basically gave him all the information I wanted to be true in my life and he fed it back to me in a different format, with the price of each answer going up the more incredibly accurate the fortune teller was!!

The only fortune told that day was that I am likely to be broke all my life. While the Indian guy on the other hand probably owns half of Delhi.

The next unfortunate experience was in Nairobi. Thankfully, I did not lose anything financially on that occasion but I did gain some valuable knowledge.

The general practice when an airline crew has a few days off down route is to meet up to have dinner one evening. A favorite place in Nairobi was Carnivore, which was within walking distance of our hotel. It is an open-air restaurant in the Langata suburb of Nairobi.

Hardly surprising Carnivore's specialty is meat. It featured an all-you-can-eat buffet, which is always an attractive option for airline crews.

Back in the day, it was also popular because they served game meat as well and many people wanted to check out a slice of crocodile or giraffe just for the experience.

On this trip, our American Captain was traveling with his lovely wife. We were all dressed up to the nines for dinner and foolishly decided to walk the short distance to the restaurant. A group of white faces walking around Nairobi is never recommended.

About 5 minutes from the restaurant on the only stretch of street that didn't have a street light, a guy whizzed by on a two-wheel bike.

He swerved into the group as he passed to whip off the heavy gold chain from around the neck of the Captain’s wife. The wife went flying and the Captain took off at speed on foot after the guy on the bike. This anecdote could have had a terrible ending indeed, but thankfully, someone managed to catch up and stop the Captain from running into a more sinister situation.

The moral of this story is to leave the jewels at home when you travel, and walking at dusk isn’t the safest way to get to where you are going.

Having notched up some good experience, imagine my shock in Bangkok when I was bag-snatched. This time, by two guys on a scooter whizzing by me in broad day-light in a middle-class suburb. They did much the same thing as the guy in Nairobi. Came from behind and knocked me to the ground. I don’t blame you for thinking this one should not be let out on her own.

The thing is, there are lots of people out there who are very practiced and skilled at deception and theft. This profession is full-time for them. They are clearly making a healthy living out of it and so naturally they are quite innovative and brazen in their ways.

We mere honest mortals would go completely nuts if we were only ever thought about which side is the guy who is going to rob me, coming from?

So here I am in Saudi. There was a time in the Middle East where a thief would get his hand chopped off, but how do you catch the thief on the phone!

Recently while sitting at my desk in my office, I had a call from my “Saudi bank”. At the time I was having some trouble with my bank card. The voice on the line said  “Your debit card and bank account are now frozen due to “security reasons”.

I thought this was very efficient of the bank to call me up about it. The caller was polite and knowledgeable, assuring me that he could sort out the issue online. All I needed to do was to log in to my account. I proceeded to log in online, while the friendly thief chatted away on the phone. Little did I know that the guy I was talking to was also logging in to my account from a different location.

When the bank sent me the private access code he heard the message ping on my phone and promptly asked for it… that is right because it is the only piece of info he doesn't have on me!

As soon as I shared, I knew I had been conned, but by then it was too late.

Thankfully, I only had a small amount of money in the account, but that money quickly vanished. I did not feel good about that at all. A bit like the time I was knocked off my feet in Bangkok, you get up and you have this moment of helplessness watching your valuables disappear into thin air.

So now I can add, "I had been robbed online" to my 20 years of experience. I did what I could to get the money back but once you give out ANY of your bank details and you allow someone else to access your account, that money is gone forever. No insurance protects you from con artists or stupidity. And no police force can keep up with the numerous scams that go on these days.

In 2018 in the UAE, Lulu Supermarket was as much a victim as the ordinary citizen when fraudulent messages bearing the logo of LuLu hypermarket were so prevalent in the local community that the retailer took out ads in the UAE national newspapers warning residents about a major scam using its own corporate branding.  This was an audacious level of confidence by the people behind that scam.

Last year, a local UAE bank was held responsible by Dubai's authorities for a SIM card swap fraud that cost a customer AED 4.7 million (US$1.3 million) in life savings.

Again the sort of scam where criminals exploit a weakness in two-factor authentication and verification in which the second step is a text message (SMS) or call to a mobile phone number.

So dear readers, please keep in mind, the person calling already has some information on you, he just needs a few more details to complete the transaction in his favor. Saudi banks do not employ South Asian call centers to call us up to assist us with anything.

As an ex-pat, I have learned that we are seen as an easy target because we do not expect it. Some crooks think we are loaded and we will not miss a few pounds. Although I would not say that about myself.

How these people get this information is unknown. Recently I read a UK report about a Barclays bank employee who sold their customers' information on the dark web. If it happens like this in the UK, it is reasonable to believe that it can happen here too.

Not long after that experience, I had a different type of call. This time it was about my Absher account, presumably, that could have led to some kind of Identity fraud.

So watch out, these guys don't give up after the first attempt. Saudi is opening up as a country for business and tourism but sadly, not all the people coming here will be the kind we want in our lives.