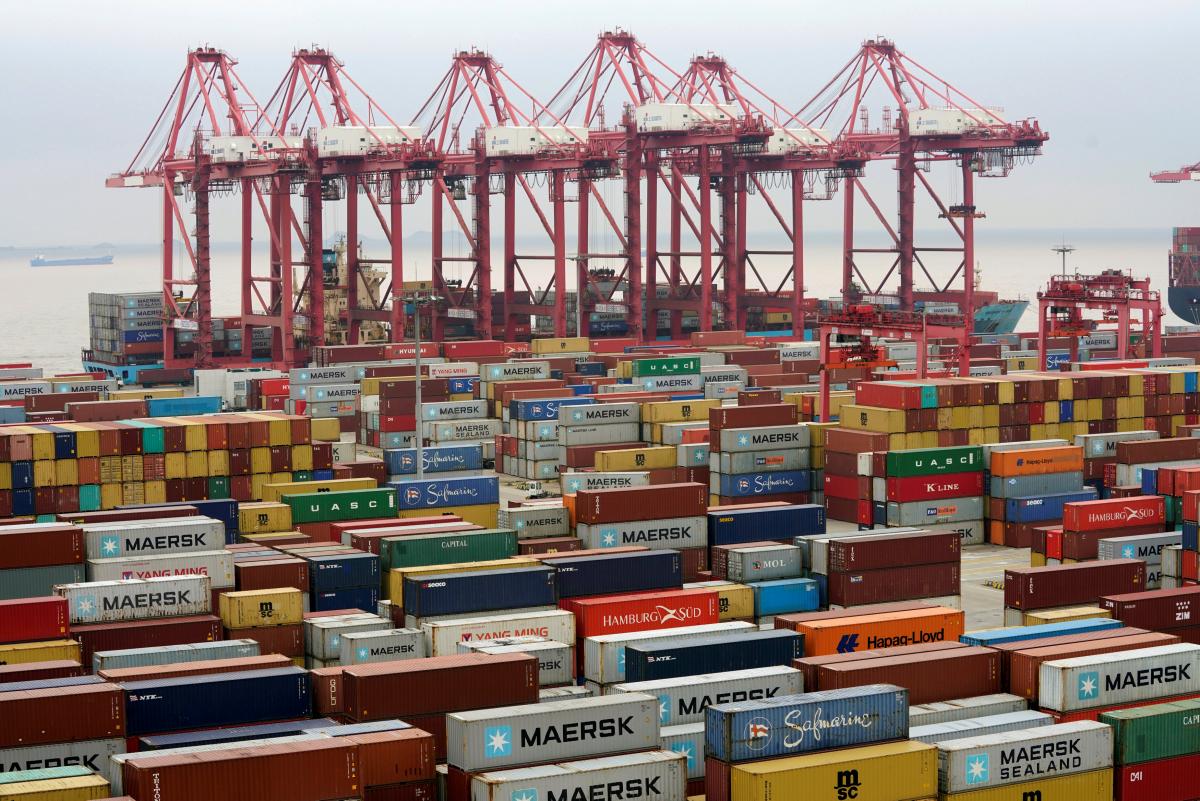 China exports grow despite US tariffs, but import slump most in nearly three years

China's exports unexpectedly returned to growth in May despite higher U.S. tariffs, but imports fell the most in nearly three years in a further sign of weak domestic demand that could prompt Beijing to step up stimulus measures.

Some analysts suspected Chinese exporters may have rushed out shipments to the United States to avoid new tariffs on US$300 billion of goods that President Donald Trump is threatening to impose in a rapidly escalating trade dispute.

But Monday's better-than-expected export data is unlikely to ease fears that a longer and costlier U.S.-China trade war may no longer be avoidable, pushing the global economy towards recession.

China's May exports rose 1.1per cent from a year earlier, compared with market expectations for a modest decline, customs data showed.

"We expect export growth to remain positive in June, likely supported by continued front-loading of U.S.-bound exports, but it should then tumble in the third quarter, when we expect the threatened tariffs to be imposed," economists at Nomura said in a note to clients.

"Therefore, we believe Beijing will likely step up its stimulus measures to stabilize financial markets and growth."

Analysts polled by Reuters had expected May shipments from the world's largest exporter to have fallen 3.8per cent from a year earlier, after a contraction of 2.7per cent percent in April.

While China is not as dependent on exports as in the past, they still account for nearly a fifth of its gross domestic product.

Trade tensions between Washington and Beijing escalated sharply last month after the Trump administration accused China of having "reneged" on promises to make structural changes to its economic practices.

Trump on May 10 slapped higher tariffs of up to 25per cent on US$200 billion of Chinese goods and then took steps to levy duties on all remaining US$300 billion Chinese imports. Beijing retaliated with tariff hikes on U.S. goods.

Trump has said he expects to hold a meeting with Chinese President Xi Jinping at a G20 leaders' summit late this month, but analysts such as Capital Economics believe the chances of a lasting trade deal are receding as both sides appear to be digging in for a long battle.

Trade sanctions are spreading from goods to services, Capital Economics noted last week, with China issuing a warning to citizens about risks of traveling in the United States and U.S. lawmakers pushing to tighten visas for Chinese students.

Damage from the trade war along with a broader softening in global demand will make 2019 the worst year for trade since the financial crisis a decade ago, with only 0.2per cent growth, according to economists at ING.

China's trade surplus with the United States, a major irritant for Washington, widened to a four-month high of US$26.89 billion in May, from US$21.01 billion in April, Monday's data showed.

Exports to the U.S. fell at a more moderate pace of 4.2 percent after dropping 13.2 percent in April, while China's imports of U.S. goods declined 26.8per cent from a year earlier.

China's May imports were much weaker than expected, falling 8.5 percent, the sharpest drop since July 2016. That left the country with a trade surplus of US$41.65 billion for the month.

Analysts had forecast imports would fall 3.8per cent, reversing an expansion of 4per cent in April, which some had suspected was related to the reduction in the VAT.

Highlighting sluggish demand, imports of copper fell. The red metal is widely used in construction, electrical goods and manufacturing and is considered a bellwether for the health of an economy.

For January-May, China's total exports rose just 0.4per cent from a year earlier, while imports declined 3.7per cent.

As trade pressures intensify, analysts believe China will loosen policy further in months ahead to shore up economic growth.

Investors are also watching to see how much Beijing allows the yuan to weaken to offset higher U.S. tariffs. The tightly-managed currency has depreciated nearly 3 percent against the dollar since trade tensions flared in early May and is nearing a closely watched support level.

Analysts do not expect a surprise devaluation from China like one in 2015, which could risk capital outflows and further angering Washington, but some believe more yuan weakness is inevitable if the trade war drags on.

Separate data on Monday showed China's foreign exchange reserves rose unexpectedly in May, suggesting the central bank has intervened only lightly to cushion the recent fall in the yuan.

The central bank has cut banks' reserve requirements (RRR) six times since early 2018 and guided some interest rates lower, while urging banks to lend more and keeping ample amounts of liquidity in the banking system.

A growing number of analysts believe it could cut benchmark interest rates in the event of a full-blown trade war, especially if the U.S. Federal Reserve eases policy first.

Beijing also has leaned more heavily on fiscal stimulus than in past downturns, possibly due to high levels of debt left over from past credit sprees. It has fast-tracked infrastructure projects, cut taxes for companies and raised export tax rebates.

The economy has yet to get back on firm footing, however. Factory activity in May contracted more than expected amid weak demand at home and abroad, an official survey showed.

Citing heightened trade uncertainties, the International Monetary Fund (IMF) last week cut its 2019 economic growth forecast for China to 6.2per cent, which would mark the country's weakest expansion in 29 years.