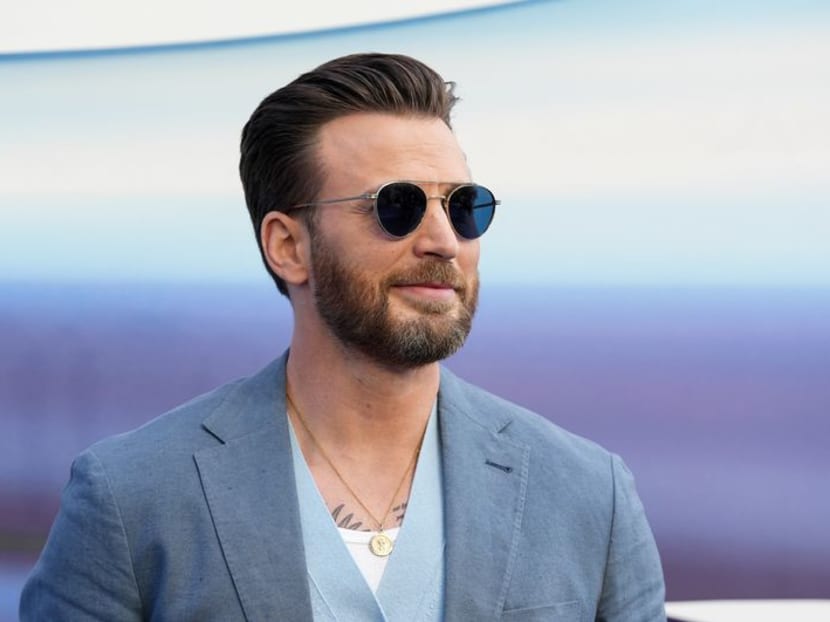 Cast member Chris Evans poses for a photo, as he arrives for the UK premiere of 'Lightyear' in London, Britain June 13, 2022. REUTERS/Maja Smiejkowska
Reuters

Actor Chris Evans, who voices the main character in Lightyear, applauded moves to reflect all types of people and said those who react negatively should be disregarded.

"The real truth is those people are idiots," Evans said in an interview with Reuters Television ahead of the debut of Lightyear in theatres on Friday (Jun 17).

"Every time there’s been social advancement as we wake up, the American story, the human story is one of constant social awakening and growth and that’s what makes us good," he added.

Lightyear was banned in the United Arab Emirates because it depicts homosexuality, and Disney has been unable to secure permission to show the movie in 13 other Middle Eastern and Asian countries.

In Singapore, it will be released with an NC16 rating on Thursday.

The movie is Pixar's imagining of the movie that inspired the toy version of Buzz Lightyear featured in the acclaimed Toy Story franchise.

Evans voices Buzz Lightyear, a legendary space ranger. Buzz's close friend in the film is a female space ranger who marries another woman. A scene showing milestones in the couple's relationship includes a brief kiss.

"There's always going to be people who are afraid and unaware and trying to hold on to what was before. But those people die off like dinosaurs," Evans said. "I think the goal is to pay them no mind, march forward and embrace the growth that makes us human."

In Lightyear, "We have a relationship here which lasts an entire lifetime. It's loving, it's supportive and it shows Buzz exactly what he doesn't have and that's the whole point.

"We should all be so lucky to have that kind of relationship in our life," she added.