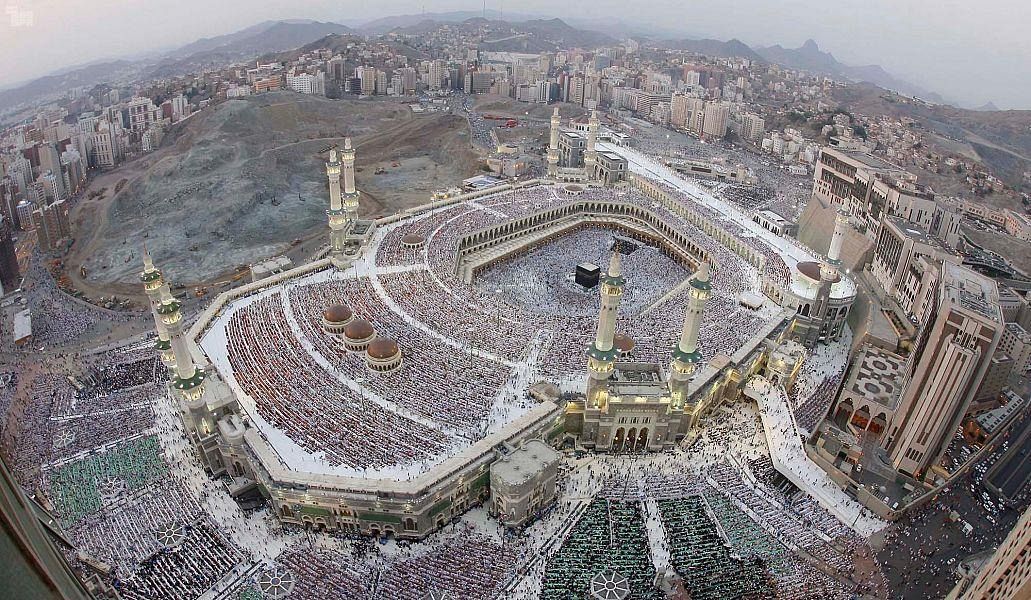 Since the reign of late King Abdulaziz bin Abdulrahman Al Saud until the current prosperous era of the Custodian of the Two Holy Mosques King Salman bin Abdulaziz Al Saud, the Kingdom of Saudi Arabia has paid great attention and care for the Two Holy Mosques and Holy Sites to accommodate the increasing numbers of pilgrims, Umrah performers and visitors.

The Kingdom of Saudi Arabia has harnessed all potentials for the construction and development of the Two Holy Mosques and Holy Sites and providing pilgrims, Umrah performers and visitors of the Grand Mosque in Makkah and Prophet’s Mosque in Madinah with top-level modern services emanating from its responsibility and great honor bestowed by Allah Almighty upon the Kingdom to take care of the Two Holy Mosques.

The service of the Two Holy Mosques is considered as one of the most important priorities for the leadership of the Kingdom of Saudi Arabia, whose Kings have been honored to perform this religious duty for the sake of Allah and for their pioneering roles in the service of Islam and Muslims. Throughout the successive eras, the Kingdom of Saudi Arabia's Kings have also sought to provide all means of comfort, facilitate affairs of Hajj and visit of the Two Holy Mosques as well as all procedures and provide the best services so that pilgrims can perform their rituals in a spiritual atmosphere, comfort, security and safety.

Late King Abdulaziz initiated, since entering Makkah and assuming the affair of the Two Holy Mosques, with all interest and determination for the construction of the Two Holy Mosques and serving their visitors. One of the key accomplishments of late King Abdulaziz in 1344 AH was to entirely restore and renovate the colors of the Grand Mosque in Makkah. He also instructed in 1370 AH to decorate the facades overlooking the Grand Mosque and its courtyards with marble. In 1345 AH, late King Abdulaziz ordered to install marquees in the courtyard of the Grand Mosque to protect worshipers from the heat of the sun; and in 1346 AH, he also ordered to repair the canopy of the Prophet Abraham, the dome of Zamzam and the base of the Holy Kaabah. 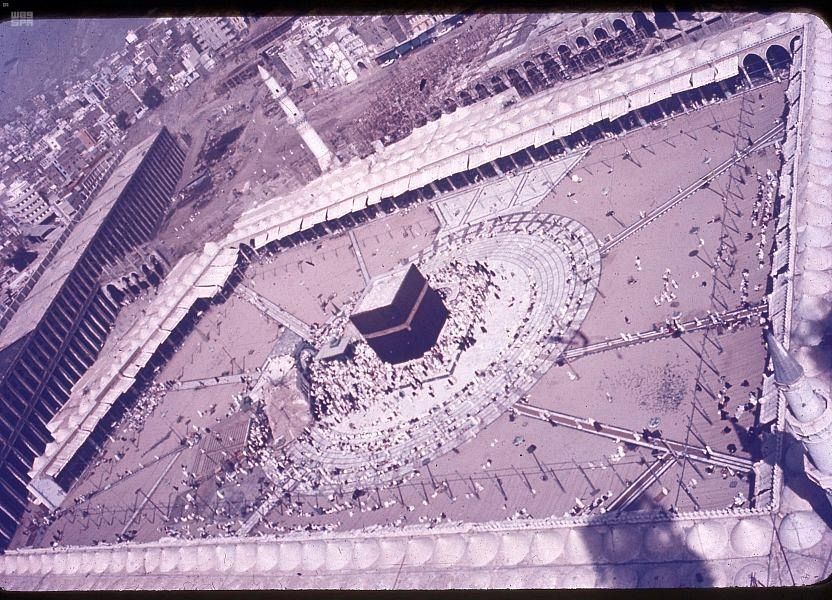 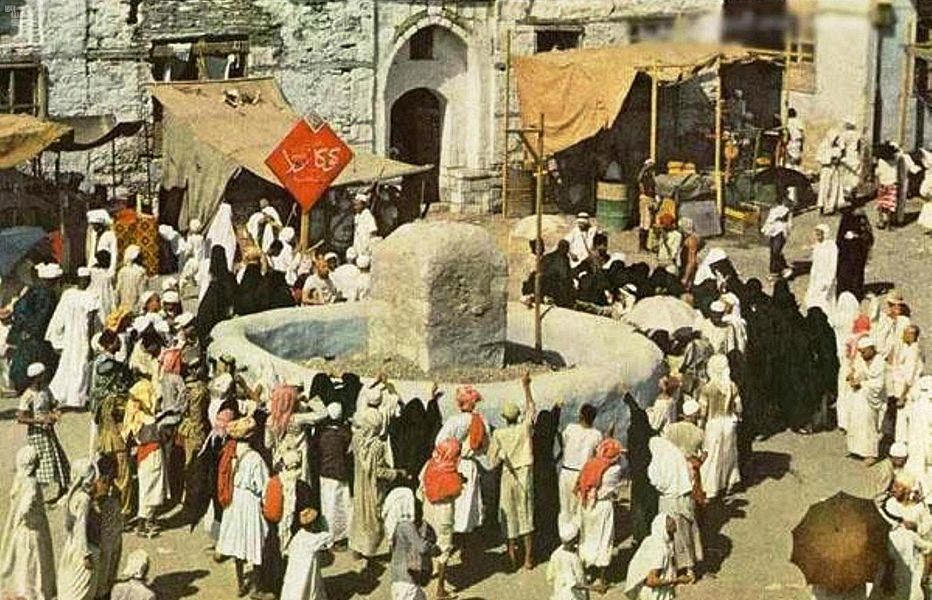 The late founder King Abdulaziz also ordered the installation of marquees at the piazza of the Holy Kaaba and fixed umbrellas at the sides of the piazza, attached to porticos which were spread and folded when needed, and they remained for many years and had been renewed continuously.

In 1346 AH, the late King Abdulaziz also ordered the establishment of the first factory for Kaabah Kiswah (Cover) in Makkah, and Masa'a (Running path) be paved with square granite stones and with reflected lights for the first time in history. He also ordered the establishment of the Security Department with its headquarters in Makkah for enhancing security. He directed to remove the outposts of shops that narrowed Masa'a which became very straight and good-looking.

The late King ordered the establishment of two standpipes for Zamzam water with the restoration of the old one and the repair of the stones spread throughout the piazza's path and the corridors' floors.

In 1354 AH, late King Abdulaziz also ordered the removal of the old gravel and replaced it with new ones. He ordered in 1366 AH to renew the ceiling of Masa'a and a new door be established for the Holy Kaabah covered with finest pure silver plates embroidered with Quranic verses engraved in different calligraphic forms in threads of pure gold.

After that, the sons of late King Abdulaziz continued to take care of the service of the Two Holy Mosques.

Late King Saud bin Abdulaziz Al Saud directed the installation of a pump to raise the water of Zamzam in 1373 AH, the construction of a building for Zamzam water in front of Zamzam Well in 1374 AH, building Masa'a with its two floors, the expansion of piazza; and Zamzam Well became in the basement provided by water spouts and a course for the used water.

He also ordered the restoration of the Holy Kaabah in 1377 AH, when the upper and lower Kaabah roofs were completely replaced, and the Kaabah stones that were exposed to cracks and dust accumulation were treated.

During the reign of late King Faisal bin Abdulaziz, he continued the expansion of the Grand Mosque that began during the reign of late King Saud. And what had been implemented during his reign was the removal of the building based on the shrine of the Prophet Abraham as an expansion for worshipers circumambulating the Holy Kaabah, and covered the shrine with a crystal cover in 1387 AH. He also directed the construction of a library for the Grand Mosque in 1391 AH and a factory for Kaabah Kiswah (Cover) in its new location in Umm Al-Joud along with expanding its works.

The factory of Kaabah Kiswah was opened after the completion of construction and furnishing in 1397 AH.

In 1398 AH, the piazza was expanded, its floor was furnished with heat-resistant marble and the pulpit was transferred while the basement of Zamzam was expanded, making its entrance close to the edge of the old mosque in the direction of Masa'a.

In 1399 AH, during the reign of late King Khalid bin Abdulaziz Al Saud, the door of the holy Kaabah was changed into a door of pure gold, made by Ahmed bin Ibrahim Badr, Sheikh of goldsmiths at that time. He used 280 kg of pure gold in manufacturing the door. Some considered it the largest gold block in the world, which is the current existing door, and a door was made inside the holy Kaaba for ascending, which is called the door of repentance.

In 1417 AH, during the reign of late King Fahd bin Abdulaziz Al Saud, comprehensive restoration of Kaabah at the highest modern architectural specifications was carried out, where it stayed about 375 years without comprehensive restoration; yet in this current prosperous Saudi era, the Grand Mosque was reconstructed three times along with historical architectural expansions that have never been seen in history. 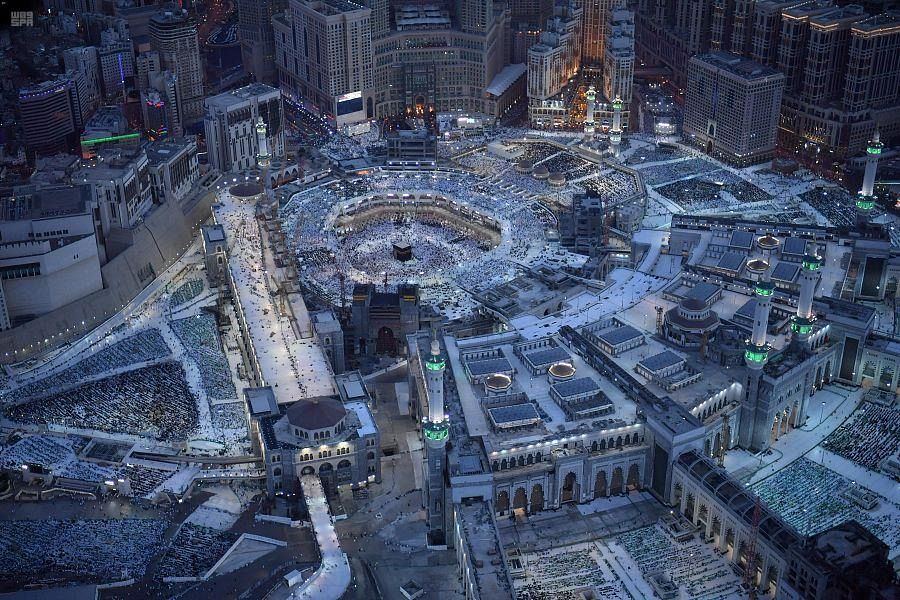 In the reign of late King Fahd, the Grand Mosque was largely expanded in 1403 AH, where the real estate of the small market (west of the Mosque) was dispossessed to facilitate the expansion as the King ordered. The dispossessed land was 30,000 square meters and was allocated as a temporary prayer area before construction.

In 1406 AH, the late King Fahd ordered to pave the ground with temperature-proof marble, and to construct five escalators and five bridges for first floor entry. In 1409 AH, King Fahd laid the foundation stone for a large second expansion.

In the reign of the late King Abdullah, the third expansion was launched to become the greatest of all times including the Grand Mosque to accommodate 2 million worshippers.

The Kings of the Kingdom of Saudi Arabia have also developed the Holy Sites in Makkah including Namira Mosque in Arafat, the Holy Mosque in Muzdalifah, and Al-Khaif Mosque in Mina, as well as the provision of infrastructure and service facilities for health, environment, security, transport, telecommunication, road network between the Holy Sites and Makkah, fireproof tents in Mina, Jamarat (Throwing Pebbles) Bridge and Train of the Holy Sites.

In the reign of the Custodian of the Two Holy Mosques King Salman bin Abdulaziz Al Saud, the Holy Sites in Makkah are still being developed and maintained. He ordered to continue with the third expansion of the Grand Mosque and the Prophet’s Mosque, and to follow up on the development projects of Makkah, Madinah and the Holy Sites, in order to improve the services being provided to citizens of the two holy cities and visitors of the Two Holy Mosques.

His Royal Highness Prince Mohammed bin Salman bin Abdulaziz, Crown Prince, Deputy Prime Minister, Minister of Defense and President of the Royal Commission for Makkah City and Holy Sites has inspected the Holy Kaaba, and the projects of Makkah, Madinah and the Grand Mosque. He is keen on developing and maintaining the Two Holy Mosques to improve the services and facilities of Makkah and Madinah in accordance with the objectives of the Kingdom's Vision 2030. 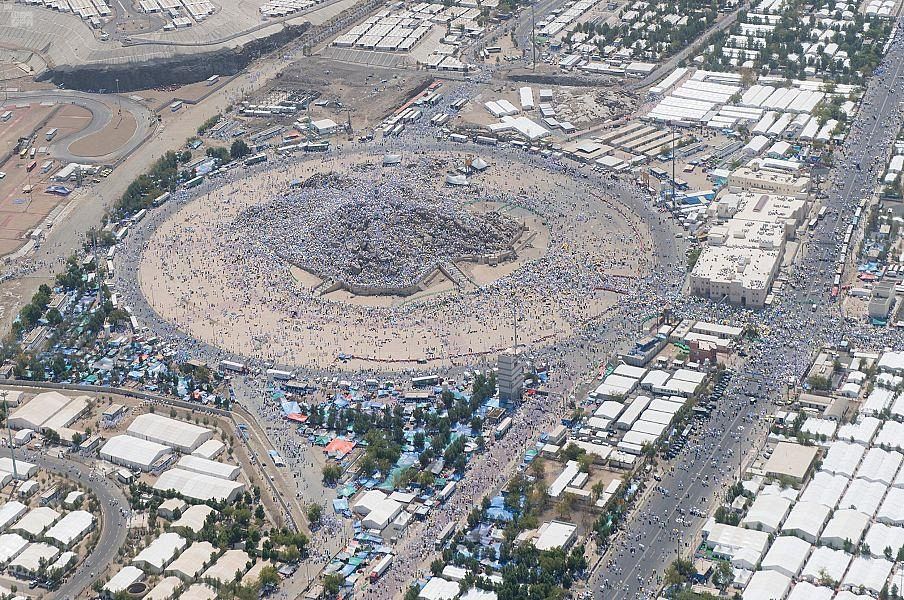 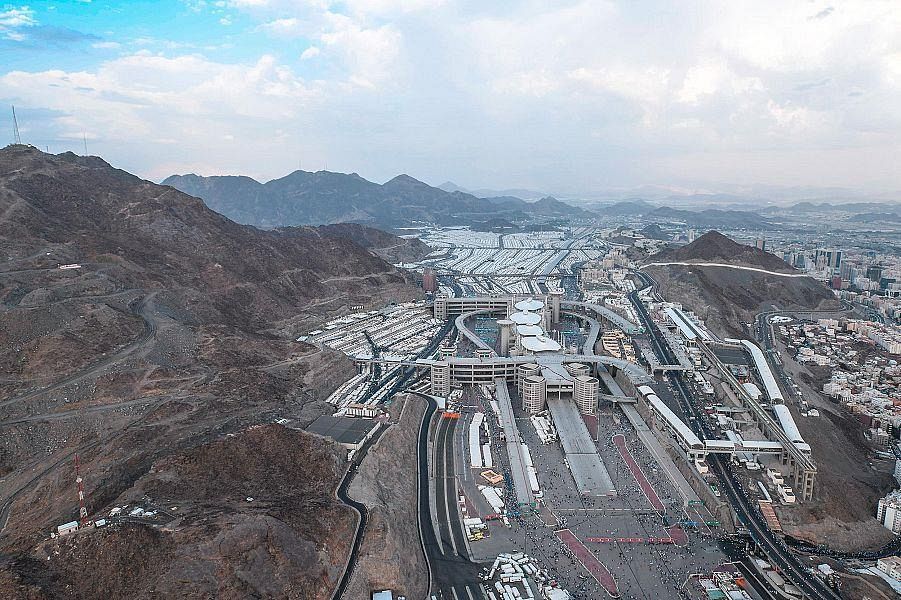