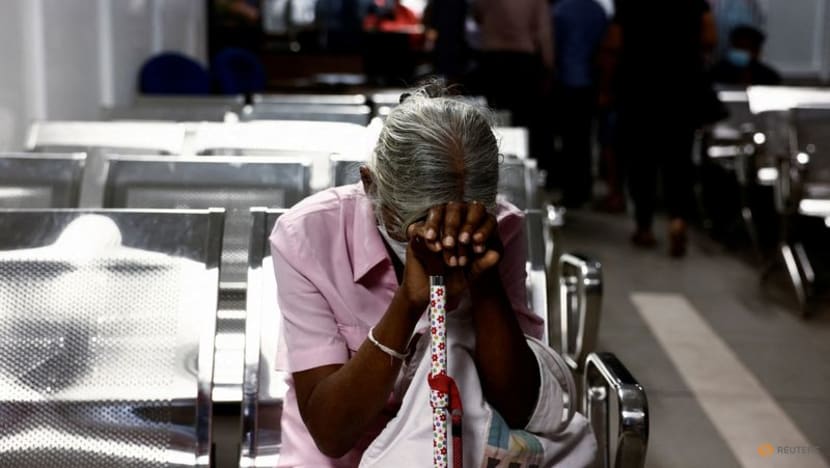 India's top diplomat held talks with Sri Lanka's president and prime minister on Thursday (Jun 23) as India signalled its willingness to go beyond the US$4 billion in loans, swaps and aid that it has already provided its cash-strapped neighbour.

Sri Lanka is facing its worst economic crisis in seven decades, with a severe foreign exchange shortage hampering the import of essentials including food, fuel and medicines.

The island nation off the tip of southeast India needs about US$5 billion in the next six months to cover basic necessities for its 22 million people, who have been struggling with long queues, worsening shortages and power cuts.

The Indian team held a separate meeting with Wickremesinghe, the Central Bank governor and finance ministry officials, an official from the prime minister's office said.

"The delegation will also hold discussions with senior officials on the economic situation in the country and the short-term and long-term assistance requirements," Sri Lanka's foreign ministry said in a statement.

India has been the principal source of foreign assistance to Sri Lanka this year, supplying more than US$4 billion, Wickremesinghe told parliament this week.

The neighbours are also in talks for additional support including a US$500 million credit line for fuel and help with importing fertilizer and rice as Sri Lanka attempts to stave off a food crisis, officials said.

Sri Lanka plans to hold a donor conference with China, India and Japan, Wickremesinghe said, as it continues talks with the International Monetary Fund for a bailout package of about US$3 billion.