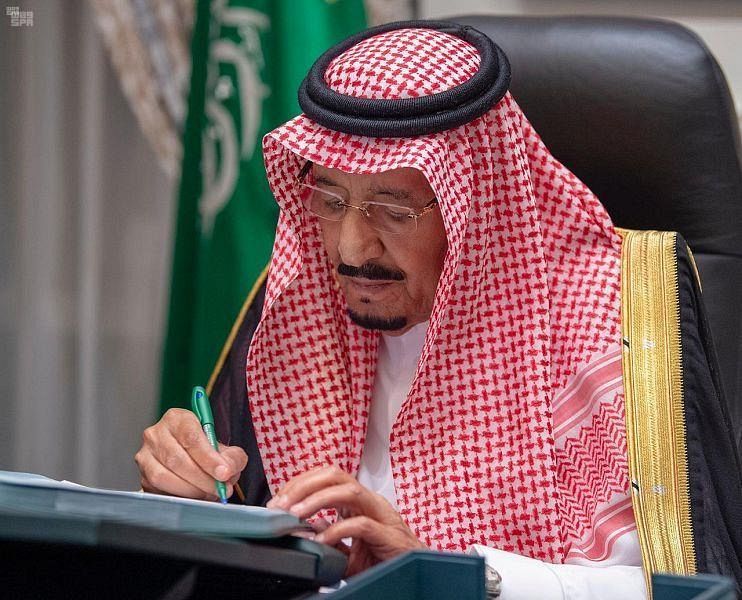 The Custodian of the Two Holy Mosques expressed thanks and appreciation to the leaders and officials of the brotherly and friendly countries who expressed their congratulations on 90th National Day of the Kingdom of Saudi Arabia and to the citizens for the noble feelings.

The Custodian of the Two Holy Mosques briefed the Cabinet on the phone call with Prime Minister Narendra Modi of the Republic of India which reviewed bilateral, solid and historical relations binding the two friendly countries and peoples and discussed joint opportunities for their development.

Then, the Cabinet commended the contents of the Kingdom of Saudi Arabia's speech delivered by the Custodian of the Two Holy Mosques before the 75th Session of the United Nations General Assembly in New York, which emphasized the Kingdom’s continued commitment, as chair of the Group of Twenty (G20), to advance efforts of the international response in order to deal with the novel Coronavirus (COVID-19) pandemic, address its humanitarian and economic implications and consolidate the Kingdom's approach in its regional and international environment and its policy that is based on respect for the international laws and norms. The Cabinet added that the speech reflected the Kingdom's continuous pursuit to achieve security, stability and prosperity as a strategic choice, its call for coexistence, peace and moderation, solidarity among the countries of the world and peoples in addressing the exceptional common humanitarian challenges facing the world and supporting the political solutions to conflicts as well as combating extremism in all its forms and manifestations.

In a statement to Saudi Press Agency (SPA), Acting Minister of Media Dr. Majid bin Abdullah Al-Qasabi pointed out that the Cabinet welcomed the Kingdom's announcement that the G20 Leaders' Summit for 2020 will be held virtually under the chairmanship of the Custodian of the Two Holy Mosques on its scheduled date on November 21-22, in light of the global conditions associated with the novel Coronavirus (COVID-19) pandemic, appreciating the international efforts led by the G20 countries, which resulted in providing more than USD 21 billion to support the production of diagnostic and therapeutic tools as well as distribution and availability of vaccines, in addition to pumping more than USD 11 trillion to protect the global economy and providing more than USD 14 billion to mitigate the debt burdens in the least developed countries to fund their health systems and social programs.

The Cabinet reviewed the developments of the Coronavirus pandemic at the local and international levels, and the efforts made by the concerned authorities with the producers of the anti-virus vaccines, so that the Kingdom would be at the forefront of countries eager to accelerate the provision of an effective and safe vaccine and contribute to it if it is approved, and the positive indicators and curves of the virus shown by the statistics of cases recorded in the Kingdom, with the decline in the number of infections in all cities, and with the Kingdom recording the highest ranks among the countries of the world in health safety, qualitative research, health indicators, and laboratory testing policies in facing the pandemic.

Dr. Majid Al-Qasabi indicated that the Cabinet followed up on the preparations and operational plans of the concerned authorities to provide the highest health standards and the most accurate precautionary measures, with the near start of the stages of gradual return to performing Umrah, entering the Grand Mosque and visiting the Holy Rawdah in the Prophet’s Mosque, according to specific arrangements and multiple stages subject to continuous evaluation according to the developments of the pandemic. The Cabinet stressed the keenness of the government of the Custodian of the Two Holy Mosques to enable pilgrims from inside and outside the Kingdom to perform the ritual in a safe and healthy manner that fulfills the requirements of prevention and spatial separation necessary to ensure human safety and protection and achieves the objectives of Islamic law in preserving human lives.

The Cabinet appreciated the relentless efforts undertaken by the Presidency of State Security and its employees in following up and tracking down the criminal elements that pose a threat to the country's security, capabilities, and social peace. The Cabinet referred in this regard to the arrest of a terrorist cell whose elements received military and field training inside sites in the Revolutionary Guard in Iran, including ways and methods of making explosives, and seizing a quantity of hidden weapons and explosives. The Cabinet appreciated their confrontation of criminal plans and anyone contemplating to undermine the security and stability of the Kingdom and the safety of its citizens and expatriates on its lands.

Dr. Majid bin Abdullah Al-Qasabi pointed out that the Cabinet reviewed the latest regional and international developments, reiterating the Kingdom's affirmation, before the International Atomic Energy Agency General Conference, on the need for the international community to take a firm stand towards Iran and to deal seriously with its violations related to its nuclear program, as well as the Kingdom of Saudi Arabia's support for the positive initiatives calling for creating geographic regions free of nuclear weapons and working with the international community to make the Middle East a zone free of these weapons.

The Cabinet addressed the urgent measures issued by the emergency meeting of the Council of Arab Ministers Responsible for Environmental Affairs, that the Kingdom of Saudi Arabia called for, to avoid a potential environmental catastrophe due to the failure to maintain the oil tanker Safer, anchored off Ras Issa oil port, in the Red Sea, since 2015, calling on all Arab, regional and international countries to cooperate in taking the necessary steps leading to addressing the situation, which poses a serious threat to all coastal countries of the Red Sea, especially the Kingdom of Saudi Arabia and Yemen.

The Cabinet pointed to the Kingdom of Saudi Arabia's concern over and interest in the developments of the situation between Armenia and Azerbaijan, urging both parties to cease fire and resolve the conflict peacefully in accordance with the relevant Security Council resolutions. 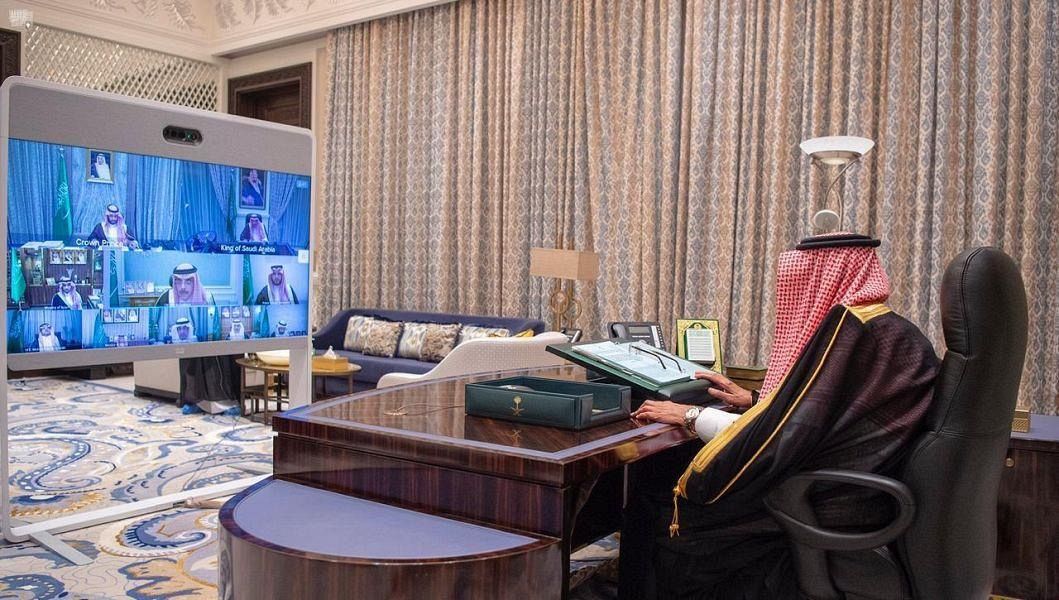 Second: The Cabinet authorized the Minister of Interior - or his deputy - to discuss and sign with The United Nations Office on Drugs and Crime (UNODC) a draft memorandum of understanding for cooperation in the field of crime prevention and achieving criminal justice between the Ministry of Interior of the Kingdom of Saudi Arabia and the UNODC.

Fifth: The Cabinet Approved the start of the automated system for listing home ownership.

Sixth: The Cabinet Approved the renewal of a number of memberships and appointing new members to the Board of Directors of the General Organization for Social Insurance (GOSI).

Seventh: The National Development Fund, in order to achieve its goals and the goals of its development funds and banks, may establish companies or establishments with special purposes or other legal entities, inside and outside the Kingdom, or contribute to them alone, or with the participation of others from the public or private sectors, invest inside the Kingdom and abroad and own and dispose of assets.

Eighth: The Cabinet approved a number of promotions and a post of Minister Plenipotentiary.

The Cabinet was briefed on a number of issues on its agenda and took relevant recommendations.