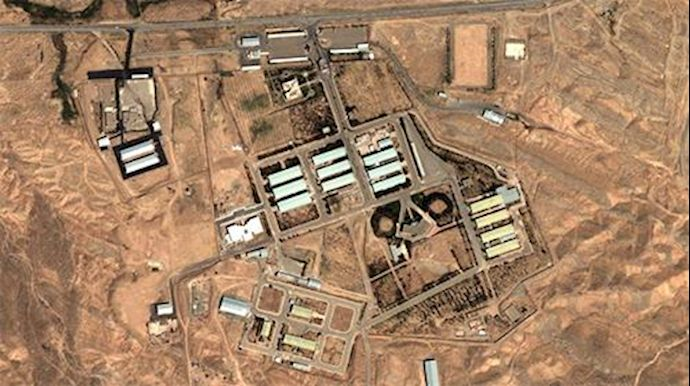 Iran Challenges US, Over Nuclear Restrictions

A resolution presented at the International Atomic Agency (IAA) by Germany, France, and England was eventually passed on June 19, 2020, enjoying a good majority of the votes. (25 countries, aye; 7 abstentions; Russia and China, nay; and Paraguay was absent). The resolution calls on the Iranian regime to give access to two of its atomic sites to IAA’s inspectors.

Iran is suspected of having been carrying out nuclear activities at these two sites in the 2000s in order to obtain nuclear weapons.

Tehran horrified by the thought of the outcome of such a resolution tried to prevent its approval by any means; both carrots and sticks.

More evidence of a change of course by the Europeans towards the Iranian regime is a statement made by the same three nations which underline the nonproliferation of nuclear weapons.  It reads in part: “We believe that revocation of the arms embargo against Iran in October will provoke complications in the security and stability of the region. We remind that the EU’s sanctions on (Iran’s) conventional weaponry and (its) missile technology will stay put till 2023.”

At a conference last week at the office of the National Council of Resistance of Iran (NCRI) in Washington D.C., the former deputy of the IAA and former head of the agency’s inspectors in Iran, Olli Heinonen, being well familiar with the Iranian regime’s covert projects and how it whitewashes them, stated: “The Iran regime has not only increased the number of IR2 and IR4 centrifuges but has also produced a ton of 4.5% enriched Uranium. This amount, if enriched up to 90%, is enough for producing one atomic bomb.”

Early reactions and positions were taken by the Iranian regime’s Foreign Minister, Mohammad Javad Zarif, and the regime’s representative in

Vienna, Gharib-Abadi, points to this regime being bewildered and weakened by its political dead-end.

Zarif said: “We will not let the IAA turn into a tool in Trump’s hands to destroy JCPOA.”

Kazem Gharib-Abadi called the resolution “deeply disappointing” and said the issue of inspection is ‘vague and worrisome’.” This representative threatened that this resolution “neither incites us to give access to IAA nor puts any pressure on us.”

Tehran, predicting the resolution’s agreement had accused the US of pursuing its ratification with the intention of inducing the IAA’s Governing Council to follow US policy, even though it had left the JCPOA. In that way, Tehran wanted to prevent the inspection of its suspicious sites.

Meanwhile A massive explosion occurred at the village of Parchin, the site of an Iranian military complex located about 30 kilometers (19 miles) southeast of Tehran. at around 00:30 a.m. local time on Friday, June 26, 2020. However, Brigadier General Davoud Abdi, , the Director-General of public relations of the Iranian regime’s Ministry of Defense and Logistics said the explosion at Parchin' "public area" was the result of a natural gas tank blast.

NCRI statement said: the claim by Davoud Abadi is a sheer lie. Eyewitnesses in Hamamk and the village of Nik, who is the closest to the area from the eastern side of the point of the explosion, said the reality and what they witnessed contradict this claim. Specifically, most of the windows of homes in the neighboring villages were shattered, and older walls suffered cracks. A number of the residents were killed or wounded, and the Red Crescent went to the location to help. The traffic created by ambulances and firefighters going from Tehran to Pakdasht and the ban on residents of Hamamk and Nik to leave the area all has to do with the explosion. Helicopters have been hovering above the zone of the blast since this morning.

The massive explosion took place in the section designated for the production of ammunition, in particular warheads for ballistic missiles.

Parchin complex is comprised of dozens of military factories and hundreds of warehouses and storage buildings. Besides, it includes dozens of tunnels and underground facilities.

To end this , As the appeasement policy is now a defeated one and as a result, Tehran is internationally isolated, it has to yield to this resolution otherwise it will have to face great international consequences, the most important and imminent one being continuation of the arms embargo.

Entangled as it is in critical economic conditions and the lethal coronavirus catastrophe, Tehran tries to control an explosive society with suppression. The Supreme Leader, Ali Khamenei, wasting all the privileges that JCPOA had for him in exporting terrorism, warmongering, and suppression sees no light at the end of this tunnel.

He must now decide which international roadmap to take; permit the IAA inspectors to have access to these two sites or to face the continuation of the arms embargo.

The result of the recent session of the Governing Council is very influential in determining the next step that both the Iranian regime and the international community will take. Decisions that will lead to the continuation or abolition of the Iranian regime’s arms embargo at the UN Security Council.