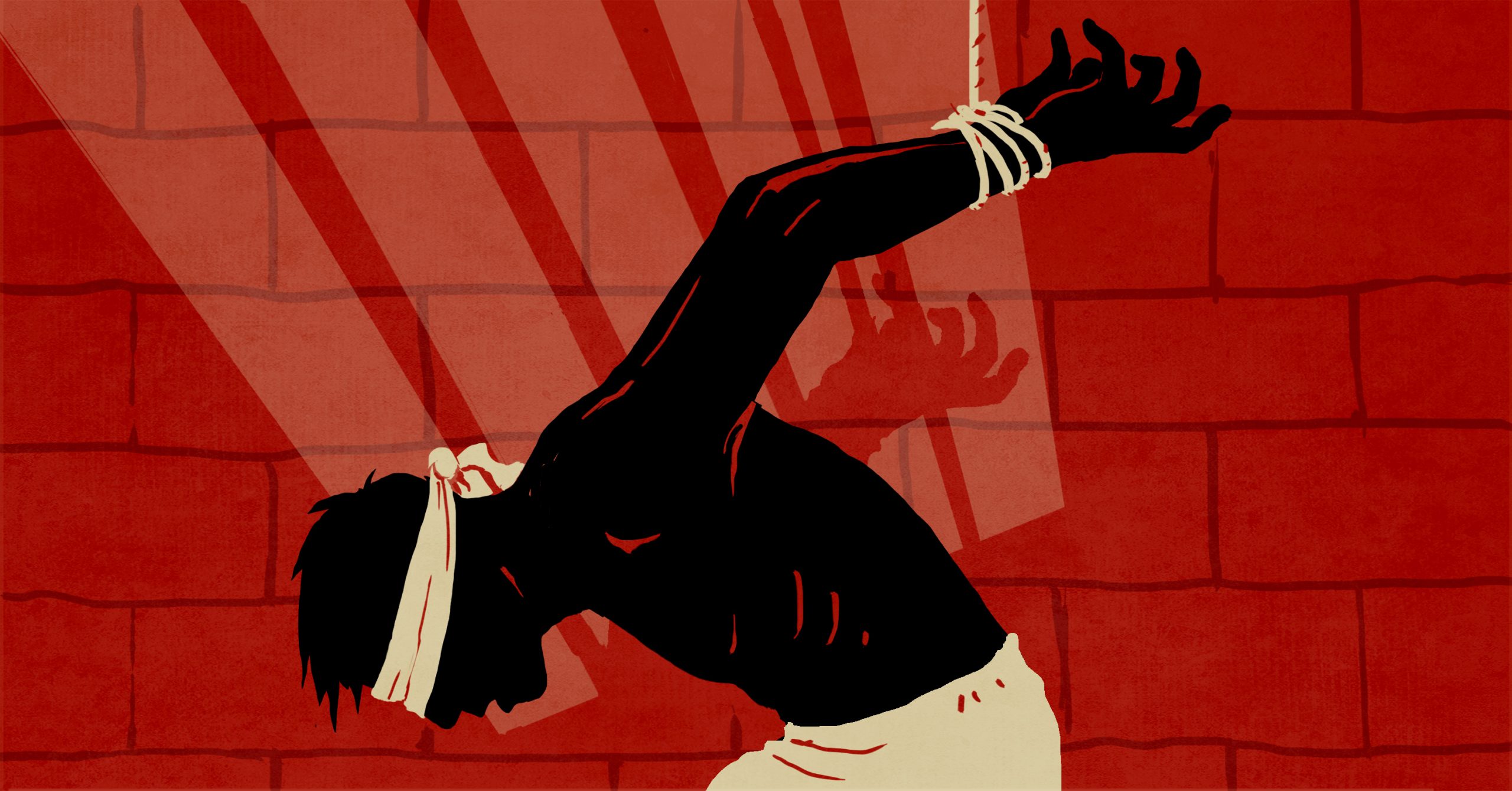 Horrifying tortures and mock execution of peaceful demonstrators in Iran

Following the Amnesty International's disclosure that “Iran’s police, intelligence and security forces, and prison officials have committed a catalogue of shocking human rights violations, in connection with the nationwide protests of November 2019”,  details of many secret detention centers of the Islamic Revolutionary Guards Corps (IRGC) and the Ministry of Intelligence and Security (MOIS) have been unveiled by the Iranian opposition, National Council of Resistance of Iran (NCRI). Based on credible sources inside Iran the NCRI revealed the following:

A protester identified by his initials M-A was arrested by the IRGC Intelligence Division and taken to an unmarked detention center, where he was tortured for two days with batons and shocker on sensitive parts of his body. G-A, another protester, was arrested by IRGC intelligence. He was tortured in a gym for a week with a shocker and a baton. He was forced to undress and was hit on the sensitive parts of his body with a shocker. Another prisoner, initialed M-S, was tortured in the same place, also forced to undress.

Mock execution is one method of torture that the IRGC uses on many November Uprising detained protesters. In some cases, prisoner would be thrown off from rooftop.

The detained protester initialed as M-A was mock executed twice. Once, he was placed in the trunk of a car and transported to another location where he was told to get ready for execution. Then, while blind-folded, they shot near his ear and around him.

In some cases, a cleric tells the prisoner to make his will and be ready for execution. One prisoner was refused food and told that he would be executed at night, then he was handcuffed and taken out of the cell.

A detained protester initialed as A-R was severely tortured in ward number 240 of the notorious Evin Prison while blind-folded. Then they took him to another place and told him to make a will because "we want to hang you." The whole scene was set for execution. They put a stool under the prisoner's feet and continued this psychological torture for hours.

Torture of children and adolescents

Among those arrested in November 2019 uprising were many children and adolescents under the age of 18 who were severely tortured. A-K was tortured with a shocker and baton and was also whipped, and his nails were pulled out. A-M., another under 18, was severely tortured with a shocker. Some of the young detainees were raped several times. Another method of torture is pouring cold water underneath the prisoner and on the cell's floor, and the prisoner is kept in that condition for days, suffering from leg and back pain and other serious complications.

Amnesty International’s research found that “there was widespread use of torture and other ill-treatment by police, intelligence and security agents and prison officials against men, women, and children, both during arrest and later in detention” so torture has become an “epidemic” in Iran.

The IRGC Intelligence Division in Shiraz tortures the detainees in a prison called Ebrat. At its entrance it is written:  "There is no God here." Navid Afkari, a wrestling champion executed last week, was held here together with his brothers.

In this prison, detainees are tortured blindfolded. The prisoner is hung from the ceiling and beaten with a cable on the hands, feet, and fingers. In many cases, the prisoner's fingers break. Another way of torture is to strip the prisoner and place him in the extreme cold weather. Many of the detainees were left unattended after the brutal torture with their wounds getting infected. Some prisoners' nails were pulled out. Three detainees died in this prison under torture.

Prisoners on death row are transferred to solitary confinement the night before the execution. The regime is cautious that the identities of the detainees in Ebrat prison would not leak out.

Mrs. Maryam Rajavi, President-elect of the NCRI, made the following appeals to save the lives of the detainees of the November uprising.

While Iranians are left with no avenue of free and peaceful expression of their views and protests, it is upon the international community to be their voice and impose meaningful pressures and sanctions to stop the ongoing brutality in Iran.