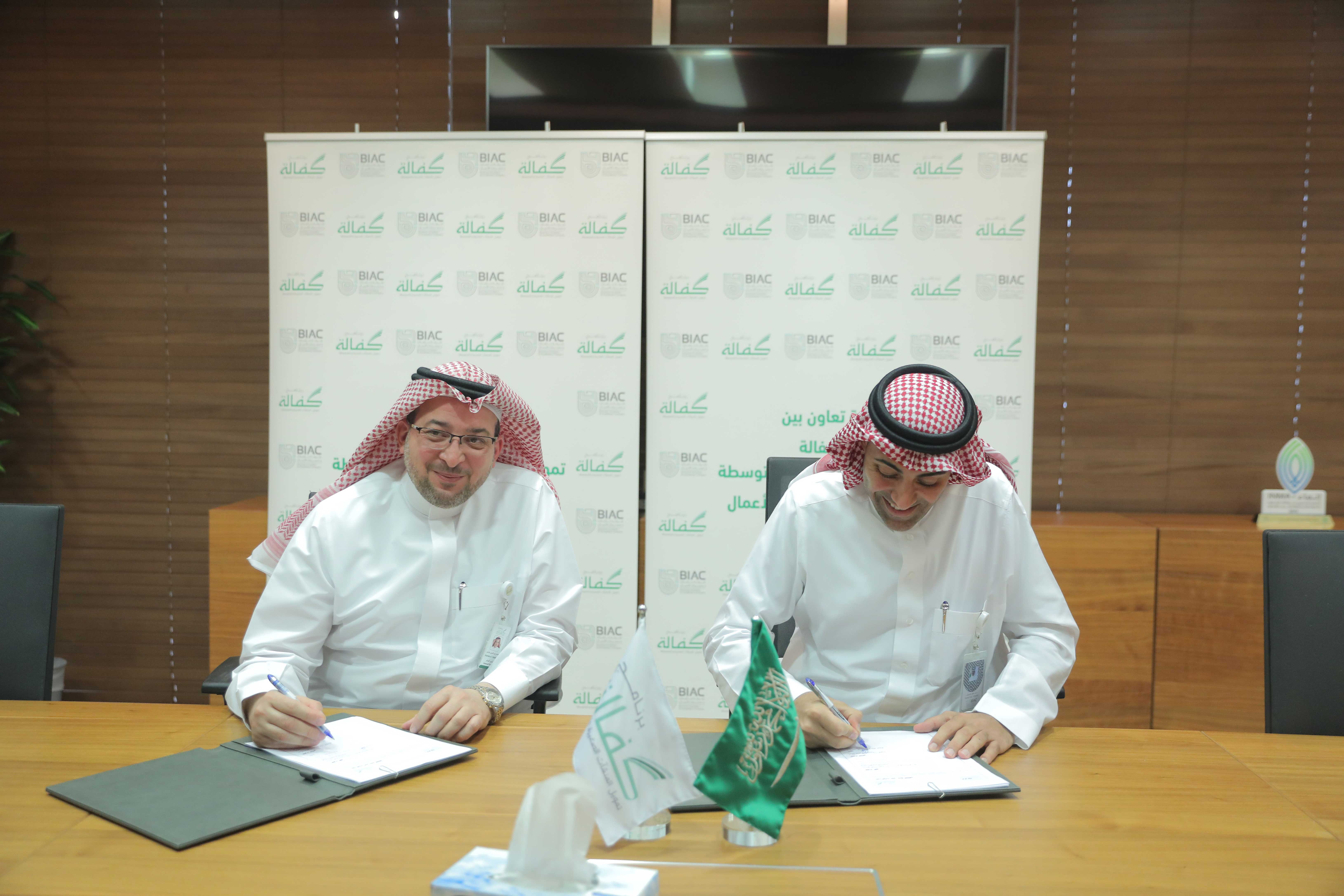 Kafalah, a Saudi-based SME financing guarantee program and the Business Incubators and Accelerators Company (BIAC), a government company owned by “TAQNIA” that is owned by the Public Investment Fund (PIF), signed a cooperation agreement today to facilitate the financing of technical startups incubated or graduated by Badir Technology Incubators and Accelerators Program, which is managed and operated by BIAC.

The agreement aims at joint co-operation between the parties to overcome the obstacles and challenges facing the SME sector, in order to enhance the sector and increase its contribution to the national economy, in line with the Kingdom's Vision 2030.

The agreement was signed by Mr. Homam Hashem, the General Manager of Kafalah Program, and Mr. Nawaf Al Sahhaf, the CEO of BIAC, at the Program's premises in Riyadh in the presence of senior executives of both sides.

Under the agreement, Kafalah will provide private sector financing agencies with the necessary guarantees to support the startups incubated or graduated by Badir, which seek in turn to obtain finance to develop and expand their business. According to the products approved by the Program, the documents of prior financing guarantees are deemed guarantor before the financing agencies.

In this context, Mr. Homam Hashem, the General Manager of Kafalah, stated that the agreement was signed within the framework of Kafalah’s efforts to stimulate the SME and startups sector, in line with the agreements signed by Kafalah with a number of banks, financing agencies and public and private partners, to keep up with the steady growth in the number of applications filed for finance under the guarantee of the Program.

Mr. Nawaf Al Sahhaf, the CEO of BIAC, said that the strategic partnership with Kafalah will provide necessary finance to the promising and leading SMEs, in particular those incubated by the business incubators and accelerators operated and managed by BIAC, mainly Badir Technology Incubators and Accelerators Program.

He indicated that the number of enterprises incubated by the Badir Program reached about 655 technical projects as from the establishment of the Program up to the end of the second quarter of this year.

Kafalah Program is designed to facilitate the economically viable SMEs, which are unable to provide the required guarantees to the financing agencies.  The Program helps the SME sector to obtain finance to develop and expand its business and encourages the financial institutions to deal with this sector due to its important role in the national economy as it contributes to the creation of new job opportunities and develops the less economically active governorates.

BIAC specializes in the management and operation of a number of programs, incubators and accelerators, the most notably are Badir Program, including all its incubators and accelerators amounting to eight incubators in seven regions; the Saudi Water Innovation Center Program; the Fast Track to Innovation Program that encourages the exchange of knowledge, information and innovation between the Kingdom of Saudi Arabia and the United States; the Innovation Center for Industry 4 Program in the Kingdom; and the operation and management of the technological industrial facilities and Haramain accelerators.