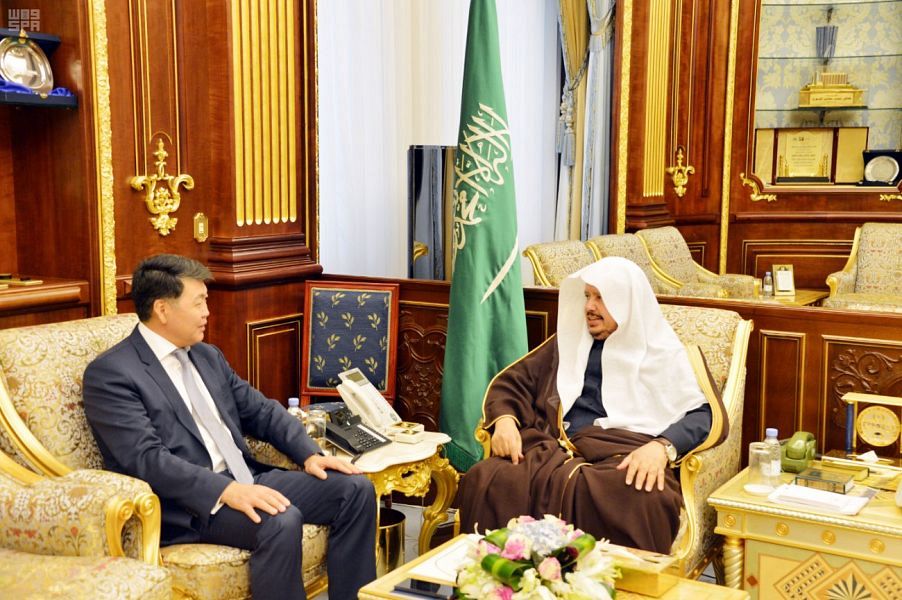 Speaker of the Shura Council Sheikh Dr. Abdullah bin Mohammed bin Ibrahim Al Al-Sheikh has received the newly appointed Ambassador of the Republic of Kazakhstan to the Kingdom of Saudi Arabia, Berik Aryn.

During the meeting, they reviewed a number of issues of common concern between the two countries, ways of enhancing bilateral relations in various fields, especially the parliamentary relations between the Shura Council and the Senate and the House of Representatives of Kazakhstan.

They also discussed activating roles of the Saudi-Kazakh Parliamentary Friendship Committee, in order to enhance parliamentary cooperation relations through exchange of visits in a way that contributes to enhancing cooperation and joint work between the two countries.