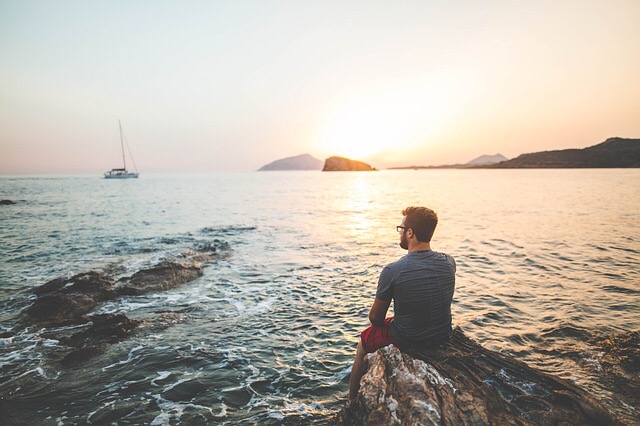 A Journey towards Peaceful Civilization

Peace is more than the absence of war and appearance of violence. It is a state of positive and constructive world-view and world-order. Peace is the most urgent and most ancient item on the agenda of humanity. Peace has been and still is the primary quest of people.

We live in the global village. But what if the global village were to become the arena of violence and war? The climate of modern world is wholly hostile. What we see without believing that we see it is a dehumanized fragmented world: the human family is broken by exploitative social order, the village is destroyed by techno-centric development, the city is corrupted by conspicuous consumerism, injustice is caused by man-made laws, discrimination is made by claims of equity, oppression is committed by those demanding rights without-duties; violence is done by self-appointed guardians of humanity.

Conflict and violence afflict and damage all aspect of human life. They destroy the physical habitat of people. They inflict physical and psychological injuries on people. They cause social dislocation, poverty and disease and weaken the moral and spiritual fabric of individual and community life. In such a state of human degeneration; can we diffuse glory with peace? Can we recognize ourselves with peace? Can peace be ever brought through totalitarian dictatorships- republics disseminating fear? Can there be a world without wars?

At present, we are living in a civilized world, we enjoy numerous kinds of comforts and facilities, these amenities were not available in the early history of mankind. It is the end result of a long process of development. Primitive man lived a life of hardship that is a called stone age. In this stage everything was in its crude state.

The man embarked on a long journey of development, first he started to travel on horseback, then he invented the wheel and finally, by dint of long research, he developed technology, which consequently gave rise to travel by car and aeroplane. Human in this way moved on from essentially crude means of securing comfort to modern technology. It was a very long journey- the journey of civilization, in which all mankind was, directly or indirectly, involved.

People made great sacrifice, generation after generation; they spent their energy and time on developing thing which would be used to everyone and everywhere. In this way, people planted a garden of civilization; we thus, owe a debt to the whole humanity.

Every individual and group has a worldview to establish peace on the earth using various means including the tool of education. Peace and education are inseparable aspects of civilization. No civilization is truly progressive without education, and no education system is truly civilizing unless it is based on the universal principles of peace.

Today, there are a large number of national and international organizations concerned with peace. Peace-making and peace-keeping are its core functions, but Peace is still a dream. Violence is unleashed all over the word. The practical way to live peacefully must be found. The approach to peace must be universal, not merely institutional, but with the backing of all. All citizens, communities and groups must participate actively, honestly and dutifully in a concerted effort to do away with war in all its forms.

To bring peace in the world, we have to form a network of holy men, the actors in peace, contemplating sovereign goodness and bringing peace and pleasure within every man. To build a culture of peace brick by brick and community by community and to maintain the balance between this-worldly and the other-worldly needs actualized by moral education. This is the first step in education for peace.  Education, both formal and informal, has always been and will always be an essential aspect of human life.

Through moral education, we can discern following requirements on the part of the present-day society for the establishment of a new world order and permanent peace on earth: unity of nations, unity in the political realm, unity of thought and unity of freedom. It requires considerable insight to be able to see the brilliant rays of unity and peace beyond the dark clouds of conflict and violence.

Moral based education can unite all hearts and cause wars and disputes to vanish from the face of the earth; it can create a sense of brother and humanity and finally can bring light and life to every soul. For a civilized and socialized society, moral education is the only means in the journey of peaceful civilization.