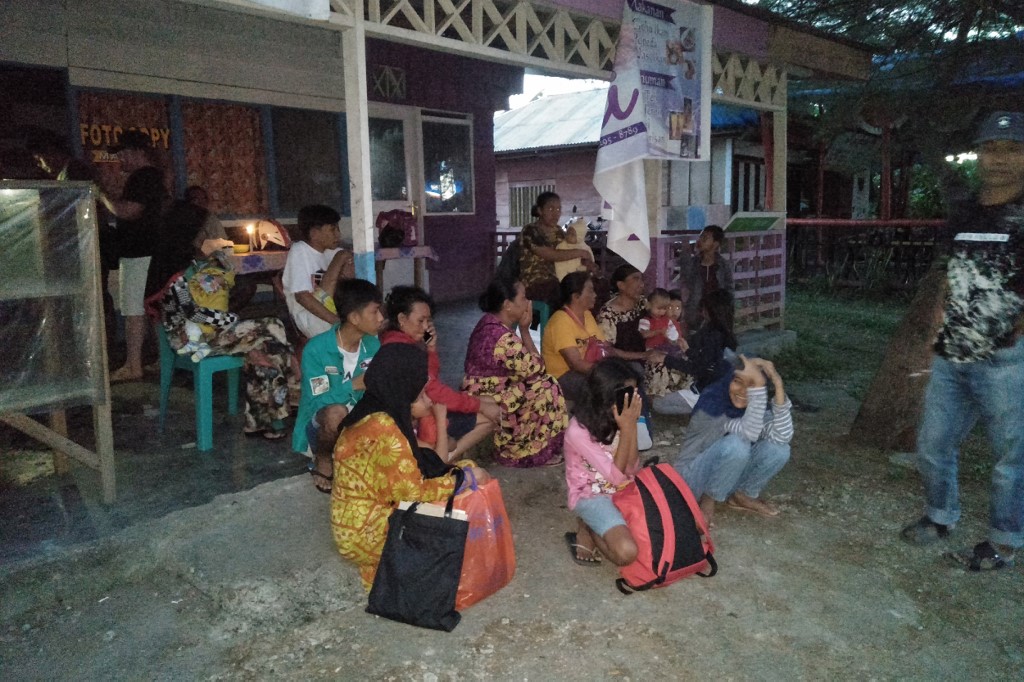 A magnitude-7.2 earthquake that rocked the Molucca islands in eastern Indonesia killed two people and damaged dozens of homes and buildings, officials said on Monday, according to dpa.

Two women were killed on Sunday after they were hit by debris from their homes on Halmahera island, said Agus Wibowo, spokesman for the National Disaster Management Agency. "Rescue workers are trying to reach affected areas by land and sea," he told reporters.  At least 58 homes were damaged and more than 2,000 people have sought refuge in government buildings, Agus said.  The Sunday quake sparked panic on islands in North Maluku province.

It had occurred at a depth of 10 kilometres, with its epicentre located inland, north of Ternate city, the agency said.