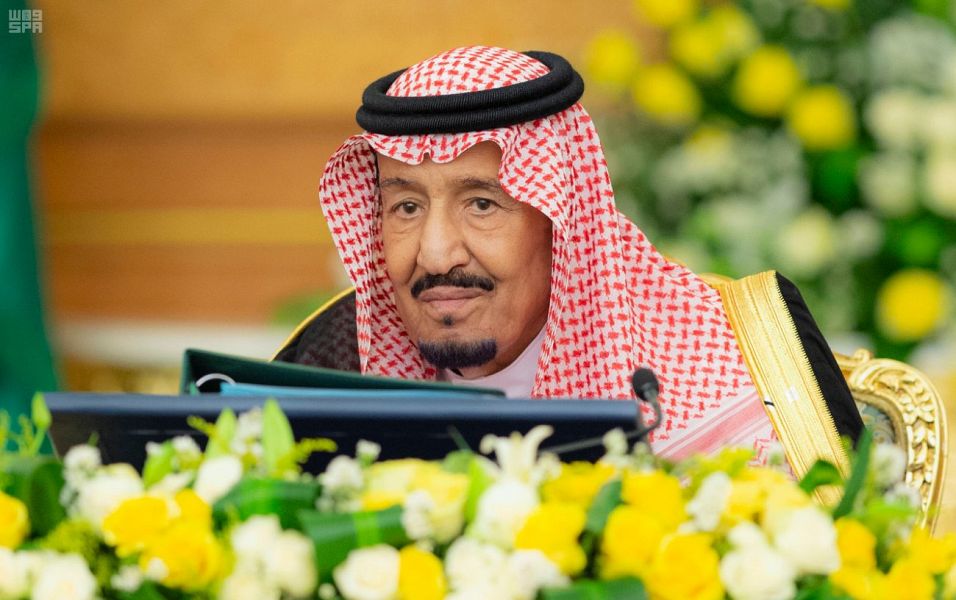 In a statement to Saudi Press Agency following the session, Turki bin Abdullah Al-Shabanah, Minister of Media, disclosed that the Cabinet was briefed on a number of reports about the latest developments at the regional and international arenas and the various efforts towards them.

The Cabinet affirmed that the Custodian of the Two Holy Mosques' call to the leaders of Gulf Cooperation Council (GCC) Member States and the Arab countries to hold two GCC and Arab emergency summits in Makkah on 30th, May, 2019 reflects his keenness to consult and coordinate with the brotherly countries regarding enhancing security and stability in the region, particularly following the Iranian regime and its aggressive proxies' acts in the region and their grave repercussions on the regional and international peace and security as well as the supply and stability of oil markets in the world. 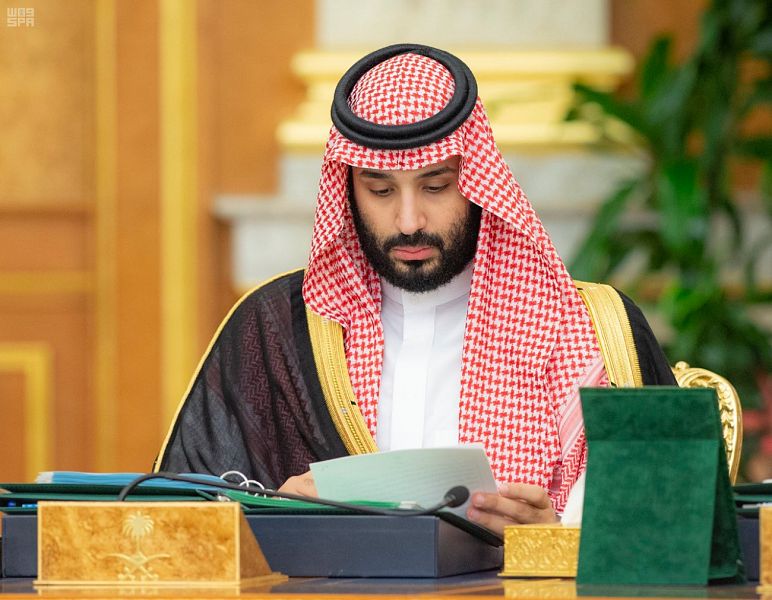 The Minister of Media reiterated that the Kingdom seeks peace in the region and does not seek any other, and will do everything in its power to prevent war, adding that the Kingdom's hand is always extended for peace and seeks to achieve it and believes that the peoples of the region, including the Iranian people, have the right to live in security and stability and to move towards development.

The Cabinet called on the international community to shoulder its responsibilities by taking a firm stance against the Iranian regime to coerce it stop its behavior and prevent it from spreading destruction and chaos throughout the world, as well as its proxies to push them away from recklessness and senseless behaviors in order to spare the region risks and not to push the region to undesirable consequences.

The Cabinet expressed the Kingdom's hope that the 14th Session of the Islamic Summit of the Organization of Islamic Cooperation, chaired by the Custodian of the Two Holy Mosques and to be hosted by the Kingdom on 31st, May under the theme "Makkah Summit: Hand in Hand towards the Future", takes a unified stance towards issues and ongoing events in the Islamic world.

He pointed out that the Cabinet drew attention to the Custodian of the Two Holy Mosques' directive to deposit $250 million for the benefit of the account of the Central Bank of Sudan, based on a previously made announcement to provide the brethren Sudanese people with a joint aid package from the Kingdom of Saudi Arabia and the United Arab Emirates, to bolster its fiscal as well as economic positions, notably the rate of exchange of the Sudanese Pound, in order, that it may positively be reflected on the day-to-day life of the brethren, in Sudan.

The Cabinet also welcomed the outcomes of the 14th meeting of the Joint Ministerial Committee of OPEC to monitor the reduction of production accord, which was concluded in Jeddah, under the co-chairmanship of the Kingdom and Russia, as the meeting has reiterated commitment to keep the balance of oil market and to work towards stabilizing it, on a sustainable basis.

On the local aspect, the Cabinet reasserted that the generous support of SR100 million by the Custodian of the Two Holy Mosque for the Jood Eskan (Housing) Platform, kicked off on Monday, and supervised by the Native Development Housing Establishment, in addition to the support of His Royal Highness Prince Mohammed bin Salman bin Abdulaziz, Crown Prince, Deputy Prime Minister and Minister of Defense, that worth SR50 million, fall in line with confirmation of reactivating the social role in accelerating the drive of development through presenting a new model for social backup, where the roles of government, charitable and commercial bodies will converge, via the platform as facade for charitable work, in accordance with specific safeguards, including delivery of subsidies to the eligible.

The Cabinet was informed of the outcomes of the 26th meeting of the governors of regions of the Kingdom and highly appreciated the noble instructions of the Custodian of the Two Holy Mosques prescribing to maintain the security, ease and facilitate the affairs of citizens and expatriates, as well, in the different parts of the Kingdom. 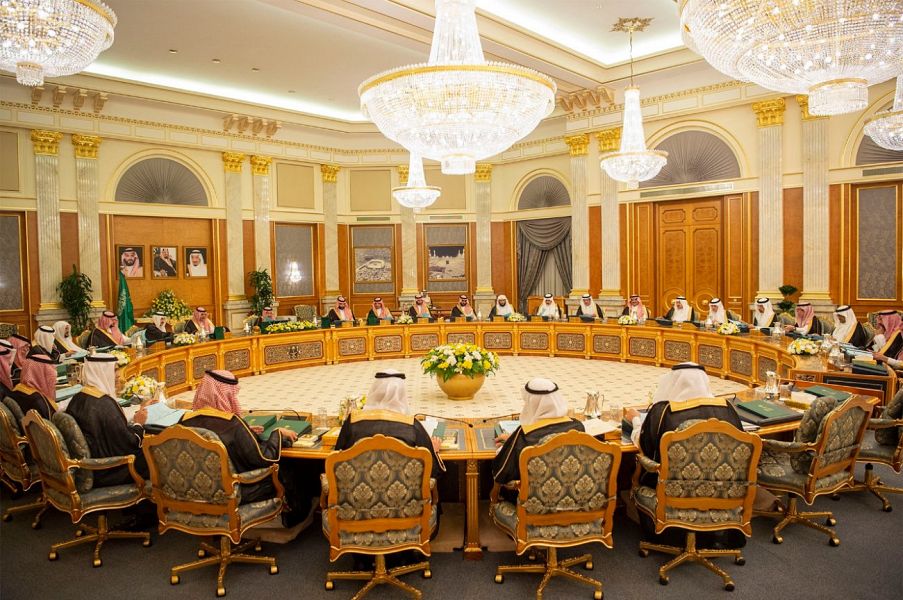 The Cabinet authorized the Minister of Environment, Water and Agriculture, or his deputy, to discuss and sign with the Sudanese side a draft memorandum of understanding between the Government of the Kingdom of Saudi Arabia and the Government of the Republic of the Sudan in the field of environmental protection, conservation of forests and pastures and combating desertification.

The Cabinet approved a memorandum of understanding between the Board of Grievances of the Kingdom of Saudi Arabia and the State Council of the Arab Republic of Egypt in the field of administrative judiciary.

The Cabinet authorized the Saudi Railway Company (SAR) to provide service, maintenance and operation for the Holy Sites Train.

The Cabinet approved accreditation of the Saudi standardization of professions (updated) and the table of attached professions, to meet the needs of the national universal platform of employment, at the National Centre of Information.

The Cabinet approved a number of amendments to the systems of Commercial Names, Importing Chemical Materials and Managing them and the Precious Metals and Gemstones.

The Cabinet approved the Regulation of Serving Foreign Pilgrims.

The Cabinet approved a number of promotions as follows:

1- Abdulrahman bin Abdullah bin Abdulrahman Al-Tuwaijri promoted to the post of Administrative Advisor (Rank 15) at the Ministry of Islamic Affairs, Call and Guidance.

2- Abdullah bin Mohammed bin Rashid Al-Ghumaijan promoted to the post of Legal Adviser (Rank 15) at the Ministry of Islamic Affairs, Call and Guidance.

The Cabinet was briefed on a number of general issues on its agenda, including the annual reports of the Social Development Bank, the Family Affairs Council and the Technical and Vocational Training Corporation, and instructed appropriate recommendations in their regard. 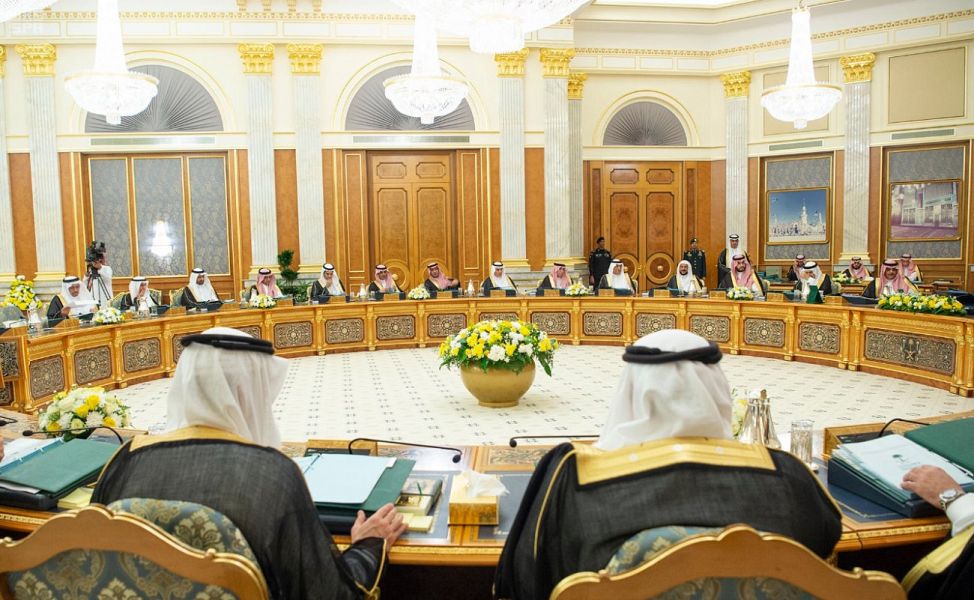